Advice on who to raise

I recently just started Arknights as a side-game (Main game being FGO, waiting for Oniland), and I’m not sure who to focus on raising first.

Here are the Operators I have gotten so far: And these are the ones I have been using in my Squad:

Since I won’t have enough resource to raise many of them, I’d like to get an advice of which ones I should focus on first.

I think you should probably spread the levels out between the units, since this is very early on into the game. At least until you can spread the levels to E1:40 or something.
After that, the units you should push to E2 would probably be Exusiai, after that I’m contemplating between Meteorite or Amiya. Regarding this, I think you should get more higher-rarity units from the gacha before anything can really be decided.
Tips for the early game? I think you shouldn’t be too shy at raising the 3 stars and 4 stars to E1.
3 stars are really cheap to build, doesn’t usually require many materials, and you can reach max potential early into the game. They’re the basic units if I were to have a word to describe them. Popular 3 stars people usually build: Melantha (very good stats even for a 3 star), Kroos (you already have Exu tho, so there’s that), and Ansel (not too sure about this one). My personal fav would be Fang and Plume.
4 stars are more or less the same as 5 stars and 6 stars if we’re talking about performance in E1. They also have access to second skill which offers more tools for them to work with. They’re also cheaper to build and raise compared to 5 stars and 6 stars. They will fall off though at E2, but that shouldn’t be of concern because you don’t really raise them to E2 at that point due to you having more better units at that point to work with. (Though some 4 stars are powerful enough that people E2 them just for their mastery i.e. Myrtle)
For 2 stars? They’re much cheaper in cost and they perform their best at recommended stages for Elite 0. They fall off very quickly at E1 due to them not having any skill and considerably low potential bonuses. People usually don’t build 2 stars, so this one is optional.

TL;DR: Focus on leveling your most frequently used units to E1:40, from there you can try raising Exusiai to E2.

I hope this helps.

As a general rule of thumb raising two units in each class is a good starting point, tho you can tweak your squad to your liking or to fit the map

Additionally it’s best to keep the levels of your units balanced, if you remember being carried by LV100 Herc/Culter in FGO then forget it. That will not work here, each member of your squad must be able to handle themselves sufficiently. Getting your core team to E1 LV50 is a good stopping point before deciding who to E2

Overall I’d say your current squad choices are pretty good, focus on them and you should do fine

For E2 Recommendations Exusiai should be top of your priority, her ASPD boost doubles at E2 as well as gaining a passive that buffs her HP and Atk

Amiya is also another good pick, she gains a talent that lets her regenerate absurd amounts of SP, making it very easy to spam her skills

Who should I be focusing between Franka and Melantha? Since both of them are Guards, one being higher rarity than the other.

I haven’t been using them though, since both Fang and Plume are what I have been using.

Well, duelist guards (the archetype that Melantha and Franka shared due to similar stats and trait) are typically used for mainly 2 things:

Franka would be a better investment in terms of promotion cap (She have access to E2 while Melantha doesn’t), which means she have higher stats later on. However, speaking on E1-wise, Franka have the potential to deal much more damage to high DEF units (due to S2 and talent) forsaking her already low DEF. Franka S2 offers great uptime (56.5%) and nice ATK bonus. However, Melantha would cost cheaper to build (easy to get max potential), and will be cheaper to deploy as well (practically speaking, max pot melantha vs 1 pot franka would be 13 vs 19).

Personally, I prefer Franka just because I can get her to E2.

To better clarify, guards usually are divided to several archetype such as:

Depends on what you need since the two function very differently

Franka meanwhile has more of a glass cannon nature, she’s basically the equivalent of an FGO Berserker with her S2 since it reduces her Defense to 0. Her DPS will also be much higher than Melantha’s due to higher base stats, as well as having access to E2 and Masteries to boost her performance further

On another note, should I be thinking about raising skill level anytime soon? I read that all your skills are leveled at the same time, is that the case?

Unlike FGO where you have to level up each skill individually, every skill will be raised for the cost of one until LV7 (Masteries LV1-3 have to be levelled individually)

Raising skill levels does more than just increase percentage boosts, it also reduces the SP Cost and increases the starting SP on deployment for some of them. This decreases the downtime between skill activations

Ahhh, that explains the “Initial SP” on GamePress’s skill section. Thanks a lot!

Is there a list of Operators that can be obtained by going through story missions? It might be useful to know what I’ll be getting so I can plan who to raise accordingly.

Amiya is the only operator you can only obtain through story mode; You can’t headhunt nor recruit Amiya.
Currently in EN, you can get Amiya up to 4 times (It should make your Amiya become potential 5).

Some operators I do remember that is obtainable through story mode are some 3 star operators and Jessica, 4-star ST sniper. You can usually obtain Amiya after clearing the end chapter of some story.

Talking about unrecruitable and unheadhuntable (for the lack of better term) operators, there are some that can only be obtained through events i.e. Grani, Flamebringer, Ceylon, Snowsant, etc.

I remember getting 3 star Operators such as Fang, and Plume through playing story missions (or was it training missions?), and they’re very helpful. So I want to know if I’ll be getting Operators like them in the future by playing through story.

I think you only got some three stars unit once like Kroos, Melantha, Plume, Fang, Hibiscus, Beagle, Orchid. I don’t remember getting more than one of them from story.

I’m a bit reluctant to raise the 3 star Operators I currently have, in case the story give better ones later.

Fang and Plume should be able to push me for awhile though. But I’m still not sure which Defenders I should raise next.

To answer your question about which operators you get through the story missions, sadly there’s no one list because the story only gives you one copy of them–to increase their Potential you have to get them through Recruitment and Headhunting. I will say though, after the ones agiblade listed, the last ones you get are Rope and Shaw, the puller and pusher Specialists (also, these and Amiya are the only free operators higher rarity than 3 star the story will give you). Once you have those two you’re done getting any units from the story–with the exception of those you get during limited-time events. There’s a list here for all operators if you want to see them–the event ones are marked as “event reward” or “activity acquisition”. Just note that while the CN server is starting to get reruns of a few past events that give operators, the global server hasn’t had any yet. 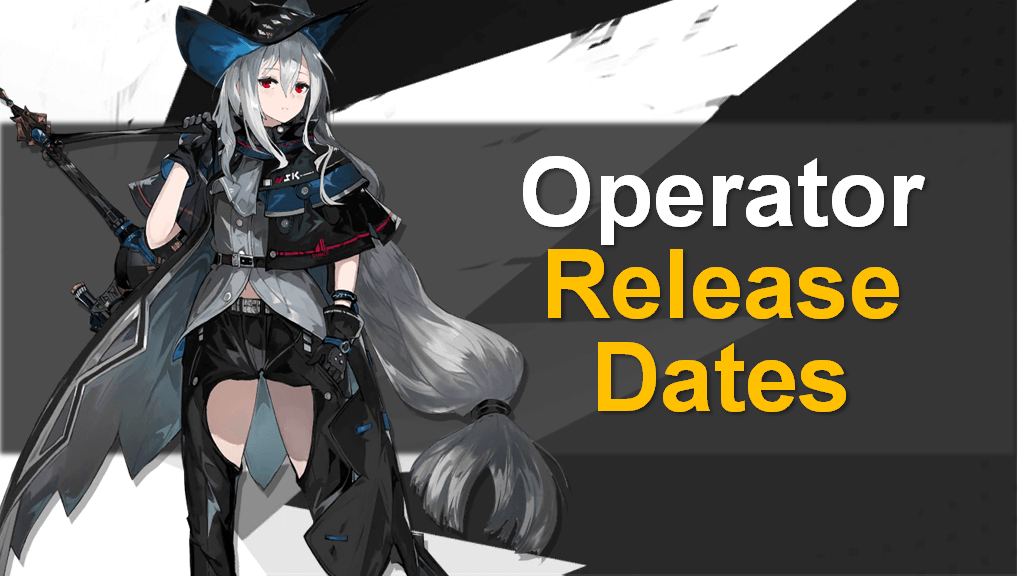 Operator Release Dates and How to Obtain

As far as which Defenders to raise, sadly you don’t have any very good ones yet. Matternhorn and Beagle are both decent and can take you through mid-game without much issue, but will start to struggle later on (I do see some people use Matterhorn E2’d late game, but that tends to be because they like him as a character more than for his stats). My advice there would be to level Beagle a bit into E1 since she’s cheap to upgrade, and hold out for a while and see if you pull any of the higher rarity Defenders by the time you get to where you really need a second defender leveled.

I understand your hesitation in not investing in 3*. However, you won’t regret investing on some of them. GP has a list of it, but here’s mine based on my own experience:

#1. Melantha. Sure, Franka is good, but she’s expensive to build and plays a slightly different role despite being on the same archetype as Mel. You see, when it comes to assassination, most targets are casters (who has high RES but low DEF) and slugs (low RES and DEF but self-destructs upon death). Dealing with these targets only require high HP and high DPS, something Mel has in spares and at a very cheap cost. There’s hardly an excuse not to build her.

#2. Kroos. You have Exu and BP. They are your primary snipers, focus on them first . But if you ever encounter a map that requires 3 or more snipers, don’t forget Kroos. She’s so easy to build, and she dishes very high DPS.

#3. Steward. You may not have him now, but he’ll come sooner or later. Treat him as your secondary Amiya but with an specialization. This guy actually prioritizes units with high DEF. This means that if you have a wave of enemies, he will prioritize killing those units with high DEF first (and Arts damage ignores DEF). High DEF enemies are the menace in this game. Of course, there is no absolute need to build him. But if you need a guy to erase high DEF units first, then Steward is your man.

Lastly, regarding your core squad, the rule of a thumb is to build at least one for each role. Here’s my recommendation for your current roster:

Thanks for the info, they’re very helpful! I didn’t know about the Starter pack until you mentioned it.

Now I’ve got Gummy to replace Matterhorn, since she seems to fit more situation better.

I mean you don’t have to buy Gummy

I’m probably hold off on rolling for awhile, since I want to raise what I have first.