Hello everyone, a second mini review has been on the making with the announcement of the latest banner: [To Stay Dreaming].
(With a “little” delay as usual due to my procrastination habits

There, chararacters from the first half of the Fire Emblem: Genealogy of the Holy War game are getting their first seasonal variants while also being the first banner of said game with all the characters coming from the same game.
But there was not only one, but two Heroes calling my attention: Well, it’s a sweet surprise to see them sooner than expected, while it’s not the most fitting thematic for the couple IMO, I still think it suits them about as well, and they’ve got their long deserved alts so I’m content!.

In any case, let’s get down to business as usual: He’s the son of Byron (the duke of Chalphy), making of Sigurd the prince of his kingdom, he and his father descend from Baldur, one of the Twelve Crusaders, enabling him to use [Tyrfing]: a legendary sword that confers a few additional powers to its holder (skill+10, speed+10, resistance+20, [Prayer] skill (labeled as [Miracle] in FEH)).
Prior to the events of the game, he’s attented the Royal Academy of Belhalla, together with Quan and Eldigan.
He has a sister called Ethlyn who plays the role of [Troubadour] (mounted healer) in the game, she’s married to Quan and possesses minor Baldur holy blood.

During the prologue, he learns that a majot part of the Grannvale army, together with a part of Chalphy’s army, is on its way to invade Isaach.
He also learns that his childhood friend, Edain, has been captured by one of the princes of Verdane.
So, he sets out to that kingdom, but his comrades manage to stop him from going alone in time, and decide to tag along and help him — other friends and relationships from him also decide to cone as well and join his army such as Quan, Azelle, …
On the way, they recapture the Yngvi castle where a wounded Midayle can be found, he decided to join Sigurd and help him rescue Edain.

Being unable to find Edain in the castle of Evans (which is in the northern eastern border with Grannvale and belogs to Verdane), he enters the depths of the kingdom while fending off from bandit attacks and recapturing the different castles from there.
Eventually, Sigurd conquers castle Marpha but finds out about a bandit harassing a woman with white, long hair, she expresses her gratitude but flees the place quickly without revealing who she’s, however, Edain talked about him so the woman knows who’s Sigurd.
The elder of the nearby town comes to tell Sigurd about who’s the woman, named Deirdre.
He, then, proceeds to the capital city of the kingdom and find out anything related to the recent attack on Yngvi.
On the way, he and his army pass through a forest known as the Spirit Forest, but Deirdre stops Sigurd to advice him from advancing any further without her help, they then confess each other’s feelings and end up being married, that’s when she joins Sigurd’s army and how they’ve met

She resides in a village located on a forest in the south western region of Verdane known as the Spirit Forest, she’s explicitly forbidden to interact with any man outside said village due to her heritage: she possesses major Naga holy blood but also minor Lopt holy blood, the latter of which is a dark god (and she’s unaware of possessing it), once a recipient with major Lopt holy blood is born, the dark god itself can be summoned.
So, to avert this disaster and being influenced by the outside world, she remains in the village.
She’s the half sister of Arvis, the prince of the dukedom of Velthomer, in Grannvale.

She eventually mets Sigurd soon before his campaign on Verdane concludes and both engage in marriage.

She’s described to be “humble, kind-hearted, shy and naive”, but she’s not exactly sophisticated due to her stay in the village

Base stat boost = Attack+3.
It gives them attack and resistance +6 during any battle that a foe initiates on them (or if the foe has full health at the start of a battle, regardless of aggressor).
And if the foe uses any kind of tome, the damage their first attack deals will be cut in half, this also applies to all {area-of-effect} specials, with the exception of {Umbra} ones that Røkkrs possess

[Dance]:
It grants an ally another action on the same turn.
It doesn’t work on units that have [Sing], [Dance] or any other skill that’s treated as either of the two aforementioned assist type skills (such as [Gray Waves]).
It also prevents the unit from getting “refreshed” (i.e.: said assists can’t also be used on holder).
But those restrinctions only apply on a unit equipped with such skills.

High cost
It’ll give them attack and resistance +7 during any battle they participate in with an ally next to them (i.e. adjacent tile), if the condition is met, penalties to said stats are also neutralized

High cost
This skill completes the {joint hone} family.
It behaves like the other three, if there’s at least one ally next to the holder, both the holder and adjacent ally/allies will get a visible stat buff of resistance This is their statline, their scope is magical tanking, further accentuated with their superboons on their key stats: attack and resistance — but that’s not where it ends, they also sport a kit focused around that with a form of damage mitigation that synergy with their relatively low speed, magically they’ll be tough to take down, specially if they met all the conditions and are being attacked with a tome user, this makes several physical units viable to counter them as they’re physically weak.
Seeing that they’re already strongly resilient against magic, go for the attack asset to raise their damage output, they’ll appreciate it the most overall.

For the stat comparison, I thought of HS!Micaiah as she possesses a similar statline but functionally different gameplay-wise:

Reminder: at the very least, obtain their [Dragonflowers (C)]

[Fortify Res 3] (the prerequisite for ☆[Joint Hone Res]) is available on two 4★ units of the regular pool, is significantly easier to attain than [Atk/Res Bond 3] and because [Atk/Res Unity] is expected to be added in the future, which would end up being relatively better overall.

If you manage to get one of the seasonals with [Atk/Res Bond 3] (or Yune or W!Cecilia at 4★) then first take and proceed to take [Atk/Res Bond 4] along with [Lull Atk/Res 3].
This skill can be fully obtained along with its Lv.4 upgrade from Brave Micaiah, but that’s only if you’re willing to let go of [Ground Orders 3] which… isn’t great.

After checking their aesthetics and statline, I can say they’re a teensy bit away from perfection, with only the statline being a major enigma: it’s rather… intriguing, not exactly fitting for Sigurd but more akin to what Deirdre would have, but she’s not the lead of the Duo Hero, seeing that’s the case, I would’ve gone differently with them, and make of them a good mixed tank.
On the plus side of things, it’s an alt with no [Tyrfing] for either father or son, but in this case we’re talking about the father so…
But still, this statline makes of them a potent magic sponge while allowing one to redirect strong attack(s).

In terms of aesthetics, I tend to have more to say for the #art than the VAing, the former is so beautiful, it captivates the bond of this lovey-dovey couple and Deirdre looks so lovely as ever, better than the OG’s but still great.
Similar things can be said about the quotes and VAing.

As for the banner itself, it would’ve been my pleasure to had the time to spare for covering all the five units, but the circumstances don’t allow me to cover more than 1 Hero per banner.
In any case, I’m just going to say that this batch of units is so perfect, 3 female characters and 3 male characters and all of them from Jugdral, once again I’m super glad for this milestone, and look forward to more banners from said continent.
As usual, I gave some thoughts on different threads about the new additions, like the banner discussion thread linked below the ratings: Thanks everyone for reading my second mini review! Remember you can subscribe to get notified of future releases and provide feedback to improve future work.

The biographies for both characters this time, were an amalgamation of checking the FE FANDOM Wiki for inspiration, watching a YouTube video to remember the more fine-grained details and recalling my playthroughs on the game…using the latest translation from Dark Twilkitri (version 0.87d, which can be checked on this site).
Naturally, Sigurd’s bio had to be longer because it’s from his side where most of the story originates anyway, I felt like I had to cover until the part he meets Deirdre to avoid major spoilers and preventing this goes on for long, but if you want to learn more, the links to the wikis are provided as always for your convenience.

I failed to get them within less than 100 [Orbs], after a M!Byleth broke my pityrate, I decided to move on and focus on another banner, currently looking forward to summon for Lene and Ishtar, the latter of which is missing in my barracks.

There’s less stuff to be said than in the last review but to make up for it, here are two themes from Fire Emblem: Genealogy of the Holy War I extended not too recently, Deirdre’s theme and Grannvale’s castle theme, the latter was recorded in conmemoration of the Special Heroes banner we got with a full FE4 selection (for the first time!) — it’s the theme used in the trailer (linked above) in case you were wondering: 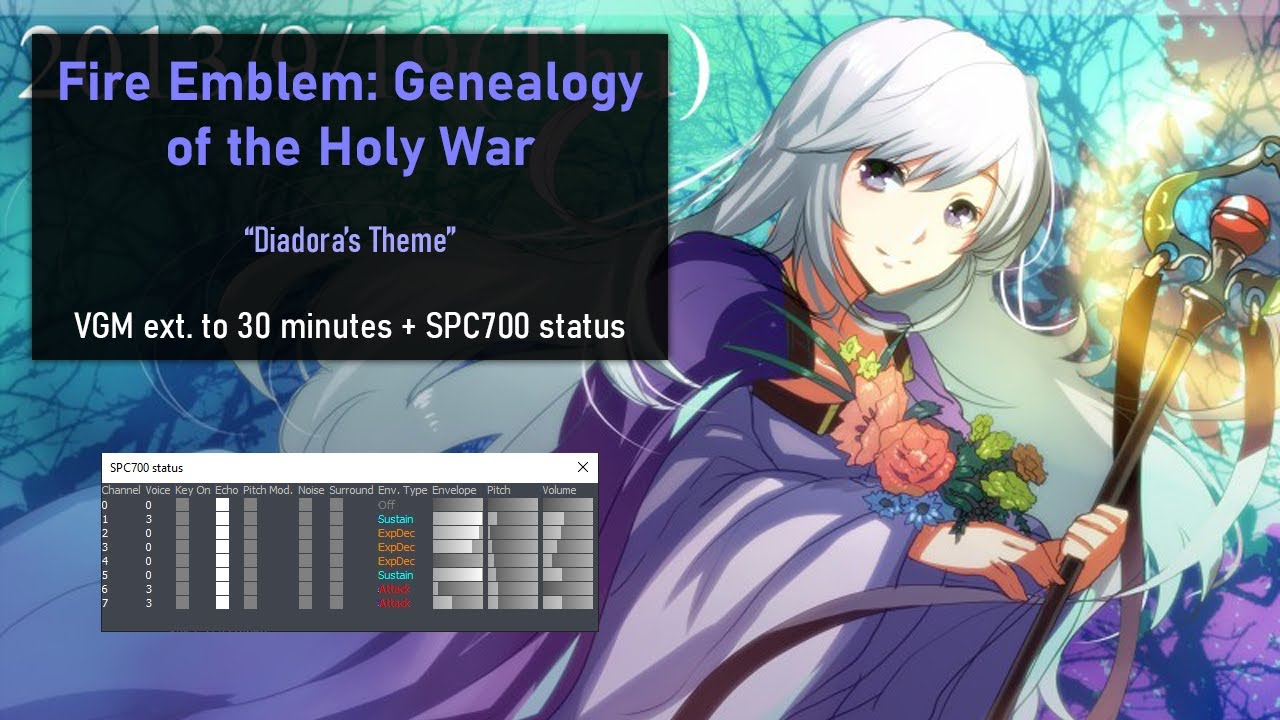 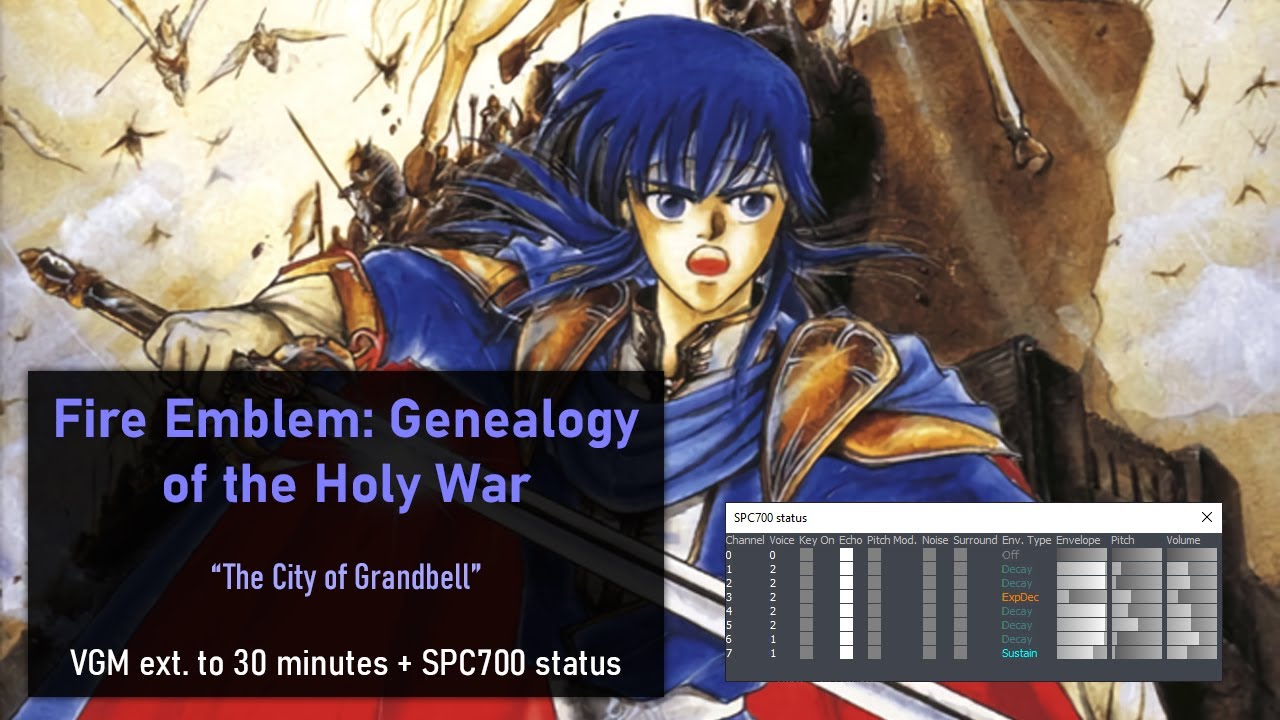 procrastination you say? join the club I guess

Thanks for the mini review!

This banner would’ve great for us if only we had spare orbs.

Always next time though.

They look so adorable in this alt, I love it. Keep up the good work!

I have projects that I want to do for AR Offense/Defense, and Arena, but I just keep putting it off

It was worth the waiting. It was great, as always !