Hey! Welcome to my new review, this time, a new Legendary Hero has come our way, he’s the main character in Fire Emblem: Genealogy of the Holy War, and y’know, more Jugdral rep is always welcome.

Anyway, we continue experimenting with details blocks, so let’s get started. 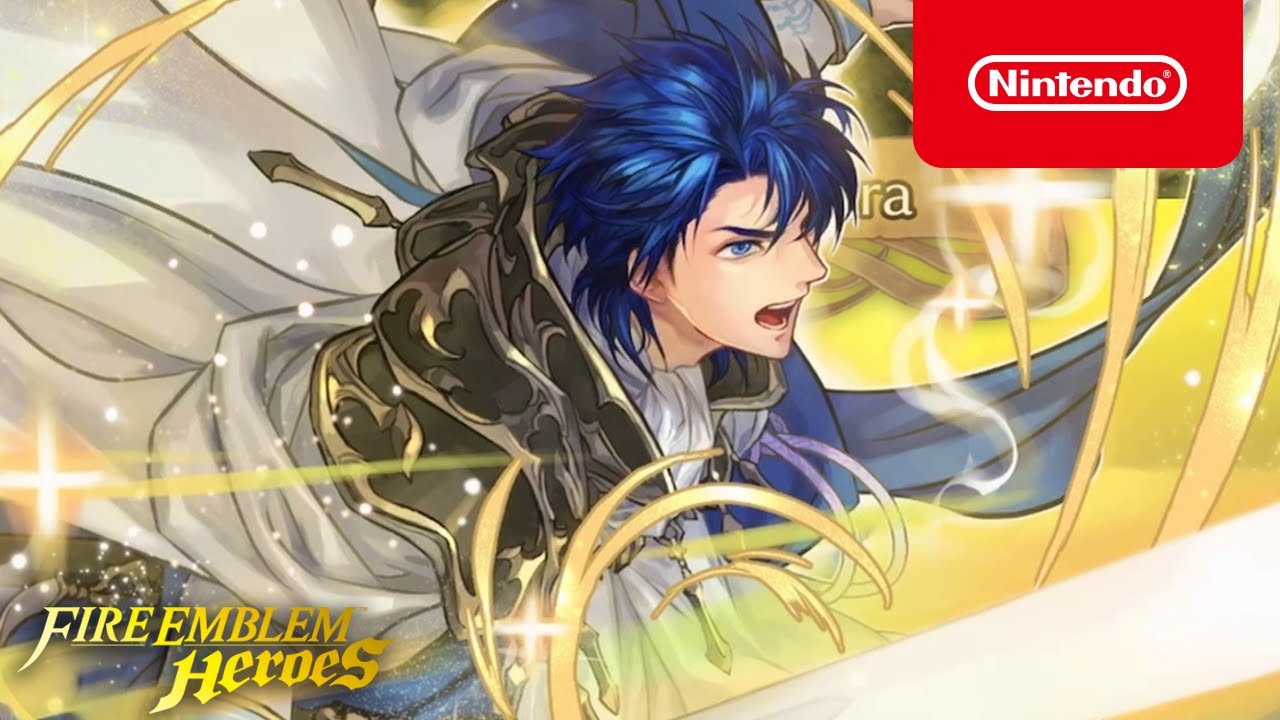 The bio is long but resumes his involvement and characterization through the first generation of Fire Emblem: Genealolgy of the Holy War, I would encourage to check it out though, specially if you’ve finished this part of the game at least.

In this ocassion, I’ll list all of the skills for consistency reasons but in most future reviews, I’ll not put the returning non-PRF ones in these sections; anyway, for a list of recurrent skills, including some of the ones shown in the second trailer screenshot above, refer to my brand new WIP database.

Might: 16
It grants a maximum special skill cooldown reduction of -1.
The game also checks if, whenever Sigurd enters in any given combat with his foe having at least ¾ HP of their maximum HP, he gets those effects:

This skill grants him the [Movement Up] status which raises his movement area from 3 to 4 and doesn’t stack, this effect is granted regardless of the current cooldown and at the start of each turn.
When this skill activates, next strike increases damage dealt by a quarter of his total attack stat, and it also grants a visible boost of attack+6 and the [Movement Up] status to both him (movement stays at 4 though) and all his allied units.
The boosts are granted even if the match in which this skill activated ends up in Sigurd being knocked out.
The effects wear out on his team’s next turn.

Default skills: This skill requires [Draconic Aura] which comes by default on Legendary Sigurd when freshly summoned, he starts only with ☆[Hallowed Tyrfing] and [Dragon Gaze] taught so you need to work up your way to teach him this skill. Pref.
This skill was originally on Sigurd’s original version, it grants him damage reduction by 80% starting the second strike he receives from range = 2 attacks, does nothing if the foe only strikes once.

All non-Staff users
This skill made its way on Duo Líf at first, about two months ago.
After any combat, it inflicts [Deep Wounds] on the foe that was attacked or started the attack and any foes within a 2-square radius of the attacked/attacker foe.
This status ailment prevents the affected units from healing in any way, be it through assist skills, a special skill, etc.
It wears off after the affected unit acts or after a turn passes.

As much as I’d like to suggest ☆[Atk/Def Catch 4] as the best option, [Fatal Smoke 3] has shown to be incredibly useful because of the [Deep Wounds] status it inflicts on nearby foes, it’s just too good to stop self-sustain builds from your foes, and prevents teammates heal the affected units (forcing most healers to attack), it’s also useable in a significantly wider array of units (barring only any Staff user), so you should take it!

Since we’re only getting sources of the {Catch} skills with those going up to Lv.4, you can only take either, ☆[Atk/Def Catch 4] is alright, and it can be useful on physical/mixed tanks who are able to one-round foes consistently, but its effects require a little extra from the player’s part to be fully harnessed.

As we can see, Legendary Sigurd is a potent dual phase force, excelling at absorbing ranged attacks of all sorts thrown at him, but his abilities to absorb magic shouldn’t be undermined just because he has 11 points less of resistance than defence, all the damage reduction he possesses for ranged attacks, and his low speed, can make of him an easy follow-up attacks target, however, this isn’t entirely bad though, because they can deal significantly lower damage after their first strike in each combat, but bear in mind he doesn’t fare as well with melee attacks, as his skills give away already that only ranged attacks count, but if he initiates, his ☆[Hallowed Tyrfing] can help with the first melee strike of a foe when they retaliate.
Despite the drawbacks, this still makes of him a prominent user of [Distant Counter], since he’d appreciate being able to counter ranged foes, and lacking ☆[Atk/Def Catch 4] makes quite the difference in the defensive aspect, but isn’t really that bad, and keeping both requirements active takes some extra set-up, but isn’t difficult and his base [Fatal Smoke 3] is enough so long as you can refresh him and/or use him consistently in enemy phase.

It’s also important to notice the “movement powercreep” he introduces by giving everyone in your team, free and easy extra movement, allowing for more maneurability to suit your needs, he can even be knocked out and still grant extra movement to everyone else if his ☆[Holy-Knight Aura], which can make of him a great addition for [AR-D] with [Quickened Pulse].

All in all, he’s a strong mixed phase unit with a slight touch of support to rally up your allies.

As for stat boons, attack comes at the most ideal pick if available, it helps with one-rounding foes since ideally, he’d face healthy ones, as his ☆[Hallowed Tyrfing] works under rather restrictive yet easy to met requirements, but other boons that aren’t speed work great for him too.
I got him in 85 [Orbs] as shown here and I’ve been using him mostly with his base kit alone but I added [Reposition] and [Warding Stance] [Sacred Seal]… and he’s a tanking champ. Just remember to watch out for units like OG Micaiah since he’s still going to take a fatal hit from units with effectiveness against cavalry units.
And his [Duel] effect will make any taken boon/bane pointless score-wise, even if you had a -hp/+spd copy which is like the worst set for him, he’ll still work nicely and have a 185 stat total to boot constantly. For comparison, I had seen Legendary Seliph being brought up as a possibility… and man, does he still hold his ground respectably actually.
Seliph has a couple of advantages over Sigurd:

But Sigurd has a slightly stronger [Duel] effect for scoring, as well as his three preference skills and ranged tanking capabilities which can overall work better for you, plus the extra movement thingy too.

I would still encourage to keep up any efforts with Seliph if he’s a character you like, I know I would and that he still has remarkable potential. 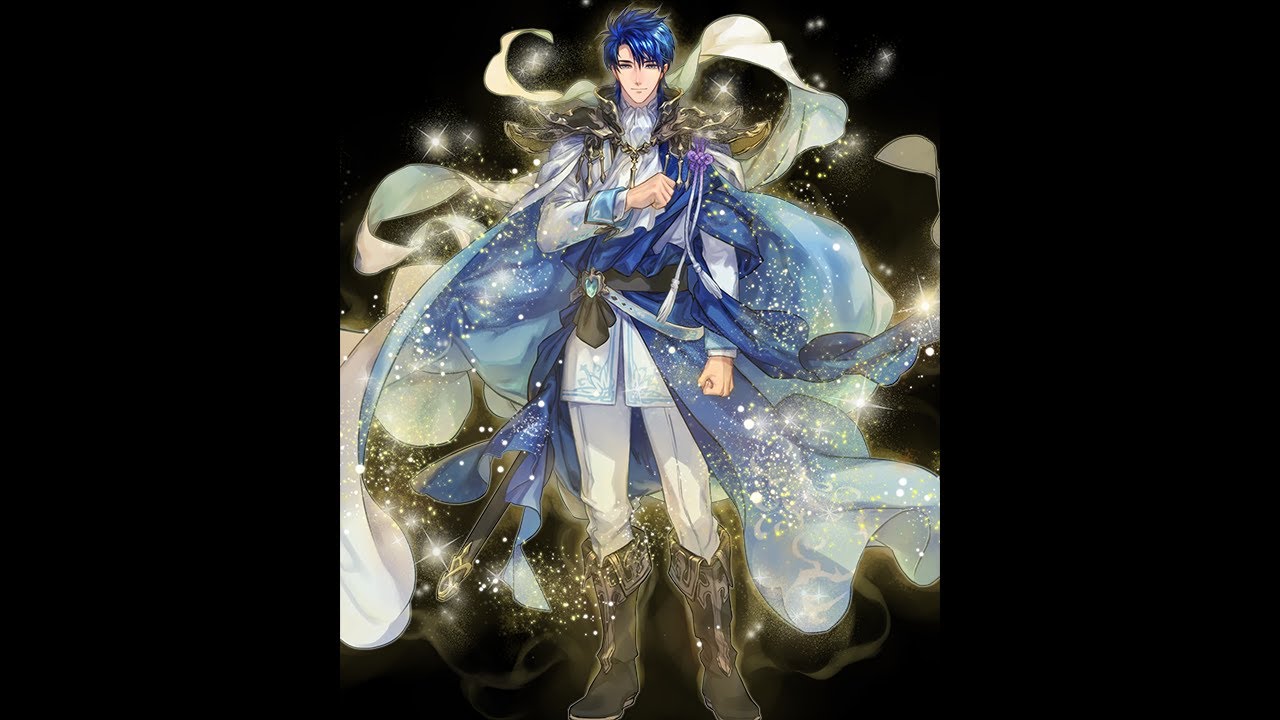 Banner data and other resources Click on a unit’s name to see their page on GamePress, clicking the matching notebook icon will take you to their review written by me.

Thoughts on summoning per color

New central glossary/symbology ([BETA] as of this review’s release date!)

Thanks so much for checking out yet another review of mine! I hope this one was your liking.

With the recent feedback in the [Feh Channel], I saw more positive reactions in my experiment, overall, and that was really nice, because we’re going in the right direction with the feedback from the other day… at least, that’s what I like to think, anyway.

Around the time the next datamine from the FEH subreddit drops by, I’ll update the review on the [Feh Channel] to add some info that needed to be provided by the updates, as well as adding the archive of answers for each question in the [Feh Quiz], so expect a revival on its thread once I manage to update everything!

Feel free to subscribe to my reviews, you’ll get instantly notified with each release, to do so, please check out this quick tutorial:

Nice, thank you as always.

Also in the bio for Sigurd you talk about Diedre having Loptous blood.
Doesn’t she actually have Naga’s bloodline (which is the whole point) and Arvis is the one with the Loptous bloodline?

Deirdre has both major Naga blood and a minor portion of Loptous, Arvis also has Loptous blood but is minor, so Manfroy plotted to marry both Deirdre and Arvis to give birth to Julius, who’d become the vessel for the dark god, as both of the holy blood portions are passed down to him: minor + minor = major.

I probably have mixed up my savefiles on the game since I think they’re on my cloud storage because I was hoping I could share an in-game screenshot.

I have a screenshot of her saying it too Thank you so much for these reviews I appreciate them, they are very well made and aestethically pleasing. They really went all out with this legendary and I couldn’t be happier since he’s my favourite lord. Also props to @Souljini_Bitchiani for writing his story, you did him justice

Great job as always @af1899! I love seeing these reviews on GP and how much love you give them!

Thank you so much

Justice is what he deserved after all

Great job as always! Keep up the good work!

Edit: Maybe I should write a bit more. I think the length for this one is more than fine. Yeah but overall everyone already said what is great. Just need to be a bit faster next time^^

Thanks! I agree, I’m hoping I can make these reviews come a tad faster… I think the skill spreadsheet will help!

Also, I was meant to reply to your post in the [Feh Channel], sorry for forgetting about it.

I’ll reply once I’m done making the appropiate updates in about 3 days which is the release date for the next software update.

On another note, I’m going to make my Radiant Dawn playthrough thread, hopefully between today and tomorrow but I got some really important homework to do and focus…