I’ve been slowly going through Lostbelt 1, trying to finish it off before the next GudaGuda event, and I got to the final Minotaur battle.

I decided to try a thematic team out just for the fun of it, and then I’d take the battle more seriously afterward in the likely case that it didn’t work, this was the team: Here’s how it went:

This was pretty fun, I’ll have to try these silly ideas out more often.

I guess Asterios Alter remembered his meeting with Euryale so had a last moment hesitation. I did an Euralye solo for this, it was close. 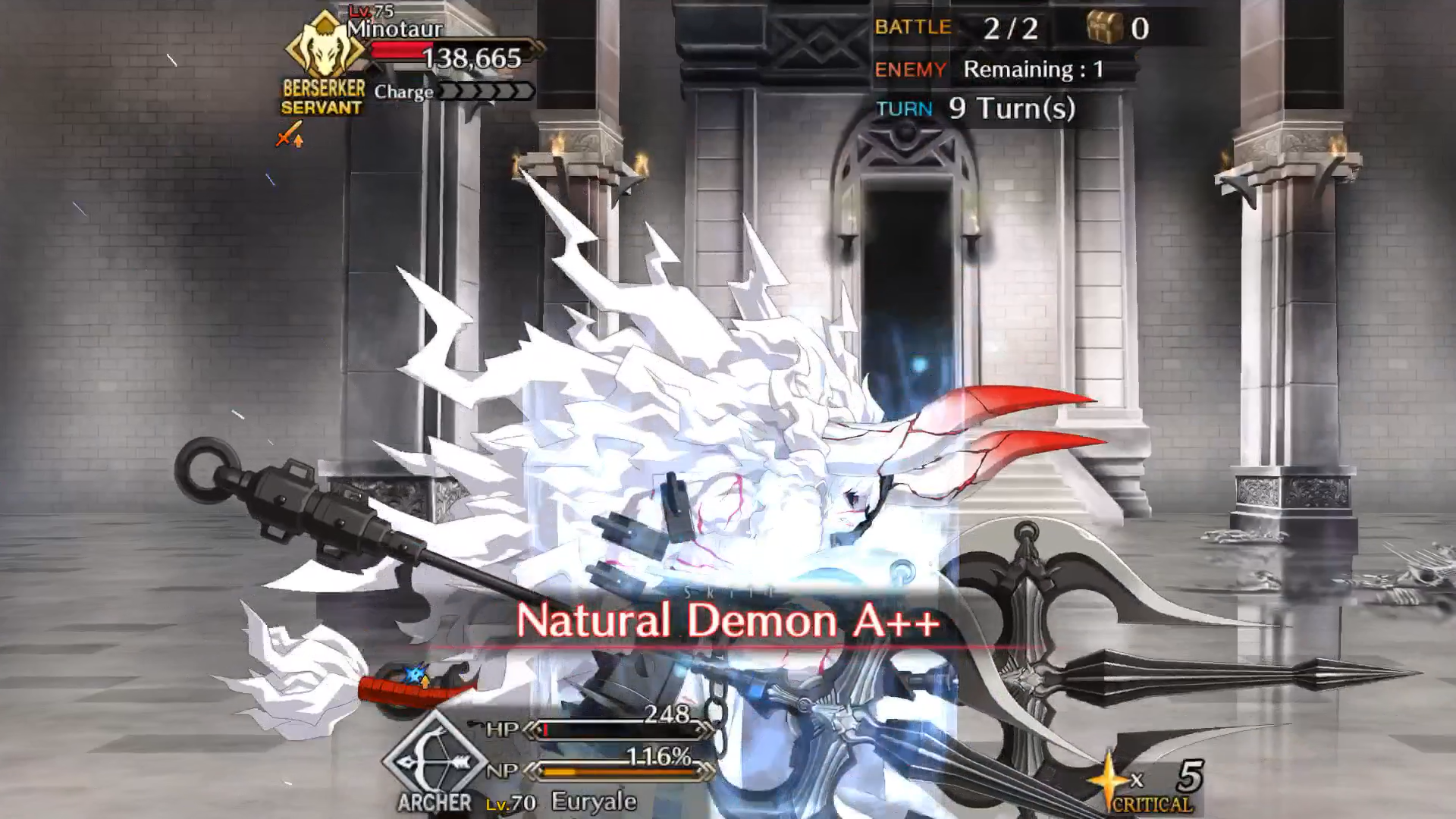 If he attacked 3 times instead of casting one skill, it would be over.

Out of curiosity why didn’t you just record the fight and share the video ? In my case Eury and Asterios’ “Counselor” was George. Between MLB Shroud of Magdalene, his 1st skill, Eye of the Euryale and Chaos Labyrinth’s attack debuffs it took a while for him to even start taking damage

Haven’t really looked into whether I can record gameplay on my tablet, so that’s why. I know how to on computer, but it’s a mobile game, so I don’t have it on my computer.

I see, I play on my phone and record with the screen camera. Just thought it’d be interesting to see the battle and wondered why you hadn’t shared it that way