This is the most unneeded thread ever, right?

Castoria is good. Summon for her

Basically, if the Servant is Arts and has an AoE NP, they can loop now. Even Shuten, with a 1-hit Arts AoE NP, can loop once she gets her 30% battery *I think . 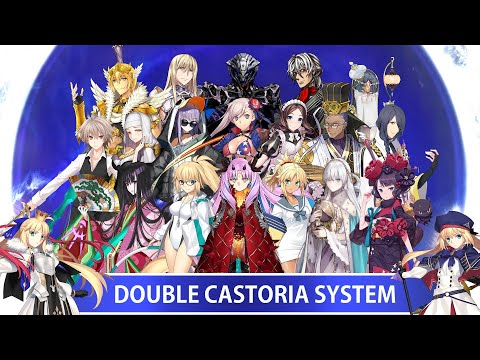 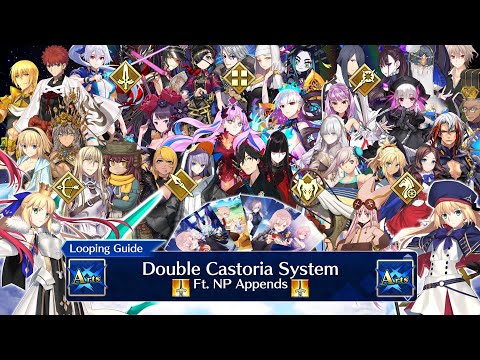 Even more (mostly with newer Servants - Ruler Moriarty, Zenobia, Mysterious Ranmaru X, Habetrot) that weren’t around when xNaya did theirs.

Geronimo works with just a regular Kscope and plugsuit Waver. And he hits for 60k/each in wave one, up to 150k/each in the final wave. Phantom works.

Also yes, Shuten can do it.

Now, looping is great for farming. Very brain dead. Farming is like 99% of the game. But she is great for ST people too. For instance, Vlad has near-universal class advantage as a Berserker and can do crazy things for boss fights. Archuria can loop really easily now - Castoria basically guarantees it.

Castoria also has really good survival tools. Her S3 has a 1-turn targeted Invincibility, but then her NP also has the ability to clear debuffs from all allies and applies a 1-time (well, overcharge increases the number of times) special Invincibility that can’t be bypassed by an Ignore Invincible skill or NP. This will let her stack pretty dang well with the upcoming Himiko Armpit Ruler who has a selfish Invincible as a skill but more importantly has a way to increase NP overcharge by 2. So you use her NP, then Castoria’s, and you’ve 4 hits of Invincible. Usually, you’re getting attacked at most 3 times per turn (3 total actions, might only be a couple of attacks). Then, the 2nd Castoria NPs the next turn, and you have 3 more uses. Rinse and repeat.

This isn’t the usual discussion because yes, that just feels unneeded. We all know Castoria is bonkers and broken. We’ve known that since her release - this wasn’t something where an interlude or another servant suddenly made her viable (like how the Valks or Atalanta were suddenly shot up by Skadi being released; or MHX needing a ton of skill upgrades).

This is the most unneeded thread ever, right?

Also yes, Shuten can do it.

Really? I thought she was one hit… Maybe I should use my oni more

We still needed this, for it is the custom!

Her synergy with everything is off the charts. The fact that her NP grants a 3T ATK Up to the party instead of DEF Down to an enemy wave gives her buffing capability even beyond the obvious.

It is a really big deal that she is a supporter who gives herself 30% NP charge and +30% NP Gain Up without having to target herself with anything at all. Newer rosters will love this even more, because her NP helps close the gap when you have NP1 or otherwise low-damage attackers.

Shuten can do this only with starting charge because she refunds for crap. It’s more of a meme.

with just a regular Kscope

Yeah, if you’re lucky on card draws than even with no starting gauge you could get 60% from double skills, then 20% for each of 2 turns from arts chains and have 100% for turn 3. Mana loading makes it very unlikely you wouldn’t hit 100%.

Lets discuss craft essence for her; so I have yet to acquire Chaldea Teatime so I will have to slap an actual support CE on her. So I am deciding between One Who Wishes for Salvation and Devilish Bodhisattva, both are MLB. On JP I have also seen Golden Catches the Carp but I don’t have it, may be another star bomb? What other CEs do you guys recommend? I do want to fully level mana loading if possible.

With Mana Loading and either an attacker who provides NP charge, MA, or plug support, you can access 1 or 2 Castoria NPs as early as T1 if desired.

Bella for the QP farmers

Destroy your consistent income to help the community

Star bomb is always a CQ fav, and Salvation does make her NP’s protection ridiculous. The latter will probably be less common, but either would stand in. Starting charge also an option. DB kind of fits both, as you mentioned having it.

I don’t have to one either… I don’t even have Chaldea Lunchtime which is my next target. Unfortunately, I have only done 1 real lottery so I am trying to catch up.

Get enough Geronimo coins and any Imaginary Number Magecraft is a kscope. Also yeah, ain’t every thread a Castoria thread by this point?

Money is the root of all evil after all

Becaause people can’t contain their distaste or exciment any longer.

She’ll just be bffs with Tamamo

Embrace it, everyone. This will be like Skadi launch, but possibly more fangirl/boy-ey.

That’s what I’m talking about. Let’s hear it for our new Kitchen Sink EX supporter.

I am thinking of putting One Who Wishes for Salvation, I don’t think she will be borrowed much for daily farming because of lack of bond but for those doing hard content it should be useful, well that’s how I think it I will happen at least.