With tomorrow (the 19th) being the date for a special stream at the Anime NYC event, I feel it’s pretty likely that our next event will be announced, and with it our new Caster-class Servant; Caster of Limbo.

Oh wait no, FGO lied to us. He isn’t a Caster. My trust issues

Current 5*s are Melt, Kiara, Okita Alter, Sitonai, and Kingprotea; Bazett, and Super Bunyan will be there in the future. Welfares exist in Mecha-Eli, Taisui Xingjun, and 3* Xu Fu.

(This is just background in case you don’t focus on Extra-class options very often, so me. I never remember their class damage mods).

Douman has good attack (currently 3rd for Alter Egos, will be 4th when Bazett drops) but is near the bottom in terms of HP. He has a long mix of passives that buff Arts, his Debuff chance, his Debuff resist, his Instant Death Success Rate, and the amount of NP he gains when attacked. His 3rd append is Anti-Alter Ego so nothing really special.

The way Terror works, it’s very likely that it’ll happen but it’s hard to predict when which can throw off timings for defensive skills, and Confusion can hurt more than help if the enemy can’t cast meaningless buffs on themselves and so instead attacks 3 times in a turn. The AoE Defense Down is the best part of this skill - in CQs, it’s like a more powerful Charisma (usually stops around 20%), and in farming you can safely save it for the last wave as it doesn’t do anything for his NP refund in that context, which is better than skills you’re forced to use turn 1 and then the effect isn’t around when you want it.

S2 is a 2x Guts (3k at max), and a 50% buff each to Evil or Chaotic enemies (these are independent buffs, so Chaotic Evil gets 100%), for 3 turns. I counted approximately 80 Evil enemies (currently) and another 15 or so in JP. Chaotic is ~117 currently and ~28 more in JP. There are about 60 that are both traits. So yes, this is a strong skill. If you have stars for someone Chaotic Evil like Vlad, Drake, Medb, Cu Alter, Jalter, Gorgon, Zerker Atalante, Kama, Salome, Van Gogh - they’re going to hit like a truck.

Also the CD on this skill is relatively short, even if it was just the guts having it on a 7 turn one at max might be strong but then it has the offensive power too.

S3 is a selfish NP battery (80% at max, which is enough to go without a CE if you get ML maxed out) and then an Evil Charisma and a Chaotic Charisma, 20% for each for 3 turns and again they stack if the servant is both. Lastly, it tacks on 5 turns of Curse for 2k/turn to all enemies.

Taking it in reverse order: the Curse means that he’s got in his kit 7000/3 turns as AoE and then 6000 AoE for the next 2, without overcharge. If you’re against 3 enemies, he just did 99,000 total of free damage, unaffected even by things like Defense buffs, class resistances, or Invincibility. That’s more damage than many people can do with just their NP. And since he has a battery, he could NP on his own turn 1, then get charged up by 2x Waver/Skadi/Castoria/Reines and NP again on turn 2, adding to both the flat Curse amount and the Curse multiplier. A Demonic Bodhisattva CE would let him NP turn 1 too and get him more OC for that one.

TLDR: even though Nitocris adds up to 150% and Douman adds up to 140%, at times his NP has a higher chance at proccing anyway because

Now, for damage/refund: NP1 does an average of 25k/enemy, going up to 41.6k @NP5. Thankfully there isn’t any extra math to compare with him, his damage is just what it is (yes Nobu and your million different buff categories I mean you

He can loop fairly reliably too, thanks to his large battery. And having Instant-death come after damage. Summer Nito and Erice are rightfully mad about that. Feel free to put teams you want to use him with for that down below.

Douman continues the trend of strong self-buffers that can also buff the team - we had Himiko for Buster crits, we had Van Gogh for Foreigner crits, and now we have Douman for Edgy Evil Boi crits. He’s a very strong option if you want to buff someone who matches both, since you can slap a Poster Girl on him, give Jalter or whoever 70% Attack and 100% crit, then he dies, returns via guts, dies, returns via guts, and dies again just as Poster Girl’s taunts run out. You just need a way to give stars to the team since he can’t do that passively.

Also I want videos of Salome/Salome/Douman/Douman teams going crazy with Evil Curse, not just because Salome would get 140% Attack and 200% crit from double Douman but because it’d be easily 600% more curse damage

I love him and cannot wait.

NP5 of course, but is he getting grails or gold fous?

I don’t bother with command codes but I’d assume there are some that inflict Curse on attack that you could give him, are there any that would buff his Instant kill rate?

He’ll probably get gold Fous right away and eventually 120.

My CCs are spread pretty thin, and he brings a lot of crit buffing, so I’ll probably look for utility like NP and star gen as well as CCs to help him carry when he’s solo and/or borrowed. Whatever Van Gogh isn’t using, at least.

If more of my faves were Chaotic Evil, this guy would absolutely be a must roll, those steroids are.just insanr.

But alas most of them are Lawful, he would be a great pair for Medb if he was Male and not Unknown.

I don’t have a problem in farming or hard content (np4 spishtar, np2 godjuna, np2 edmond, np2 van gogh and super orion for fun, bond10 herc, and all the big caster) and i’m okay with using CS if i lose the battle, my next BIG target would be Morgan, and between new year until her banner i will have >500SQ, which is a decent amount… but my last 2 banner, Illya and Van Gogh, eats a lot of my SQ, 600 and 400ish respectively

but i only have 300sq rn, and i’m afraid my luck won’t go any better soon

What should i do?

Please tell me if I’m doing the math wrong, since I never understand it myself and am just hoping I did it right here.

Nito vs skeleton and wyvern is correct if calculating at OC1. Nitocris at OC5 vs enemies with 50% death rate is 100%. I’ve got those figures memorized, haven’t done the formula in years

Incidentally, do giant gold enemies have a different death rate from general gold mobs? Been farming nemesis Island this dead week and even without using s1 or OC, Nitocris is very frequently procing death on those atlantian guards, so I doubt that they have a 1% death rate like dragons.

Only care about him cause of BB summer

There is all sorts of variability in enemies, yeah.

I think we can all agree that if my F2P doesn’t at least get NP2 with my stockpile then Douman sucks. 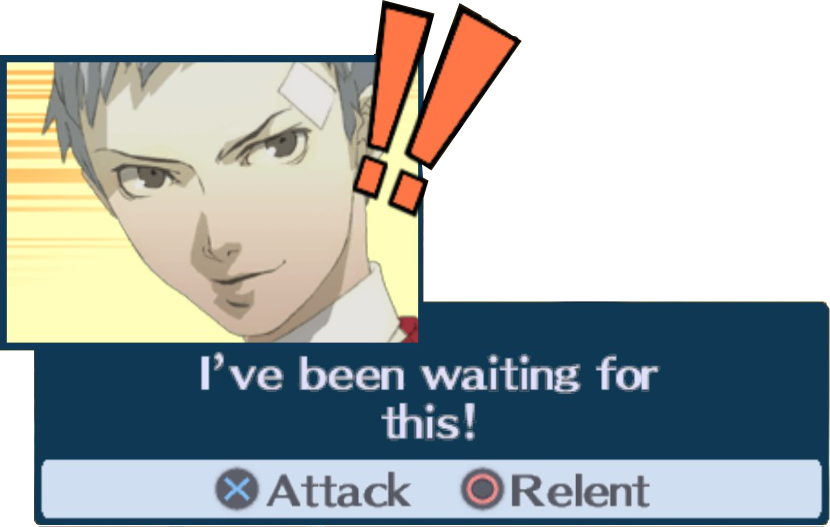 I’ve been waiting to make this joke about his Np name:

So much better now…

Very much looking forward to Douman, I don’t have any grand plans (outside max skilling him with mana loading) since I am committed to Goghie for the next 6-8 months or so. He will be my accounts first Alter Ego and should form a good team with Goghie and Summer BB. What CEs are you guys giving him? I am putting Chocolate Heaven for now but I am sure there will be a few CTTs on him.

Planning on CTT. If it weren’t that, it would be BG.

Taking it in reverse order: the Curse means that he’s got in his kit 7000/3 turns as AoE and then 6000 AoE for the next 2, without overcharge.

How does this work? Is the curse from the skills the first one that you’re talking about, then the np’s curse, then the oc boost damage? Those combined make the 99k for 3x enemies? 99k In each turn or all 3 turns combined?

Also, when are you going to make the ibuki review?

Then you have 3 enemies so it’s 99k total

Also, when are you going to make the ibuki review?

Still got Watanabe to cover too

I highly enjoy what Douman brings to the table.

Will wait and see if i will roll for him. Ibuki is my absolute priority, so I will be rolling for her upon release. Douman’s banner should last for about a week into the ibuki banner, and the overlap should be plenty of time to decide whether i will have the savings left after ibuki to go for him too.

Ibuki is my absolute priority