I don’t know if I can remember the last time that DW made a Servant so unnecessary as they made Ruler Martha with the release of this one.

Astraea comes in as the new addition to the 4* general pool with the Case Files event, and boy is she a good addition to it. To start with, she has more Attack and HP compared to both of the other 4* Rulers.

S1 is a targetable buff that increases the ally’s Attack, Defense, and NP gain for 3 turns, all ranging in value from 10%–>20% at level 10. It’s a pretty solid skill that I’ll assume you’re using selfishly on Astraea herself. The values individually aren’t high, but like Helena’s S3 the fact that it coves a wide area makes it good anyway. Level this second.

S2 is an Arts Mana Burst/Instinct hybrid. The value for the Arts buff seems small (30% for 1 turn vs. what would normally be 50%) but with her 10% Arts passive it brings it closer to the norm, and the 30 stars it generates is huge. That’s post-Interlude Arthur numbers. William Tell makes 30, Mozart makes 50, Brave Liz makes 50 haha though, Babbage (30), and Summer Kiara if buffed with her S1 (30). So yeah, 30 stars is a lot and it will feed right into her S3.

As a Ruler, Astraea needs a lot of skill gems and Pieces/Monuments. Specifically, 4 Pieces and Monuments for each Class for Ascension, and 4 Gems/Magic Gems/Secret Gems of each Class for Skills. Other than those, she needs 10 Steels and 12 Mirrors per skill. There are 15 Steel just in this event. Mirrors are far less common, not showing up in any event shop between now and August.

Verdict: Her skills are cheap assuming you’ve farmed through a couple of lotteries, so there isn’t much reason to no level them all. They’re also all good skills - if you’re insistent on skipping one, the battery on her S3 doesn’t scale and even at lvl 1 the gather rate is enough for Astraea that she’s going to be absorbing most stars. But level that one too.

This NP hits hard, and it gets an Interlude in the future. At release though, she does 41k with her own skills in play. That’s more than Ruler Martha does (assuming no traits for either) post-Interlude. Yeah, Astraea was just unnecessary. Post-Interlude Astraea will start flirting with 55k damage, and against an Evil enemy will do 82k.

That’s neutral, because Rulers rarely have class advantage, but it’s still high. Saber Hokusai (upcoming) will do 61k, only 6k more. And she’s NP5. NP5 Santa Altera doesn’t quite do 55k, so she actually does less than NP1 Astraea. We don’t have a ST Welfare Lancer yet, but Kagetora will do 60k. Rider Kintoki does 56k. Caster Shuten does 51k. Shiki does 55k. JAlter Berserker does 68k. Again, those aren’t “real” comparisons since they will have class advantage that doubles what they can do vs. their preferred class, but it’s just to illustrate the point that we consider welfares good since they’re free NP5 and normally at least have that damage in their favor…and apart from JAlter Berserker by quite a bit, all the welfares are either less than NP1 Astraea or barely higher and within the RNG of card damage.

And we haven’t considered supports like Tamamo (Arts and NP damage), the upcoming Castoria, or free people like Mozart or even Ryouma (he does Attack and Arts). Basically, she just hits really, really hard. It also makes stars, so if you wanted her S2 for her NP turn to clear a bar, and then wanted to use her S3 the next turn on a better hand for face cards, you can.

And sorry Ruler Martha (mine’s Grailed, Bond 10, 10/10/10, I love her) but she doesn’t even compare. Her attack buff is conditional to a field effect, her trait damage is on a skill not on her NP so it’s not always going to be available, and she doesn’t have any sort of star bomb/crit boost/gather boost. And her passives are worse. And her NP damage is worse. And her internals are worse. Pretty much she has a slightly larger battery and a heal over Astrea and that’s it.

She’s great now and will just get better in the future, both from her NP Interlude and the release of say Castoria. Nero Bride is great with her (Attack, star gen, NP gain, Defense, Heal, Battery). I’m going to go out on a limb and say she’s the best 4* DPS in the game - GP currently puts Kintoki Rider in the A+ tier and maybe with double Skadi he’s got an edge, but one v. one Astraea is better and with her best supports Astraea is better.

Astrea ftw
Hope I can get her

I kinda feel I oversold her

But I also feel that if she isn’t rank EX on GP’s tier list than I don’t know who would be, this girl is good and makes rolling on the banner worthwhile. Hopefully, I can get her at a good NP level when I’ll go for Reines ; definitely someone I’ll invest into if she feels like visiting.

Broken as shit. Literally craps out damage. Who thought that np buff was a good idea? Now she body slams evil and good!

Ruler Martha’s life in a week:

every arts servant that can make stars instantly is a bless, she’s really that good

although dunno if I’m rolling this banner, mostly cause kama’s drained my soul but a couple of tickets wouldn’t hurt

Dw did Martha dirty
Literally has lower base stats across the board lmfao. Luvia got higher atk, hp, better hit counts, passives, you name it

No matter how much they Power Creep and buff Astrea…

Martha will have god tier art and aesthetic design! That hat and Sarong are OP!

But didn’t love her enough to audit her art at least a little, her look in other Fate shows/media vs. her look in FGO is terrible

(And I’ve heard that the OG art was fine and that it was modified for the game’s aspect ratio and that’s part of what changed its look, and that the artist even offered to fix it but DW said no, but I don’t know how true those things are).

I mean, look at this skecth the artist did later: I would be rather amazed if that part about being denied a fix is true.

Funnily enough, i just looked at that Reddit page.

It’s more difficult to list Astraea’s downsides compared to her ST peers than it is to list all of her strong points.

For me her biggest con is that Vlad, Sitonai, Archuria, and eventually Yang Guifei compete well as ST Arts Servants, but it’s quite the compliment when your chief competition as an SR is a collection of top SSR attackers within your card type. QSH also deserves a mention despite not having a damaging NP, though they don’t enjoy the same level of consistency since all their damage is card-based.

The bottom line is that almost everyone will benefit from Astraea, especially later on. Deserves to be a top general recommendation. Players with high NP levels on other major ST Arts Servants can arguably pass, but everyone else should get her if they have any interest.

Still can’t believe that loaded 3rd skill is on a 4 turn cooldown.

5 stars is such a nothing price for it.

I’m sure as hell going for NP2 and giving her a couple of Grails.

Also here’s a fun meme with her, Romulus and Boudica. 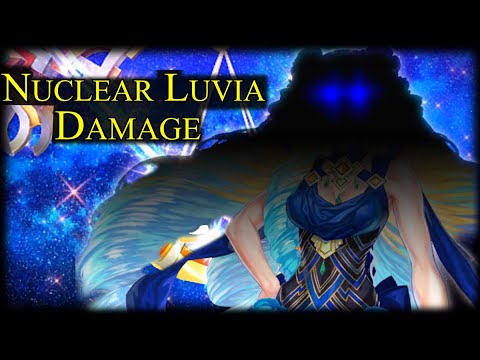 I’m not sure how much is this true in her case.

3/4 of those are limited (story locked might as well be limited) and once she hits NP2, Astraea is even closer to them. Her 41k at NP1 pre-interlude is already higher than Archuria @ NP1, but of course Archuria has just such amazing spam on her NP

And NP 1 Interlude = Archuria NP2 for damage, it’s just insane what she can do as a 4*

She joins the rank of SRs who have busted NPs like Beowulf or Kintoki.

Post interlude, she thrashes most of those at equal np lvls, especially yang. Does about the same as vlad pre buff with the 1.5 multiplier on neutral, lags only a measly 3k behind sitonai on neutral. Sitonai faces disadv against half our cast. More like “ pick astrea up now, you won’t need others for the most part”