Hello good folks of Gamepress. You might remember me from another thread not long ago where I inquired about the Critical Star drop cap in FGO. Today, I am back with a similar question.

What are the general buff caps in FGO?

I did some investigation into buff caps out of curiosity. Like with critical stargen caps, there is a lot of conflicting information out there. Some claim that atk buff is the only uncapped buff, others claim that they’ve used 500% cardmod buffs, some say that crit is uncapped, some say that they’ve used ignore def NPs to get past 100%, etc. Tons of people say different things.

After looking through tons of posts on the subreddit’s Discord from over the years on the matter, as well as checking out this thread, the the following seems to be the vast majority opinion, despite the number of dissenting voices, and also seems to be what experimentation has concluded:

However… the one buff that seemed wildly inconsistent in people’s answers, so much so that it was difficult to find a consensus opinion, was Critical Damage.

So, while it seems that tons of people claim 400% is the hard cap on all buffs but powermod, a lot of people also claim crit can go up to 500% (and some say that it can go higher in JP after a a certain servant). The reddit thread said something sort of in between regarding all buffs, that 500% is a cap and 100% is base so 400% is the effective buff cap, but some of the very same people who say all buffs cap at 400% say crit is 500%, thus they seem to explicitly mean that crit can be buffed 500%.

I decided to run a test of my own to see what I could find.

Next up, we have a Lancelot with a bit more crit damage.

You’ll see that the damage increased, however there is variance in FGO damage, and I imagine with so many buffs, a little variance could make a big impact. To figure out if the additional damage was due to increasing crit or natural damage variance, I looked to the spreadsheet calculator.

The damage calculators I have used do not factor in buff caps. While I wish they would for the sake of proper calculation (at least togglable), in this particular instance, it works in our advantage. We can compare the damage results here with results from the spreadsheet and see how it looks.

According to the spreadsheet, here are the results (all against Earth attribute Lancer like Summer Kiyo):

So, based on my testing here, Crit does cap at 500%, rather than 400%. Or, more specifically, it at least doesn’t cap at 400%, I did not confirm that it capped at 500%. But it does seem again that the majority agrees that, except for Crit and Powermod I guess, the rest of them cap at 400%. With that said, the sheer quantity of people who say every buff aside from powermod caps at 400% makes me doubt even my results here, like maybe I overlooked something. The reddit post I linked at the beginning, one of the only actual threads I could find anywhere on this topic, is one of the sources claiming all upper limit buffs (including crit, excluding powermod, and excluding lower limit buffs like defense down) cap at 400%, specifically noting that the base value is 100%, and the hard cap is 500%, thus a buff cannot exceed 400%. In my testing above though, again, that did not seem to be the case, at least with Crit.

Testing with other buffs like cardmod will be a more involved process, as I would need to do some quadruple stacking shenanigans with double merlin or skadi, and that takes a bunch of turns. I think if I were to test it, I would try the following:
Hypothetical Cardmod Trial 1:

Ultimately, my post here is thus to ask y’all if you have any insight. Have you ever experimented with buff caps? If so, what did you find? Or perhaps you know of a good source that I simply couldn’t find that goes in depth about the different caps in the game. Either way, thank you for reading.

Oh, and one last thing. I doubt anyone has been interested enough to do this, but I would quite like to know where the true, maximum damage cap is. Powermod scales indefinitely, so things like this are possible: In my knowlesh we have not such a thing as a buff caps, you can buff stack forever if you want

I thought so too until recently, but the more I look into this, the more I find people say buff caps do exist.

The reddit thread I linked was able to show evidence confirming that def down past 100% does not do anything, and there is quite a bit of guides out there for CQ’s that indicate “ignore def” buffs (such as from Sherlock’s NP) cannot ignore more than 100%.
We were also able to show evidence in another thread that stargen formula will ignore buffs to star generation past 300%, or in other words, a single hit within an attack cannot generate more than 3 stars no matter how much you buff it.

It looks like similarly, other types of buffs will get ignored after a certain point, which many believe to be 400%. Though, crit seems to be a controversial one and powermod seems to be uncapped.

The debuffs have caps but not the buffs, because a enemy can’t have more then his 100% atack and defence down

The only way to find out, I guess, is to search for a reaaally long double merlin stall while buffing a DPS and manually doing calculating… But that would be too much of a hassle.

Could test the crit cap pretty easily just by stacking Hero Creation repeatedly, and then seeing when the damage stops going up.

I’m late but here’s what i see.


I did some calcs and Ryou’s damage with 2 Buster Crits from Orion at the end was around 8 million.

According to the calculator at Gamepress, with that many buffs the damage should have been over 16 million.

Wow, using someone else’s video is such an excellent idea. I don’t know why I didn’t think of that lol… saves so much time.
The spreadsheet calc allows for some more fine tuning in my experience, so I might try to set up a scenario as close as possible to the one in that video and see what I get.

Wow, that’s a fantastic write up!

To add a bit of recent development: the datamining wizs over at Atlas Academy recently wrote up this piece based on their research: 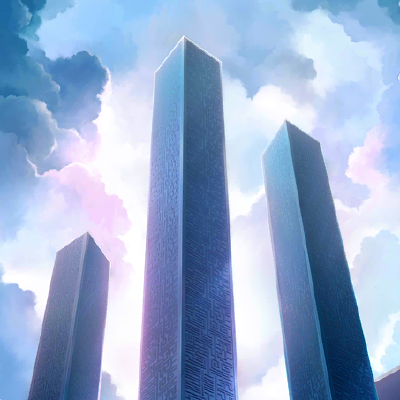 Miscellaneous information about FGO gameplay. Contribute to atlasacademy/fgo-docs development by creating an account on GitHub.

Holy cow, the website linked on that github page is exactly the type of thing I’ve been looking for for quite some time. I don’t know why I’ve never come across it considering how much I look for details into damage mechanics and whatnot. I can’t wait to explore it more in a little while.

The data on that github page itself is also very informative, and I think we can consider this case solved with that. Thanks again!

They had a big datamining breakthrough early this year, so their research is very much ongoing and developments not yet widely dispersed within the community. They have a Discord you can join and inquire if needed.

Remind me to update the CCCalc with the buff caps.

Aww, yeah! This is the kind of crunchy info I love!