Busti's Stall Diary Chapter #520: 7 years and going strong, it's the journey of a lifetime!

7 years ago, a small company in the recesses of urban Japan collab’ed with a doujiin circle turned company, their goal: To tell a story of a world deep and entrenching, complex and beautiful; a world that started with a Mushroom Man and only grew with numerous other writers, artists, voice actors, studios and more. It crossed the seas 2 years from then to become the global game we now have.

I welcome you, Masters of Finis Chaldea, last saviours of humanity, the one who shall reclaim the future and the present, I welcome you to:

FATE / GRAND ORDER: A tale of seven singularities leading to the cosmos in the Lostbelt

An unforeseen tragedy, an unprepared Master, an inexperienced pseudo servant and a future and city in flames. An Empire in madness, A war in madness, The Eternal City of a Rose Clad Emperor falling into madness The treacherous seas that trap the boundless spirits, A singular woman leading a storm, a path paved toward a watery grave or toward greater exploration? A city covered in fog, dead and silent. The answer lurking in its depths, an uncertain hope in certain terror.

The Great War of East and West perversed, the foundation of a country shattered, the ravaged Beast of a ravaged Queen’s Land. The Saviour King, The Saviour Knights, The Salvation undelivered… an unforgivable mistake and the loyal repentance. A Demonic Land, a sleeping Mother, the final stretch to an unforgiving struggle. And so at last you have arrived, at the final answer, the final foe and the final temple. To the deliverance of salvation or to the salvaging of the future? Tell me Masters, were you saved? Was it worth the sacrifice? Tell me, did you truly save? The future salvaged through our struggled grasp, it is meaningless in this bleached present…

The frozen land of beasts, the Tsar that dreamed of saving his people and the Yaga the wished to find joy. A land ravaged by the Apocalypse gone sideways. A helpless Goddess. An approaching burning disaster. And the hope to live and grow. A wish to find the love that was dead. The imperial decree of the ultimate human. The people left ignorant…but happy and peaceful. A god ravaged by a human war, with a human heart making human errors in a godly mission to eliminate all evil…again and again and again. The people that were and then weren’t. The eternally shining crown of Gods, littered with the rejects on the outskirts. The perfect empire under gods, divine prosperity, human worship. The harsh lesson of a harsher journey, the endless things lost forever

But even so, even so Masters, you will walk on, towards that precious salvation. SO ONWARDS AND FORWARD, TO THIS PERILOUS JOURNEY’S END, TO THE PROMISED SALVATION, TO THE NEXT MARK! To all Masters who choose to walk on: 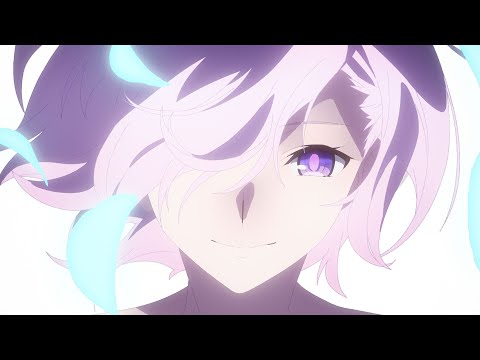 Happy anniversary to you all~

Nice thread and a neat read

Awesome job, Skills! That was an amazing read!
You put in a lot of effort once again!

This is a really well elaborated thread.

What a wonderful journey down the memory lane! Thank you so much, DSS! You truly outdid yourself with this one

This thread has me feeling some DB GT vibes for some reason.

This reminds me that Macarios and Adele were my favorite NPCs from CitL so far.

I can barely tell the difference between you and grimmy.

I blame pixiv taking forever to load for taking too much time.

It’s been some crazy years but it’s so lovely to go through another anniversary with y’all. Fate GO now really holds lots of memories. Just today I was doing the Memorial Quests. I went in blind but it still surprised me how easy they were