It’s been over a month since I try to encounter Giovanni - but without success.

Needless to say, I’m using a Super Rocket Radar (I have 4 of them). I check all the balloons (about 4 every day), but to no avail.

I need to encounter him to progress in a quest called "A Seven-Colored Shadow 5/6).

Is it normal that, over a whole month and using a Super Rocket Radar, he hasn’t appeared as yet?

In the past, I only was able to meet and defeat him only once (within a few days of using my Super Rocket Radar), and I was rewarded with a shadow Ho-Oh (which I kept as a shadow).

You’ll have to agree that waiting over one full month to find Giovanni doesn’t seem normal!

Giovanni is gone right now, it was in one of the announcements in game but i don’t remember which one, he will be back sometime soon with a different shadow legendary, some are speculating it will be lugia

The announcement was along the lines of “We’ve heard Giovanni will be disappearing for a bit…we hope he’s not planning any more mischief”. There was a brief spell the other day where regular grunts were giving shinies out, which is apparently a sign the leaders are getting their pokemon switched, which usually happens via events. Fingers crossed for Bagon, Beldum or even a new good shadow.

Lugia appears the obvious option seeing as we’ve already had Ho Oh, but Niantic never did run on logic so most other guesses are saying A-Mewtwo or a rerun of the Johto Beasts.

Chances are one of the next events will be a rocket one, most likely tying in with the J&J return on 01st or perhaps the 06th October Birthday one. Most likely, Giovanni will return at the same time. I can only hope it’s not as disappointing as the last minute Wooper atrocity last December.

If Giovanni doesn’t come back then, who knows. To be honest, I’d prefer no Giovanni to the 5 months (ok I exaggerate slightly but not much) of Suicune last year.

Thanks for your replies!

Where do you get these announcements? I read the blog regularly, but I can’t remember anything about Giovanni disappearing for a while…

What are your reliable sources of informations?

The tab that says news in the top right As @snarfyou says, the news tab. The in-game tab only stores the last few, but it was in the main September update, towards the bottom - link below: 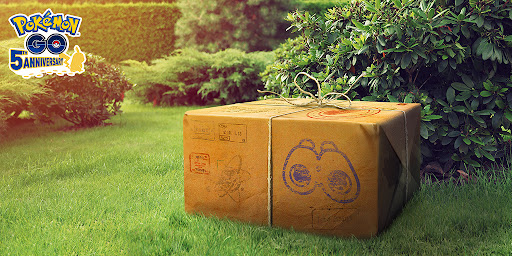 Coming in September: Get ready for the Season of Mischief and more! - Pokémon GO

“I tried to find Him with the Super Rocket Radar, but He was not there; I went from Kanto to Alola, but I could not find a trace of Him anywhere. I searched on the mountains and in the valleys, but neither in the heights nor in the depths was I able to find Him. I went to the gym in Viridian City, but He was not there either. I questioned the Elite 4 and the grunts, but He was beyond their understanding. I then looked into my heart, and it was there where He dwelled that I saw Him; He was nowhere else to be found.” – Jelaluddin Rumi

Many thanks for your replies!

Indeed, I should read these news items more carefully in the future - and until the very end!