Command Codes: How do you plan to use them/how have you been using them?

As these will be added this anniversary in NA, I’m sure a lot of NA players are starting to plan out who to give the special/limited command codes to and are likely wondering how JP users have been using them thus far (who did you equip them to and which command card?).

I’m particularly curious whether they’ve been used entirely out of the theme of the name/visuals or entirely due to effects or a bit of both (as some effects fit well with the servant that’s featured on the code or referenced by it).

I figure a lot of people prioritize gameplay, but in case there’s another odd person like me, I’ll include my research into what characters/servants each limited code is connected to, whether or not the effects of the command code make sense for that servant. In some cases they do, but that isn’t the goal of the list.

In any case, if you’re NA only, post how you plan to use your command codes, and if you play JP post who you’ve used the limited command codes on and your experience with it so that us NA players get some ideas of what options we have.

Edit: Here’s a list of all the command codes in FGO.

I personally give any good, limited codes to my favorites. Any that are more mid-tier can go towards servants I use frequently, or ones that could use a certain gimmick (ie. nullify stun on someone like Fran)
Anything common just tends to get thrown about
just keep in mind that code removers are fairly hard to come by for a while, so don’t add things that you know you’ll replace later

I plan to give holmes 3 cc.

White vessel, crest of humanity, and bride of white rose.

Reason - these two are usual challenge quest DPS for me.

Fair enough. Also you reminded me that Sherlock is another notable servant of Chaldea that could fit thematically with Crest of Humanity.

Emiya is also kinda thematic for me…

Red jewel lady a.k.a Rin Command Seal, and 1st Servant due to he is my 4 star tutorial tickets

So, what does a command code do? I have no clue, honestly.

They give special effects for your face cards, like 10% np charge when you use that card, or a 20% increase in critical strength or 15% increase in np gain etc etc.

I haven’t looked at them besides knowing that they exist; I’m sure like anything else I’ll curse the fact that I don’t have as many of them as I want to.

Tbh the ones I have heard of sound borderline broken - someone like Squirtoria is nearly capable of 3 back to back NPs as it is (with the proper setup) so if there was something that gave her +10% NP charge for an Arts card in a Brave chain that would just about guarantee she can do it.

Command codes are mostly useful in solos, and which code to use is ultimately situational, in the end most of them are not game-changing.

I believe for a brief period of time, perhaps until the Ooku event arrives on NA, command codes granting additional status effects (heal, debuff removal etc) will interfere with triggering overkill bug. Hokusai’s third skill on NA has already been observed to interfere with overkill bug when it takes effect (applies def down).

I’ve tried to give them to servants that can make use of them but not in an optimal way and in no way influenced on what is depicted on the card.
I’ve given solo servants heals and debuff cleanses.
Mothman has that Ignore Invul on a buster.
Arjuna Alter has that crit damage buff on a buster card.

I really should sort out my codes.
In a proper team Mursasaki doesn’t need the NP damage buff.

The only thing I’m certain about is that on NA Enkidu will be a prime candidate for that juicy 50% healing buff. 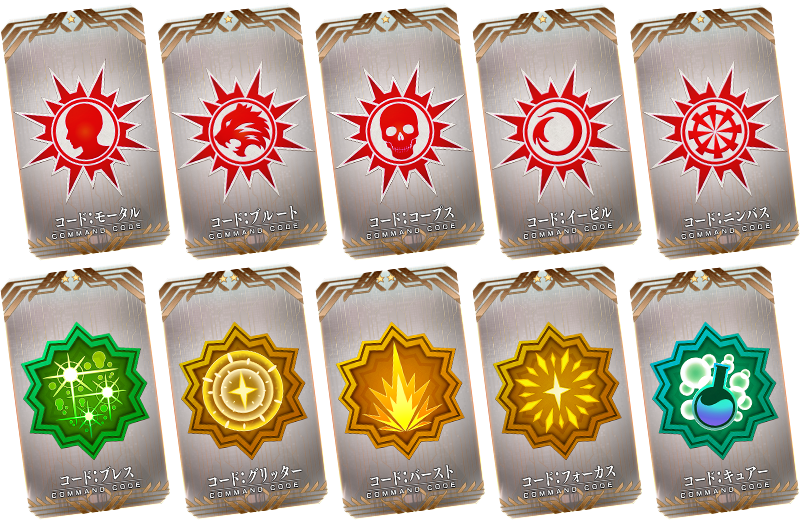 Ready to save and spend all your FP for these code.

Some code can be obtained via event shop

EDIT:
Nevermind, I figured it out by looking it up on the page you posted above lol.
People posted the answers in the comments.
So yes, we can engrave all 5 cards for any servant, but only one engraving per card.
Removing the command codes costs a Code Remover which you have to pay rare prisms for? Ouch…

OLD:
So… can we like, engrave all 5 cards for one servant if we wanted?
Also, I am assuming we can only engrave one effect per card? Like no stacking effects onto one card?

Removing the command codes costs a Code Remover which you have to pay rare prisms for? Ouch…

They are a staple in event stores and I believe you can get one or two from the monthly mana prism shop.

Oh really? Hurrayy that is fantastic news. I was hoping someone would say that

The comments I was reading were from 2 years ago so I wasn’t sure if they were valid or not lol.

Code removers are present in events and rp shop not in mana prism shop.

will interfere with triggering overkill bug.

What is it about?

What is it about?

Overkill gives 1.5x NP gain buff, but overkill is actually triggered much earlier than the text shows. Link below should provide an easy explanation. 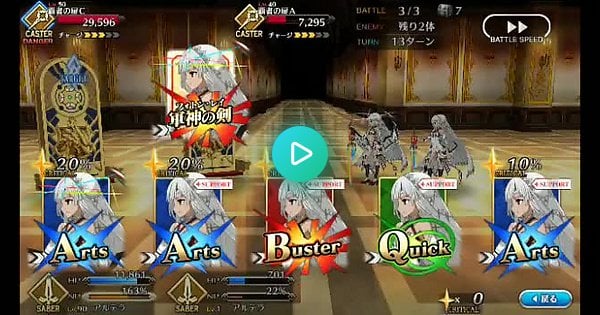 enhance gimmicks where I can such as anti-dragon stuff on Siegfried’s buster cards, crit damage on Jalter’s buster cards, star gen on Jack’s. anti-human on sanson, you get the idea, otherwise it’s just boost their weak-points or np gen on merlin’s blue cards. otherwise I’ll be cycling the event ones.

Could some of these codes provide a few servants with enough new extra buffs and defenses that would overtime rank up their potential in their tier lists overtime?

I remember seeing a video of somebody using Tamamo Cat against Beast III/Kiara during the CCC revival with an interesting Command Code setup that alluowed her to bypass her NP stun demerit with multiple Debuff resists that were not limited to her 3rd skill. So by commanding Cat in a specific pattern solo, she was free from her stun entirely.

Considering that some demerits restrict servants from moving up on their potential rankings, I’m wondering if these command codes are going to have a greater effect on some of those servants’ builds just for being included.