When are the stats of the new move released? Do we need to wait until NZ to decide if it is worth playing?

I do not have high hopes but I would like to have another usable dark attacker for PVE.

Here you can read:

Yes, but we still do not know how many bars or duration so it is impossible to say if it will be worth it.

I do not understand this article much but if it is not as good as Darkrai I will not bother much about the community day. 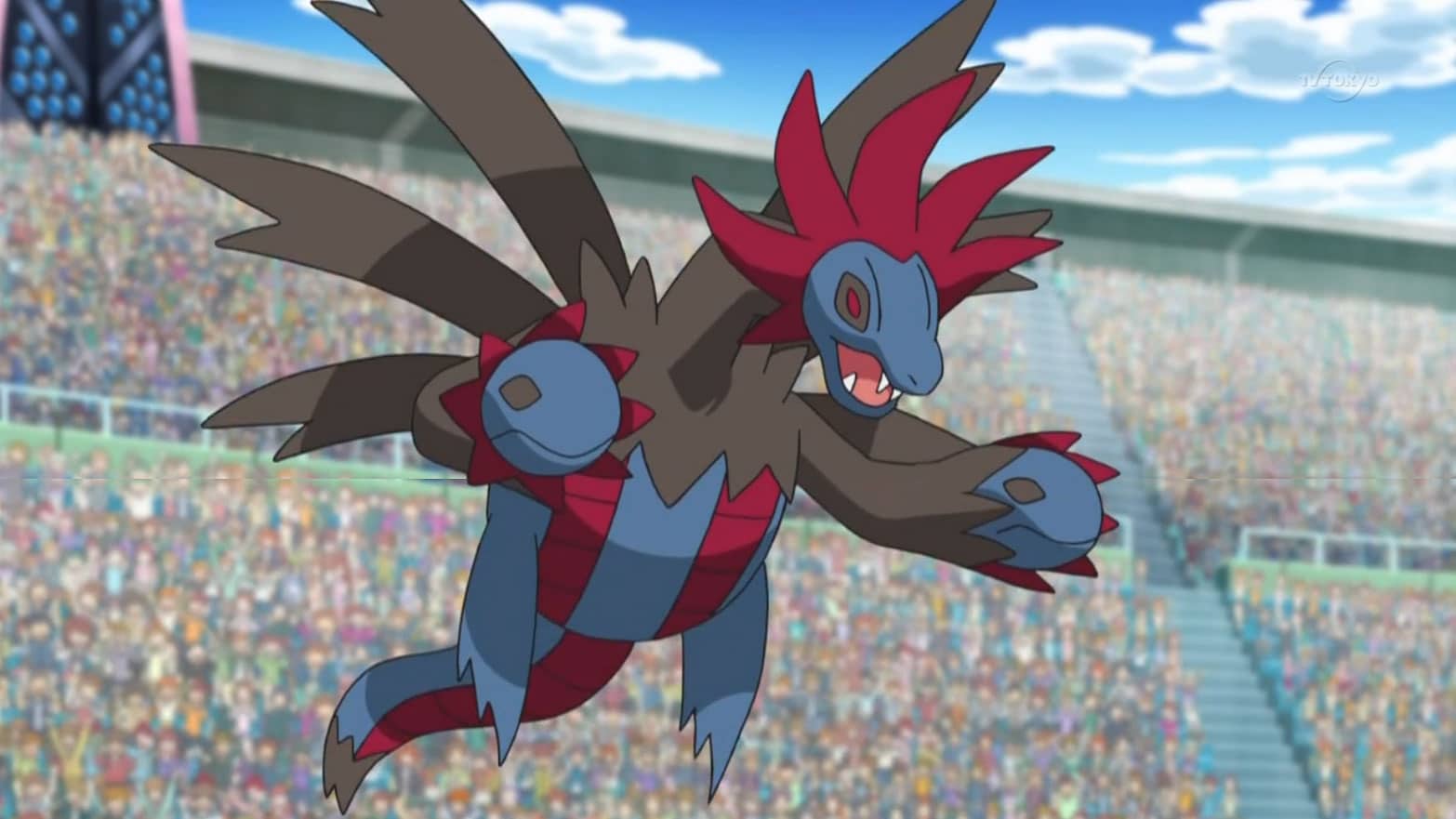 On this page TL;DRIntroduction and backgroundThe ChartsHow to read the chartsVerdict TL;DR Realistically, Brutal Swing Hydreigon will likely rank below Darkrai but above Yveltal as a -type raid attacker, with similar performance to Chandelure or...

As I recall the last few CD’s like that, it never seems to be fully concrete until the evening before. I can’t recall exact details or which one (helpful, I know) but I’m sure one if not two of the CDs earlier this year was amended a week or so earlier and again late the day before release.

From a PvE side, I’m expecting it will pan out along the same lines as EP on Garchomp last year, it’ll improve it and bring it to a position of prominence in the counters list, but it won’t be broken.

For PvP, as seems to be the norm, it’ll likely be different not better.

That said, I’ll stand by my historic comments that you could give Hydreigon the worst move known to humanity, I believe I dubbed the move “wets its pant and runs away” and the world will still lose its shit to play that day so who knows, I’m ever ready to be disappointed.

I expect it to have similar DPS*TDO as Darkrai but probably a bit lower DPS. I think @Oaf nailed it.

If it is as good as Darkrai it will be worth playing the day.

Rising a lucky Hydregion to 50 will be way more efficient than mythical darkrai and/or shadow Tyranitar.

The multiple bonuses (boni?) seems to be a consistent feature now and the double xl chance will be welcome this month. Hopefully there will be some windy weather to really boost the chances.

I’m not surprised, but as ever disappointed, at the cynical take on the raid side of it. On the face of it, I first thought it was a bit of something extra, but on reading into it I’m not so sure. This seems like a pay-for-candy exercise, especially given they know that the most (over)hyped legendary of all time is currently in T5s and people will be using a pass that day anyway - especially if they can’t normally get in-person raids going.

Can totally be a placeholder, but numbers at the moment are this… Don’t know about PvE, someone please translate this numbers…
But in PvP this is good, quite unrealistically good (to not say broken) to be honest because this move do not have an effect in regular games.

Simple PvE comment: dark type version of MM Metagross. Precisely what I predicted half a month ago.

That is absurdly broken…when was the last time we had a truly broken move added to the game?!? Aeroblast? Rock Wrecker? If however, this is only a 2-bar move (the most likely element to be changed since duration effects the animation), then it will be slightly better than the current Dark Pulse and perform on-par with Yveltal overall. Still good but not the new Dark Champion.

As for the PvP effect, that has to be a typo or something. That move has no effects in the MSG.

He is the new Metagross 4 years later!!!

PvPoke moves section has it listed as 40 energy and 65 damage with no buffs. I feel like it’s gotta be that or far less damage. I’d like to give Niantic a little credit being that they made pidgeot too good with a similar move that dealt about half the damage.

I’d say Metagross, just because Aeroblast and Rock Wrecker didn’t put their recipients head and shoulders above the competition. Personally I expect it to be 2-bar as well, although niantic do reeeeeaaaaallllly want us to play in person so making it insanely good so that people chase as many as possible would be a way to maximise that.

On the PvP side, apparently the debuff lasted about 10 minutes and was removed.

when was the last time we had a truly broken move added to the game?!? Aeroblast? Rock Wrecker?

I would go for psystrike.

Not sure who is more ahead of the competition MM Metagross as steel or psystrike mewtwo as psychic.

Once somebody told me that a lv20 psystrike mewtwo had more DPS than a lv40 Espeon.

2-bar for a 65 base power move is too insufficient, otherwise the cooldown would be ridiculously short. Great 2-bar moves at least have 80 base power (e.g. Sky Attack).

then it will be slightly better than the current Dark Pulse and perform on-par with Yveltal overall.

Then this CD is totally pointless for just a slim improvement. Yveltal isn’t top-tier anyway, and a pseudo-legendary with exclusive move being on-par with it is absolutely bad.

I’d say MM Metagross, simply because of the gulf in performance between that and anything else steel. Psychic has Alakazam, Latios, Hoopa, Gallade/Gardevoire that aren’t that far behind. **

Then this CD is totally pointless for just a slim improvement. Yveltal isn’t top-tier anyway, and a pseudo-legendary with exclusive move being on-par with it is absolutely bad.

The number of times you’ve justified (and stoically Defended) use of certain species as the “best non-shadow and/or non-mega and/or non-legendary” type in various circumstances - which is what this would certainly do for it - I’d have thought you’d be fine with that. It’s certainly not pointless and with a decent list of resistances including two of M2’s coverage moves, it’s well worth investment. I’ve already got a L50 lucky shiny one from last year, but I’ll certainly get a few more. I actually like the non-shiny so I’ll likely build another L50 lucky non-shiny.

I was talking about the moves, not the overall performance increase. Aeroblast has a DPSxDPE of 95, better than even Aura Sphere or Psystrike. Brutal Swing and Rock Wrecker actually have identical DPSxDPE.

I will agree that even if its a 2-bar, its an improvement (though very marginal) and makes it actually fun in PvP. Been a while since we’ve had something that actually improved both aspects of a 'mon (Garchomp).

Please note that moves with different bars can’t be compared simply by DPS × DPE. If giving them to a mon with the same STAB and SE factor, you’ll find that Aeroblast is inferior to Aura Sphere, even worse than Meteor Mash.

You know I like variety in my raid teams, and I like powerful moves. Such a great Brutal Swing brings Hydreigon from an unnecessary niche pick to an absolute top counter, so I’m very satisfied. Having something cheap and accessible to compete with expensive legendary/shadow mon is welcomed in my book.
From what I can remember, most of the species I’ve justified use are relatively easy to obtain, and hardly rely on legacy moves. If Brutal Swing is 2-bar with the same cooldown, then CD Hydreigon just resembles Grass Knot Breloom, which I definitely won’t justify to use.