Do you use other ascension forms besides the last?

There’s been a number of posts on this.

Servants you keep on previous Ascencions

I change her around here and there, but I’m real weak against the Nun aesthetic. Also the leg slit is really great.

Also I don’t have her, but if I did, I would definitely use summer Raikou’s disciplinary outfit a lot.

All three ascension forms are great design, so I switch between them regularly: 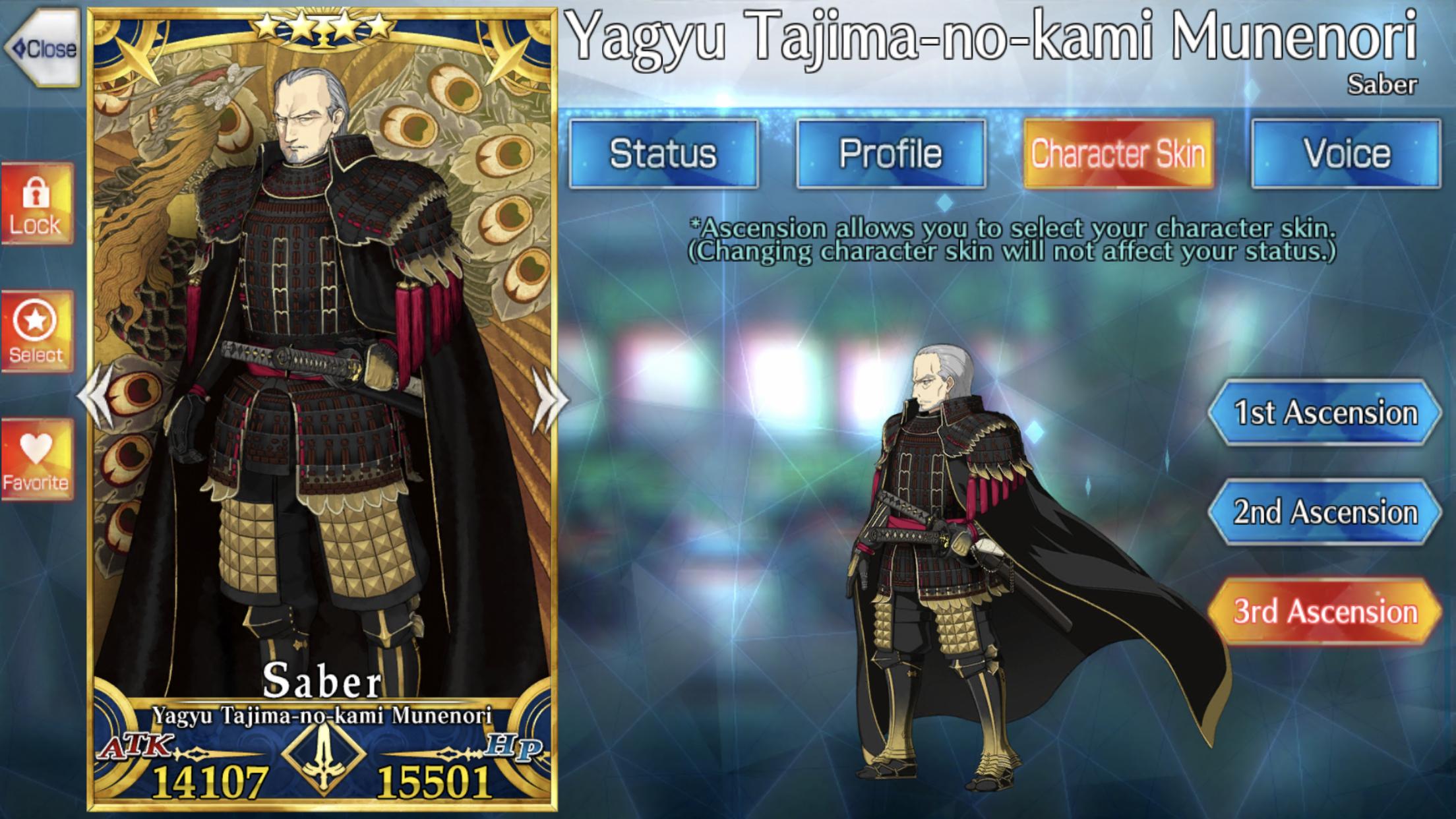 I keep Archuria and Li Shuwen in their first ascension, Waver in second. I keep my second ‘esports unit’ copy (e.g. L50 Mata Hari, L50 Mozart) in a lower ascension stage to prevent confusing them with their L60 copies.

I keep a lot in all sorts of forms. Also keep the ‘esports’ fodder copies in lower asc stages. More aesthetically pleasing.

I mean come on how come no one else uses this its a wet t-shirt waifu.

that’s tthe one i use for her. easily the best of both worlds.

Here’s my support set up… As you can see, all are in 1st or 2nd ascension. If it’s a servant I use a lot or like, they are usually never in their 3rd ascension.

And then there’s a few who’s SG I don’t keep on their final because their face looks weird in their FA art like Tamamo, Gil and Bedivere

Atalante. The stripes and frills in her 3rd look kinda clowny to me

I use her 1st ascension. I just really like the colors more.

And I also use Tamamo 1st/2nd ascension the animations look cooler and honestly fit her character better. She always comes across as a very animated character and her third ascension looks a little to regal to me

But there are like 4 or 5 options (their card, their sprite, their icon, something else) and i mix and match liberally from those options.

Main art, battle sprite, icon, status icon, and command card art.
I know I made a thread a while back that covers more customization of these various arts.

This thread is specifically about the player’s ability to change the art of the servants in the game. In particular, the ability to mix and match art from several ascensions as you so choose, since there are already threads about simply swapping to earlier ascensions that I’m linking below so you don’t have to go looking for them.

For example, Karna’s ascensions are all cool, but since he swaps to third ascension when using his NP and how gigantic his spear is in that form I leave that for just his main art, and then I represent his first ascension in both his status icon and his command cards and make his battle sprite his second ascension. I’d give other examples, but then that defeats the purpose of linking that thread, so I’ll move on to the main discussion here.
Karna’s third ascension main art is way better than his final ascension main art in my opinion.

I pretty much always keep units in their final ascension for the card itself, but I regularly bring battle sprites down to previous ascensions.

I’ll often do the reverse actually. The main art is much more in-your-face than the battle sprites, so for example Semiramis I leave in first ascension for main art and have her in third ascension for her battle sprites since the weird hair doesn’t bug me as much in that format.

You’re cutting his wings off? Are you grounding him because he tampered with other servant’s NPs too much?

Agreed, this is one of the main reasons I’d like to get her.

You’re cutting his wings off? Are you grounding him because he tampered with other servant’s NPs too much?

Is that what they are? Honestly his whole design doesn’t make a lick of sense

While I like some of the potraits, I rarely use them in-game. I generally use 3rd. It’s often the case that when people show their lineups, I sometimes don’t recognize the servant, even one I have.

Oh, in particular, I keep Jack at 1st ascension

I can’t take her seriously so she needs to be in her furry suit footie pajamas Jaguar getup.

Some of them, i already explain my reasons un another thread about the same thing but a new addition is Siegfried, i use him in his 2nd ascention because he doesn’t look good with the wings in the battle sprite I usually keep everyone I raised at the 3rd, both Ascension and sprite. Only Arash in FA with Jack and Tomoe in 1st sprite for obvious reasons. Don’t remember why I have this habit tho

Skimmed thru the posts, and no one likely mentioned Emiya.
I usually like his 1st ascension since that’s what he looks like in anime; but recently I switched to the 2nd bc I like how his hair is down and not brushed up. And his arm muscles.

I keep my Jalter in 1st ascension; also Moriarty, Waver, Vlad and Abby.
Abby’s 2nd & 3rd ascension is too scary for me to handle

I’m constantly changing ascensions for servants depending on the season, month, story, major battle they had etc. For instance, LB1 was a winter wonderland so I changed all the servants I used into the ascension that had the most clothes. Generally for summer I put servants in their least amount of clothes or coolest looking attire and winter in their most amount of clothes or warmest attire.

If one of my servants has been in the same ascension for more than a season, it’s most likely because I forgot to change the ascension.

I keep all of my servants, except for two (Mash and Caster Nitocris at Ascension 2) at Ascension 1, because I like the simple and basic look. I also have OCD with this kind of stuff too, so if I change a handful of servants to Ascension 1, I feel like I have to change all of them to Ascension 1