But for those who still have faith (eww), good luck on your rolls to come!

Whether you’re here for depressed musician number 1 or 2 or the doujin-writing French toast, or just want to come in and say you won’t be rolling to pad your forum activity, welcome! IMPORTANT PSA: IF YOU ONLY WANT SALIERI, WAIT UNTIL THE EXTRA CLASS CLASS BANNER IN ABOUT 2 WEEKS WHERE HE WILL BE THE ONLY 3* IN THE ENTIRE POOL!! 3 STAR RATE-UP IS A LIE AND SO IS ANY RATE-UP

I have arrived to pad my forum activity.

I have nothing left to roll for here

Lore of the title for comparatively newer players:

Last January during the rerun of a certain Da Vinci-themed lottery event, Jalter was a main antagonist in the story and was a boss in the event’s CQ. The CQ itself was titled Doki Doki Alter Club 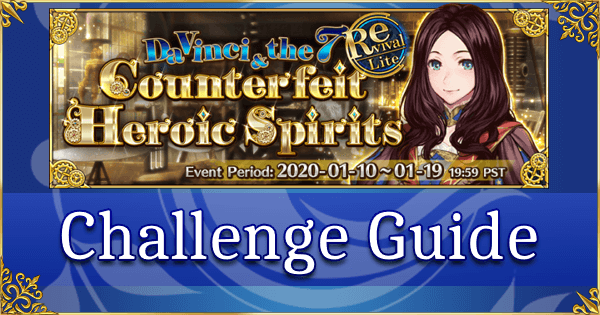 Which reminds me that I still haven’t finished Doki Doki Literature Club. I rolled six times on the 10x summon.

I got really lucky when Jeanne showed up on the 10th summon of my sixth roll, I was starting to get worried

Now I just need to hope that her costume dress makes a return in the future. Not a single new copy of k-scope or BG, though. Mostly just this guy cosplaying as Giovanni’s son, Silver. Now the question is, do I attempt NP2 with my remaining SQ?

Holy sh*t! How many SQ did you spend to get that many of those two? I didn’t have an avenger in my roster at all, not even angry mango. I was saving my free SQ for the extra guaranteed banner, since I figured I’d at least get a Salieri out of it.

Of course, I got drunk and decided to yolo this banner instead and threw a roll at it and there she is on my first pull, so I’m sure the RNG has banned me from mUSAshi and space ishtar so I’m out of ideas for the rest of the year…

Congrats on your Jalter NP5! haha
She is indeed very tempting ;) and I knew you would be rolling for her ^^ haha.
By the way, do you have her Shinjuku costume?

Is Nero Bride next for you? or would you be convinced by all the other players so excited about Arjuna Alter and be rolling for a copy or a two? hmm…

I am still not sure if I should be rolling after tomorrow in hopes of getting at least a copy of Queen Medb, or finish NP5ing Sitonai next week or just be patient until Nero Bride…hmmm…

Not a single new copy of k-scope or BG, though.

It was what the gacha reclaimed to get 5 kscopes. There are too many 5* CE now, it was more easy to pull Kscope or BG at the beginning.

Congrats for Jalter NP5. You will notice that her crits are more dangerous than her NP but nothing is too good for your waifus.

What exactly is the big deal about Arjuna Alter? At the moment I’m planning to skip him and go for Nero Bride.

AA has an AoE NP which inflicts the same damage like a ST NP.

Also he has a gather crit stars on his buster cards and a charge.

Arjuna Alter has only 1 banner. If you want to NP5 him, it’s now or never.

I kept telling myself that if I rolled for Jalter I’d stop at NP2, but when she came on my second multi I took it as a sign to take the plunge!

Nero Bride is next for me. I was considering rolling on the Assassin “bait” banner in the hopes of getting Yu, who has really grown on me since meeting her in LB3, but since I couldn’t resist Jalter I will hibernate on the gachya until the 17m downloads campaign.

Arjuna Alter is so good, and his hype-train is well-deserved, but I’ll have to cheer from the sidelines. Summer BB and Merlin are not too far away, so I need to save for them.

If I remember correctly you already have NP3 of Jeanne ruler, so it might be prudent to wait until this fall when Sitonai isn’t an SSR coin flip. As for Medb, that is is your call. There’s only a 0.2% to snag her, though. I suppose you can’t know for certain what you’ll do until the choice presents itself.

I currently have 2 BG’s and 3 k-scopes. I’ve gotten Under the Sun about 10 times, and I have several of the non-limited CE’s mlb’d as well. But BG and k-scope are just so hard for me to come by. It’s all luck, and the CE pool is vast. One of these days I’ll MLB them both, but I was really hoping for at least one copy of either of them rolling on this banner.

Ah well, at least I got the tsundere avenger waifu. Nothing is too good for her, this is true, which is why I’ll be surprising her with Merlin in the coming months ^-^

@R3dsabErf : I’m not a big fan of husbandos especially Arjuna. I got four copies of Arjuna and have burnt him twice and thought of burning the two but felt pity for him so I made him NP2 just like his bro Karna. I’m not an expert with Arjuna Alter, but basically he is one of the best or “the best” Buster AOE NP servant in FGO. He hits hard like a truck, and his skills have almost everything a player would want: HP heal, NP charge, guts and etc. He is a very offensive servant good for farming and CQs as well. If you want more specifics and details, you should ask players like @Gou ^^ to enlighten you up with Arjuna Alter.

I see. I hope you have the Shinjuku costume for Jalter since she looks the best on it ;)
Rolling for Yu in 4th Anniversary banner has more chance for you to get her. So, it is a well-forced-decision made from you to skip the assassin banner ;)

Yes, my Jeanne is NP3. I was going to mention it to you on the previous reply that I am definitely not going to roll for Sitonai during the Oniland Rerun because I already have enough MLB’d event CEs and want no more of them and it is right before Space Ishtar so…
The best chances for me to NP5 my Sitonai is during this class banner since I don’t have to worry about any undesired general pool spooks (there are: 4th anniversary shared rate-up, Valentine’s shared rate-up and class banners) and it is the last banner before Jinako and Astraea join. But I am fine with my Sitonai NP3 and NP5ing her is not at all a priority or an urgent matter, so she could wait I guess. There is always Caren’s banner ;) haha.

I would have to wait next Valentine’s shared rate-up (not at all interested in Sei Shonagon but
I do like her soccer animations though haha) or about two years for Queen Medb’s rate-up… too long to wait for… especially with the Lostbelt 6 coming up most likely next month in JP where Medb is “expected” to play a role resulting her popularity to sky-rocket… and I definitely don’t want any other general SSR spooks such as Arjuna or Jinako in the future. hmm…