Ah, Zeus. The rapiest of the rapey gods of Greek myth. In this myth, he turned into a white bull, kidnapped Europa and swam across the sea to Crete, gave her a necklace and left her as queen, and then moved on.

Now she’s the namesake of a continent so good for her in the end? Did she receive a better deal in FGO or is she due to be forgotten? It’s forgotten. She feels like a combo of Marie and Drake, but without the best parts of Drake and, well, Marie doesn’t really have any best parts IMO to steal from. Sorry, France.

S1 pairs a 3-attack, no turn limit Invincibility with a 3-timeDebuff resist. Debuff resist is great when you need it, but you don’t always need it, and in some fights they’ll hit you with more than even the 100% you’ll get from this skill. I really love that both effects otherwise can’t be wasted, though - use this on any turn and either it’ll help you avoid damage or it’ll stick around until it can help you avoid damage.

S2 is a 3-turn buff for the majority (5/6) of her cards, clocking in at 30% at max. It also charges her NP gauge, by 30% at max. Unlike some other Buster “loopers” she doesn’t have any built-in NP refund (Seiba, Mordred) or the full 50% battery (Ishtar, Drake) that would let her NP 3x in a row with a Kscope. In time, Koyanskaya or Oberon can help with this ofc - but that’s in the future. For now, 30% is enough to help her out with a mix of starting gauge CEs. The boost to her cards is a nice touch since otherwise her NP damage and NP gain is lowish.

S3 is an upgrade to Shuten’s s1, providing a solid chance at an AoE Charm, an AoE Defense Down, and an AoE Crit Chance down. The CD is a little long for what it provides, and Defense Down is inferior to Attack Up (Can be resisted, doesn’t carry over from wave to wave) but it’s there.

Verdict:
Her skills all seem dated, really. S2 is probably your best bet for general use, and then S3. S2 would be the only one I Lore unless you find yourself using her in long, drawn out challenge quests where you want the CD reduction on her S3 or the increased debuff resist on her s1 - otherwise, I’d go for 6/10/9 or even 4/10/6.

NP:
Her NP is an AoE Buster that has a pre-cast Buster Up for 1 turn (starting at 20% and going up to 40% at full OC). It also increases her defense by 50% for 1 turn, flat across all NP levels. The damage on this is okay for right now, hitting for 24k—>40k neutral, NP1—>NP5. If you save her Defense Down for the last wave to push someone else’s damage, that changes to 20k—>33k damage.

Now, that is currently higher than Drake (17k—>26k without her S1; 23k—>35k with it), with higher base attack and more persistent (3 turns vs 1) damage steroids to her cards. Drake has the advantage of better crit access and NP gain (via her s2) though.

The comparison to Drake ignores that Drake will, in the future, get a buff that improves her Buster performance and allows her to Ignore Defense, 1 of which will always bump up her damage and the other which might. It’ll basically even them out on non-burst turns for each, while letting Drake punch for a bit more with her S1 vs Europa’s S3.

Europa is very much a General-pool Servant. She’s fine. She does good enough damage (love an NP damage buff that also added 1 turn of extra attack or something), survives long enough, and isn’t the worst pick for CQs. She really does blend together a lot of things from other Riders- Marie’s survival, Drake’s charge, Ivan’s debuff resist, Medb’s Charm, etc. But she also doesn’t have the focus that a lot of those others have (Drake’s self-sufficient NPs through ready crits; Marie’s heal; Ivan’s damage; Medb’s anti-male Trait damage and team support).

So that’s why I feel she’s been kinda forgotten. But she’s fine.

Well, not enough good doggos in her art. That’s clearly why Summer Carmilla is the best Rider of them all.

I look forward to acquiring her with my SSR ticket, but I agree with the consensus here that she’s too much of a generalist in a class (and game) that already has plenty of good ones.

So that’s why I feel she’s been kinda forgotten

She is really sweet and adorable and I really like MAO’s voice for her, but her kit does her no favors.

Even worse that Drake is my pick on the SSR ticket.

I need a new AOE Buster Rider like I need a 1/2 off Ember Gathering campaign announcement. Welcome, certainly, but completely unnecessary. If she does manage to spook me, I’ll get her lines because MAO is

I have no clue what DW was smoking releasing a SSR in a story chapter who doesn’t show up in the damn chapter but I needs some of that shit.

Aaaaaaaand, she’s no where to be seen on a banner, for some reason…

Well what are they suppose to do? It’s not like there’s another SSR rider that is featured prominently in the trailer

DW’s ways are not man’s ways. We cannot hope to understand them.

Her S1 always makes me wish they’d gone in harder with her defensive potential. That kind of invuln is a massive boon, and she could have been a real upgrade to Marie’s defensive capabilities in the Rider slot, since not many of them come with good defences. Unfortunately, the best I can say for Europa is that she was the point where I gave up on DW ever releasing another Servant that didn’t have a 30% dual colour skill.

She is quite bad imo. Feels like only worth getting if you like her design or va

I literally forgot she existed until people started asking when her banner was during the livestream. Then expected her to make an appearance in the LB only for her to be a no show; guess I’ll she what she’s like in Olympus.

Overall super forgettable with a sparkle of durability in her S1. I do like the smile she has at the end of NP, but that’s really it.

She feels like a combo of Marie and Drake, but without the best parts of Drake and, well, Marie doesn’t really have any best parts IMO to steal from. Sorry, France.

Hey, Marie got a charisma buff, so now she can support the team with attack buffs and with her NP - critical strength buffs, debuff clear and healing. She could definitely use a third skill buff though, maybe a way to get access to her NP more or something else to help out the party.

In Marie’s defence, she does loop really easily. Even if all 3 skills are utterly useless currently

She’s there if you’re new, have DSS ready to go and little to nothing else - like a poster we had asking questions recently. But her damage is absolute poo without 2x advantage (thanks to that mighty 0 steroid total + low atk) and even then you need all the help you can get to loop Berserkers, and probably NP3-5.

Literally bottom rung of the DSS options because hey great you looped BUT SHIT STILL ALIVE YO.

For Marie:
+For early game accounts debuffs etc are a nightmare to deal with, particularly in Shimousa 7 duels.
+I mean a loop is better than no loop

Against Marie:
-Her skills don’t offer important utility for newbies and GL spamming that NP in Shimousa when you need debuff clear when you can’t bring a friend Skadi and don’t have a Waver to add.
-Literally every other refund Rider bar CARmilla/Medusa does it better. Achilles may refund less without his S3, but he actually kills shit and can have Paracelsus, Bride or Waver bridge the gap.

Kind of copium but thanks to Oberon, that mistake is finally rectified! 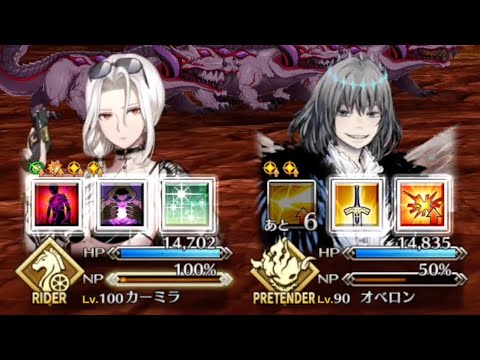