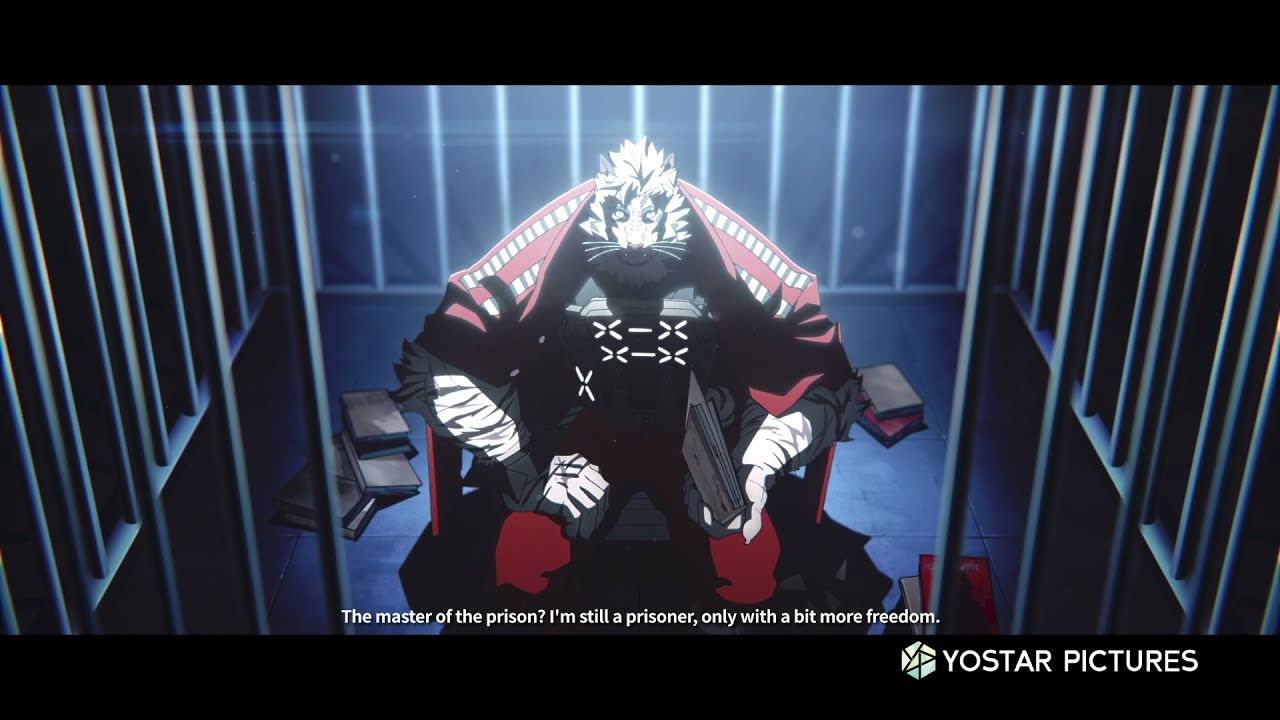 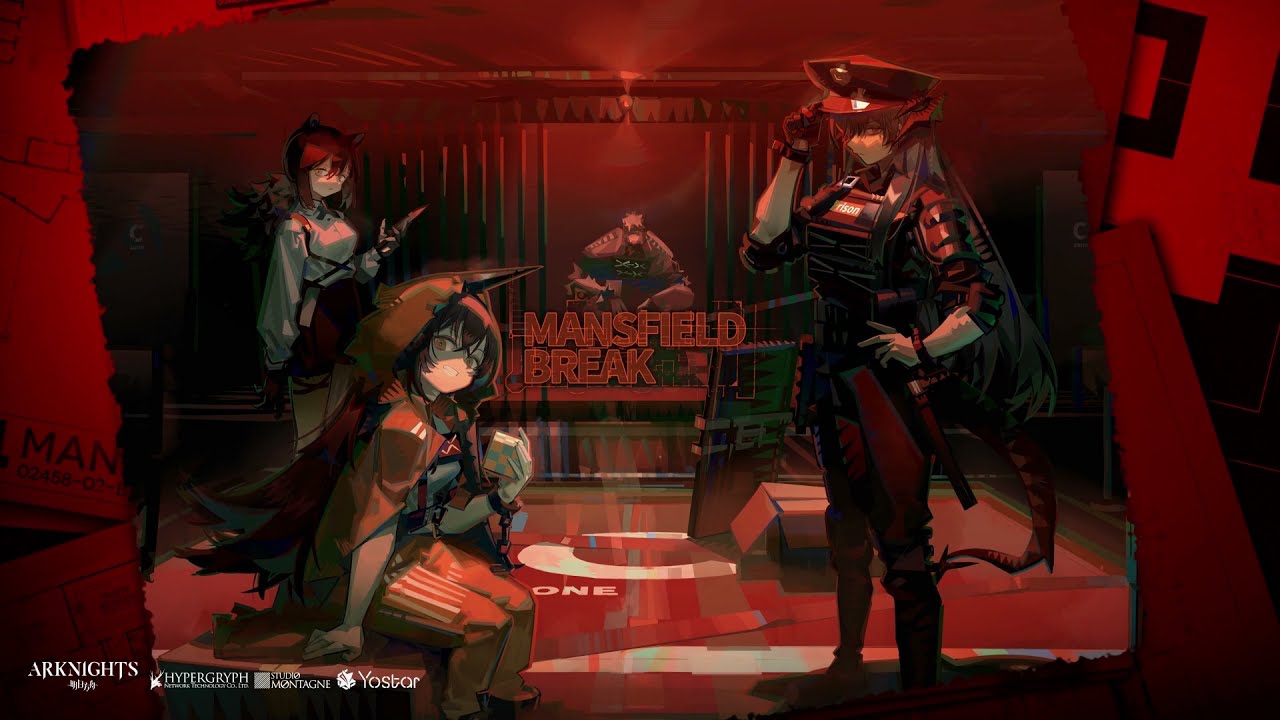 This prison is only a near-abandoned industrial platform.

And Randall, the current warden, suggested the municipal governments to build this prison

and solved the issue of what to do with this industrial platform and the containment of inmates.

In Columbia, the most profitable business are businesses that cling to power.

If you want to do the right thing, you must first know what is right.

Next, you must know that just because you’re doing the right thing doesn’t mean it will be without sacrifices.

If I say so

Will you hand him over? [image] It’s been over a month ever since the Fan Apperciation event that we can finally see a brand new banner with new op, this one has some interesting op that players may want to have. [image] First is our first close ranged aoe 4* sniper [Image] S1 Showcase [[Arknights] Pinecone Skill 1 Showcase] S2 Showcase [[Arknights] Pinecone Skill 2 Showcase] Second is a 5* fast redeploy [image] https://gamepress.gg/arknights/operator/kafka S1 Showcase http…

Another new event, another new set of Operators. For anyone following AK’s social media, you’ve likely seen the reveal of the new Operator, Pinecone. And here we’re going to go into the numbers of her skills similar to what I did with Purestream nearly a month ago. The numbers below will assume max Trust and Pot1 (thus no ATK bonus from Potentials). She may be a 4* but asides from those who will roll enough on the coming banner to get 6 copies of her, not every may be able to get her to Pot4 …

And here’s the second Operator revealed for the coming Event and Banner. Our newest Specialist carves out a place for herself among the game’s other Fast Redeploy Ops for being the only one with skills that deal Arts Damage, allowing her to help deal damage to armored enemies much better than her other counterparts. In addition, if we aren’t counting Phantom’s phantoms, she’s the only one capable of doing so at range with her S2 (unless we count April as a pseudo Fast-Redeploy Op due to her T…

Our next new Operator is the welfare of the Mansfield Break event, Robin, the game’s first Trap Specialist. Her skills are relatively straight-forward. Drop a trap on an unoccupied space, wait for it’s cooldown to end (5 seconds after deploying one), and put some more down. Of course, this doesn’t mean that you can fill the entire map with traps. Robin’s Talent limits how many traps she can hold and how many she can have out on the field at any given time. Starting at 6 on hand with up to 4 d… 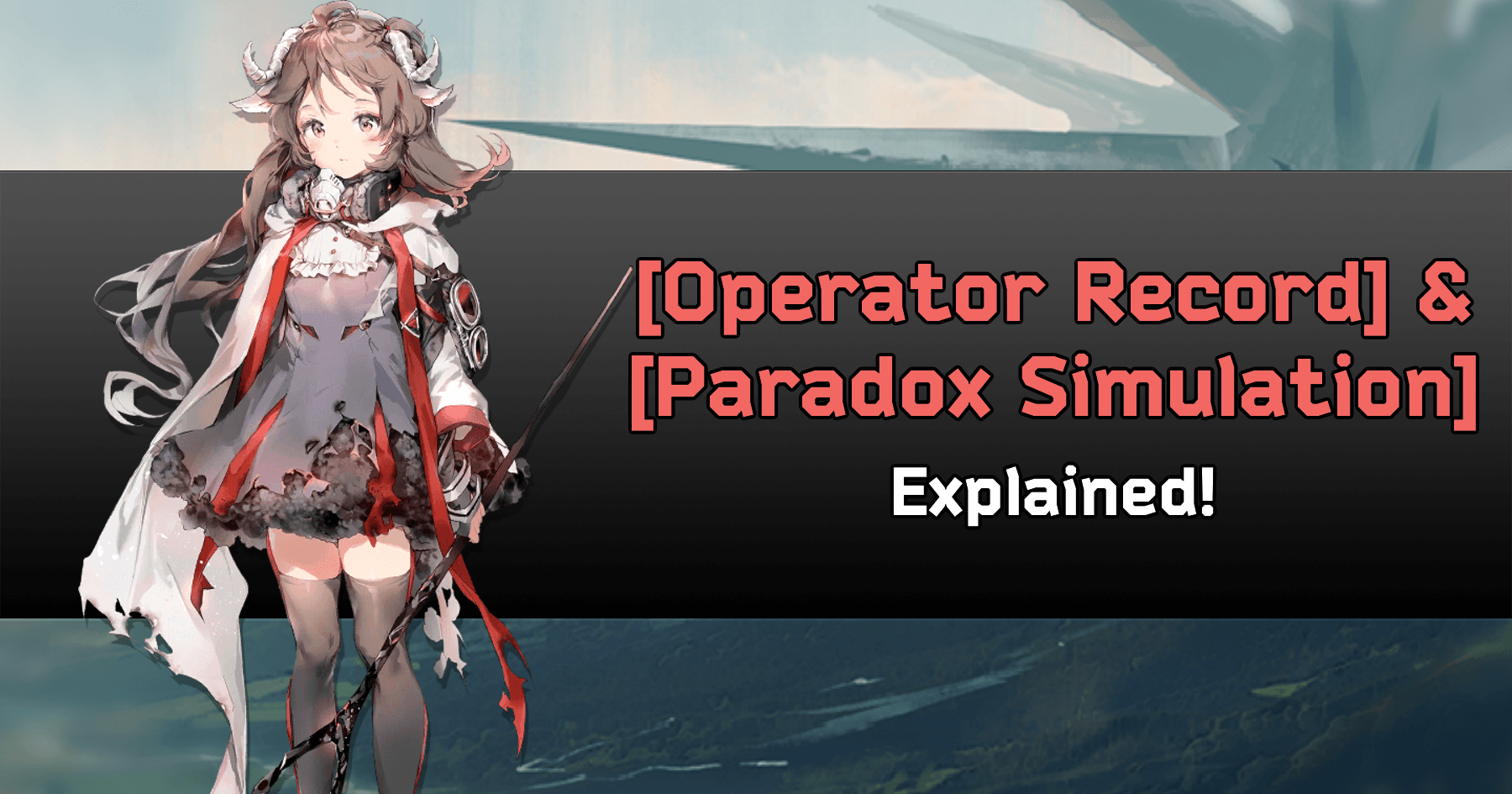 P/s: this thread was inspired by pepsi, discuss whatever you want here, whether it’s story or stage

refills probably even to help it out.
Even if Orion Clusters are the more expensive mat normally…

So it’s about Mountain and he’s a prisoner?
And somehow Saria and Silence are involved? Mountain seems kind of meh. But I’ll still roll and try to get him, and maybe Kafka too. My Eunectetes rolls were pretty bad, but that’s standard banners for the most part. I don’t know if the network update will actually be happening for en server as they never mentioned that only the jp and Korean servers/accounts. Plus this would be the first time they bring an ui update ahead of the event it was released on in CN.

The updated network released with cc4 I believe in the middle of January.

On a side note I’m excited for the paradox simulator and operator records (I been raising the units needed in advance) also I want that Elysium skin so bad and unless I lose a lot of resources with bad luck rolls I’ll probably grab saria and weedy outfits.

It’s our first look into Columbian issues as it’s a Columbian prison with ties to rhines lab. From the looks of things I believe it’s a false imprisonment related to a rhines lab incident and probably going to be a few references to the for profit prison system and/or a broken justice system both things that america(columbia) suffers has issues with. Plus arknights has never avoided making many real world references and issues plaguing global politics or specific country politics.

Either way saria with experience with rhines lab and commitment to taking down the corruption within plus silence being the head of the Medic depart of rhines lab and her deep relationship to saria and ifrit (an experiment of rhines lab) this all makes perfect sense for their focus.

You know that JP/KR/EN share the same schedule right? So when those two have something, EN would also have it as well

And for why do Yostard bring op network update early, my guess is they are planning to shift CC4 after Who Is Real which will be the Half Year anniversary event for global at late July, hence the early update, they can’t squeeze CC4 in between Beyond Here and global Half Year anniversary just like CN which will make it two CC in a span of two months, the dead week that we have rn is the result of padding some time to align Who Is Real to late July and 2 weeks of Beyond Here event after Mansfield Break

From the looks of things I believe it’s a false imprisonment related to a rhines lab incident and probably going to be a few references to the for profit prison system and/or a broken justice system both things that america(columbia) suffers has issues with. Plus arknights has never avoided making many real world references and issues plaguing global politics or specific country politics.

Whaaaaa??? I stopped reading Arknights after like chapter 2 because the writing style is so boring (imo) and it also reminded me a lot about the “MLK good, Malcolm X bad” rhetoric (“both Rhodes Island and the Chernobog citizens have infected people in them, but since we’re pacifist and they’re militant about progressivism, that means they’re the bad guys”) that was used to vilify protesters. Is Arknights actually ideologically progressive/became ideologically progressive?

It’s always been. The story is literally an analogy for racism and homophobia aka the aids crisis all while being able to take it to another level even throw in immigration and refugee crisis.

You stopped just a fraction too soon. It opens with everything going to hell in a handbasket a full scale reunion invasion during a catastrophe and a rescue mission all inside a hostile country. But directly after we go to lungmen and see the issues and details of everything which shows we are far from passive. We just think endless killing will only bring us farther apart instead of fixing the issues at the core.

Plus slowly but surely we learn and meet more reunion leaders and it truly blurs the line of what is truly wrong. With multiple operators even outright saying it. Why are we fighting them. We want the same thing but have different methods. And Rhodes island as a medical company well their number one rule is to save as many lives as possible

As a side note we stood up against reunion more so because they were killing innocent non infected people who at best their worst crime would be passivity (although thats a complicated charge considering its dependant on the country they are from what power they have etc.) We even see a full on explanation from Rosa/Poca in children of ursus in the stories both flashback to the time she met the other infected students and her current life how little she knew about the struggle as a former rich elite herself and she even says to Zima in present time she’s done everything she can to atone. From joining the USS to working HR (cause as essentially a former princess her best skills were diplomacy and human relations) but feeling it wasn’t enough compared to what the others were doing so she transferred to the field. (With a sweet ass harpoon launching seige Canon lol) and when Zima thinks she’s just trying to ease her own guilt and its really just an act. She rolls up her sleeves shows her all the scars and tosses Zima a boxcutter and says to believe her that her guilt is real and these 26(!) scars can prove it.

Sorry this got super long lol I’m a big arknight nerd and addicted to the wide lore and story and actually find the writing incredible. (Occasionally confusing and definitely not as great at the start but had lots of growth as it went on in writing style) anyways if you wish to talk more about the 0lot elements or even debate and fan theory for all the little breadcrumbs throughout the game private message me that offer is open for everyone.

It’s still weird that for such a synced system that 1 was out of touch with the others. And still never mentioned it. Also https://arknights.jp/news/192. According to the jp server official update patch notes they don’t mention the character network map update but do mention the pause and 4x speed and paradox records.

No matter what one of the arknights accounts glitched the question is which ones messed up lol. Which of course can’t be answered till it all drops on the 22nd. So just gotta wait.

I’ve caught up to END8-1 and I’ve got all the event medals so far (with the exception of the Pyrite trim, rip) so I mean. I vaguely know what happens but I just never got invested lol. I tried reading it sometimes while I’m skipping the text in case there are any cool CGs but the text is always either full of pretentious junk or says literally nothing. I’m just not a fan.

I guess I just don’t find it pretentious cause I think it isn’t pretending to be better or bigger then it is but it actually delivers. I’m always fascinated by authors who plan so many little details even years in advance that can all come together and mesh back perfectly. The lore and hints in character profiles details such a massive complex world stage with many issues effecting them and to eventually start even a side event years in advance is amazing. (Although the code of brawl event was a bit over the top but that technically also turned out to be the point still we got a lot clues and hints about things in that event from the big 4 , penguins “immortality” , a glimpse into Siracusin life and mafia operations plus the lappland cliffhanger, not to mention the ever widening mystery of laterno and fallen angels etc.)

Maybe now I will we able to read the story.