Hi, I’ve been playing FGO for some time and so far I haven’t encountered a lot of girl players IRL or even online. I mean, it’s not crazy to assume that FGO has a decent-sized female fanbase - thought it may not be as big as the male fanbase. (With servants like EMIYA, there’s bound to be girls drawn in). So I was just curious to see how many other girls are on here? Have you run into many girl FGO players? Who’s your favorite husbando/waifu?

Count me into that pile. Will follow best girl in Best Saint in Jeanne all the way, she’s EX-tier for me. 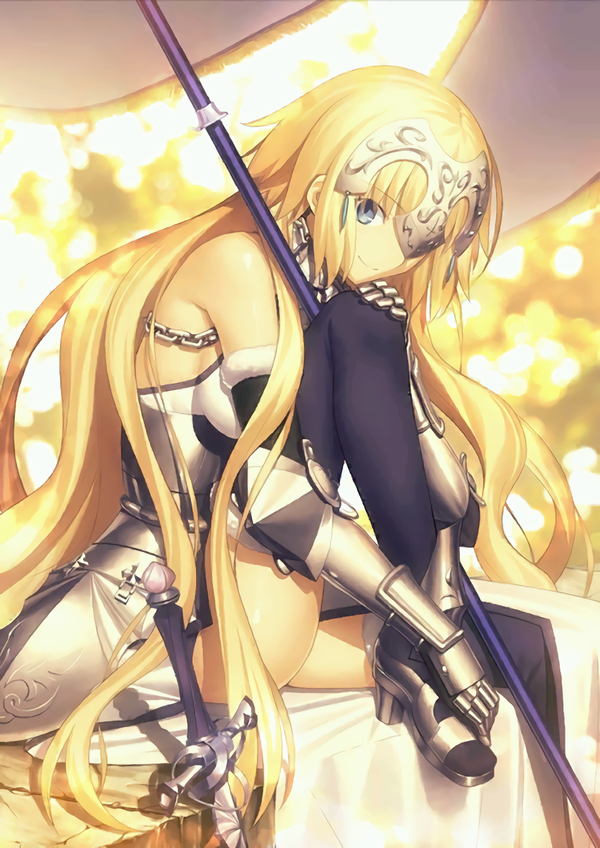 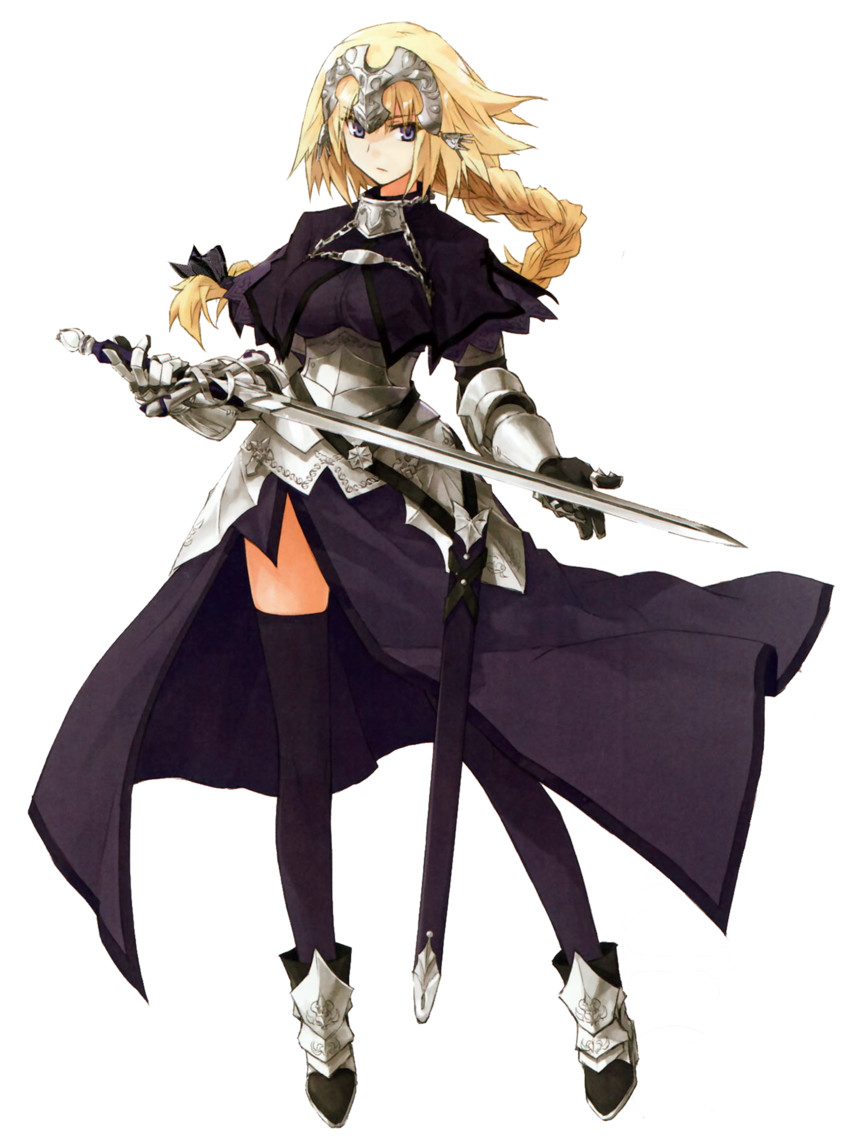 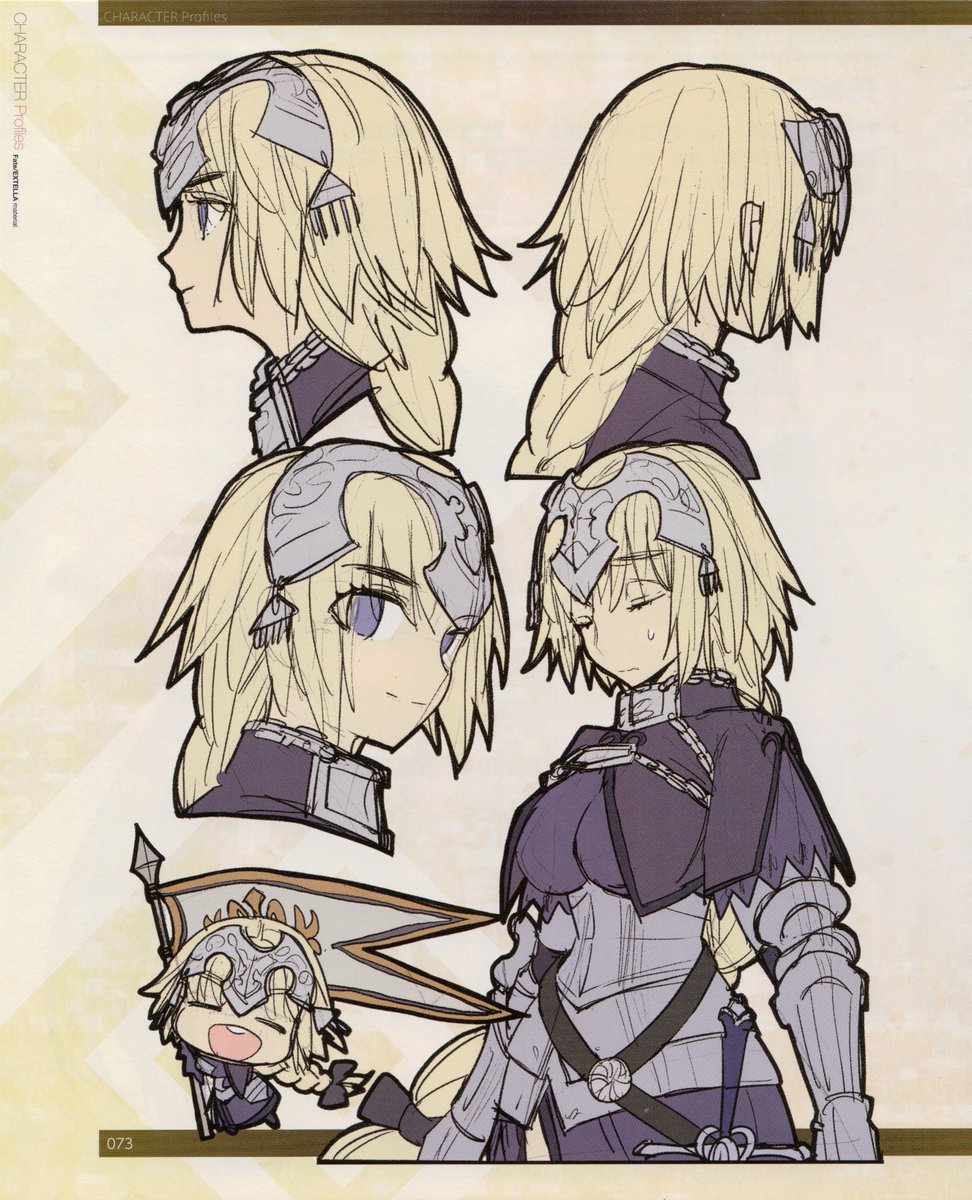 (Naturally, her sisters and alt form also make me

but not like OJeanne, even if I consider Jalter better handled overall but that’s a ramble for another time.)

Have you run into many girl FGO players?

Forgot about this. Yes, although that’s generally as a result of the spaces I inhabit than anything else.

Hiya! Welcome to GamePress. I, too, am one of those fabled epic girl gamers.

I think it’s pretty much a guarantee that the fanbase is overwhelmingly male (note: they choice the male protagonist for the anime). Not to say that’s a bad thing, but it does make it more difficult to find other females who play.

In fact, I don’t think any of my female friends actually play the game, which is sad.

Since I actually prefer females myself, I mostly think in terms of waifus than husbandos, though for the latter I can easily concede such handsome individuals such as Ozymandias, Gilgamesh, and best boy Astolfo.

The two female characters that I love the most are the ones that got me interested in the game at the start, and they are Minamoto-no-Raikou and Scáthach. Of course, I have a vast appreciation for so many others because, well let’s face it, the franchise has an excellent and diverse cast of awesome servants.

Definitely looking forward to seeing you around here more often.

I know @Souljini_Bitchiani, @LeiCiel, and others are some female players here

And then there’s some gays that also appreciate the men of FGO, like myself and @RoyAhoy Im tryna get that Arthur myself

And where’s the Bartholomew pics

hello i’m of the female species

the only other girls that i’ve encountered so far are soulja and leiciel, good to know there’s another.

Never met another female FGOer irl, and I don’t ask when I meet fellow players online so the only ones I know are the one’s here who have made it known.

But, if I only had to pick one… … Then it would be the one who started it all for me.

From the first FSN anime, to the VN, to UBW, to Carnival Phantasm, to Hollow Ataraxia, to Zero, to Tonight’s Menu, to Fate/Extella and Link, and now the Heaven’s Feel movies, I love absolutely everything about her from her serious moments to the most childish whims.

There are a lot of others I’ve grown to love over the course of Fate’s lifetime, and even other Nasuverse works like Tsukihime and KnK, but Saber holds a special place among all of them.

Its nice to know that there are other active female players in this game ;w;
I’m actually the only person in any of my friend groups who plays this game
I’m more partial to male servants, but I can appreciate some of the waifus as well, but story wise, Bedivere and CasGirl are Top Tier

(i dont have any pics

I’m a male player, but I always like it when fandom is diverse.

I prefer the husbando myself, but no harm in giving love to the waifu characters as well

I whaled for him during Chaldea’s Boy Collection event. I blew through all the money I saved and I don’t regret a thing

. I wanna get his white rose costume next.

I blew through all the money I saved

How tf do you bitches have money?

I’m more partial to male servants, but I can appreciate some of the waifus as well, but story wise, Bedivere and CasGirl are Top Tier

(i dont have any pics

Yeah, like my preferences notwithstanding, the wonderful thing about FGO is that there are so many fantastic characters all around that one of my deciding factors in terms of favorites becomes “How are they handled?” rather than “Are they a cute girl?” Take Bedi as mentioned, who is straight up one of my favorite characters, and ditto Dantes. Well, I don’t have any money anymore

It’s always wild to me when I hear about people not knowing female players, when the only two people I know who play irl, and who got me into the game, are two lesbians

I nearly cried when I got Ozy.

My favorite female servants are Raikou and Scáthach too. They’re just so cool! I was so happy to get Raikou’s lancer form and I’m trying to get her berserker form too.

But I have noticed that when they’re discussions about FGO, I haven’t noticed a lot of participation from the female players - maybe because of the spaces I’m in.

Not to mention that so far (in the NA Server at least) the male servants don’t get swimsuits during the summer which fricken’ sucks. I’m pretty sure that the JP Server just got them this year though, IDK, but it took way too damn long. I need to see EMIYA in that speedo