Everyone besides Mash has full attack advantage so it’s go time.

I used the 2T guide for Arash MVP. Though I didn’t have enough attack coming from Chen Gong to make it a 2T. Ended up 3Ting it.

Well those Fou’s served a good purpose when I got back to tower climbing.

forgot that my Spishtar was NP1 only Amazoness inventory stood no chance against the Gate of Babylon

This didn’t take long but the RNG savescumming was horrible, Quetz’s Quick and Arts just refused to both crit even after 4 skills for RNG reset.

Anyway, tomorrow I’ll look at Tower 2 better, for now I’ll just choose who gets the next grail. 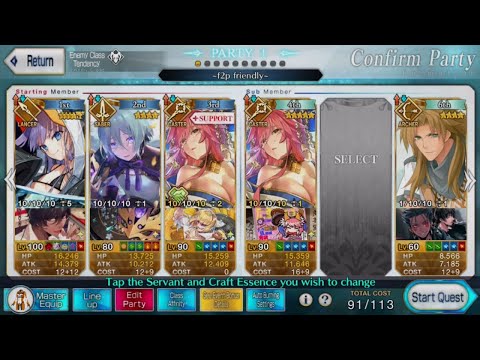 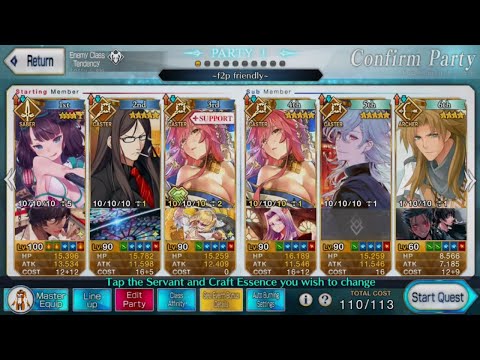 I’ll probably be looking at runs of my other staples, which are just these two again but as five stars. These are just the ones I did today with the AP from when I was asleep. Probably will be less Tamamo in the Melt run.

pretty straightforward quest but that never stopped me 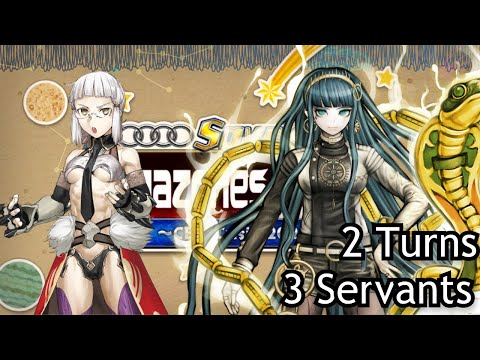 Not enough firepower for an AOE minturn but good enough The Arash comp worked perfectly, 2T.
I replaced Shakespeare by Bride to not depend on an Arash’s art card first turn and even further boost his damages.

Like Gilgamesh got forgotten with P1 or something lol 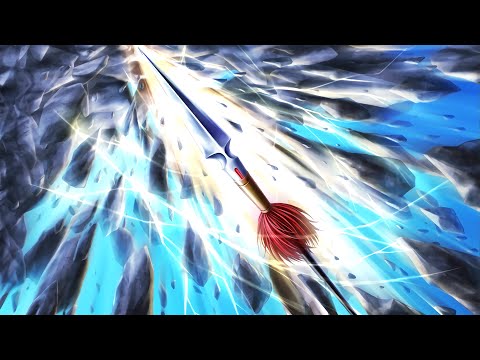 Skill That Reaches the Realm of Gods

The Divine Spear, someone said.
There’s no such a thing, as someone else laughed.
Shuwen was interested in neither. All that existed for him was to work so that the next attack can be even sharper, even more magnificent.
There was no room for other people.
If there was, then it wouldn’t be called the realm of the divine.
Breathing, concentration, his steps…
What he put forth is a spear strike worthy of reaching the realm of the divine.
It was a sharp wind, only perceived by those sitting on the throne of gods, atop of the holy mountain.

Of course, this is just a warm-up. Though the main event will be pretty hard to do so we’ll see.

Not to be outdone by his sworn rival, Karna joined the party as well.

I wonder what freaky servant was created that relies on debuffs to make a CQ where both targets have debuff immunity?

All I know is that servant isn’t AA You know, I’m wondering if one of these Karnas was supposed to be Gil?

I told you I could do it!

I messed up the np order on T1, thought, let’s give Arash more overcharge!.. Only to realize that I missed the 20% charge on death I needed from waver that way

… Only reason not a 2T comp. Fortunately RNG gave me 4 arts cards T2, including both of Arash’s.

It had to be done: ) but luckily a quick crit was enough to finish off Mrs.CEO

Luluhawa doesn’t need you, Bezos cause there’s only two people on the island