Today’s hunting quest is a lot easier than yesterday’s because it’s time to shine for the casters. Not only are great supports like Merlin and Waver a lot more viable, but F2P casters in general have better movesets than their assassin counterparts (barring a certain ‘cool’ servant). On top of that, the enemies are the same dolls across the board, only real difference being in HP totals (the ‘boss’ doll has 200k HP). You have a lot of breathing room today to try different things, but here’s what I’m going to recommend.

Support, as always, can be Waver or Merlin. It depends on who you make up for your team, but ultimately both are fantastic. Since you’ll be fighting 3 waves of 3 with roughly the same health pools (save for the boss), you’ll want to go AOE for this. Babbage fits this role exceptionally well (and to a much lesser extent, Caster Cu). Avicebron does too, but he doesn’t technically qualify for the F2P ruleset since he’s only available in the General Summoning Pool and not the Friend Point Pool. The best thing Babbage has going for him, though, is his synergy with Merlin due to his Buster AOE and two Buster cards, allowing him to get the most out of Merlin’s support and Buster Brave chain under the right conditions. The only issue is that you need to get him to Wave 3 to be truly effective. For Waves 1-2, you’ll need some muscle to clear the way due to Babbage’s lackluster facecard damage. A berserker might be the way, but they are ultimately more vulnerable to dying than the casters. With that in mind, it’s probably best to keep Spartacus in your party due to his sheer survivability; if he gets close to death, activate his guts and heal over time, or even his NP if you have it charged all the way. His attack isn’t great either (in fact he has the lowest attack stat in the game), but it’s remedied by his 1.1 berserker modifier and Madness Enhancement EX card (which increases his buster card effectiveness by an impressive 12%). Even if his attacks won’t do much damage, it will be just enough. Lastly, equip the combat suit MC and have Medea in reserves with either a very miniscule battery CE or her Rapid Words of the Divine leveled to at least 4. Once you get to Wave 3, switch out Spartacus (or whatever damage dealer you have selected) and bring out Medea. After that, target the boss doll, activate Rapid Words to get her to NP, buff her and Babbage and then go to town. While Babbage knocks out the remaining dolls, Medea will focus on the main boss. While her damage isn’t spectacular for a ST NP, it more than makes up for it with its spammability from Arts chains and her fantastic NP gain. On top of that, it’s great for its second effect of buff removal. With these dolls constantly casting evade, it can cut farming down pretty good.

There is also an alternative to Spartacus if you want to go with a safer, yet slower, route; Hans Christian Anderson. Hans functions mostly as a budget Waver, giving his allies many great buffs; critical damage increase and stargen from his skills, and attack up, defense up, stargen up and heal per turn from his NP. He is also very Arts friendly due to his 3 Arts card deck and Arts NP, so he can help bring up Babbage’s NP gauge through Arts chains. The only major downside to Hans is that he’s solely good as a support with his lower than average damage (which is even lower than Babbage’s). It can be alleviated with his NP, but it also has one big catch; the attack up, defense up and star rate up only have a 60% chance to activate for each at NP1, all the way up to 80% each at NP5. That’s why, if you do go with this option, I suggest you don’t solely rely on those bonuses if you use this strategy for success; just look at them as bonuses you can occasionally get.

Well, that’s all I can type at 2 in the morning. Hope this helps.

Minor correction, Avicebron IS available in the FP summoning pool since I have gotten him to NP3 from just that.

what is this troublesome wall of text. just take sieg with an MLB imaginary element or even kscope if you have it and go ham with np refunds. (waver/mage mystic code etc to top him off)
we literally just got this servant, put him to use.

Ah. Well in that case I’d say he functions as a slightly weaker NP Babbage, but has more facecard damage. A bit of a trade-off there.

…and gamepress lied to me again.

Within the past month or so, yeah. But there are some people who are too new or may have missed the event. This is for them.

well the thing here is if you’ve only been playing the game for the last 3 weeks, you’re not even strong enough to farm those quests, welfare or no welfare.
you’re just skipping over the fact sieg exists to justify theorizing a wall of text that can be summarized as: use babbage, caster cu, spartacus, medea for dps, merlin, waver, hans for support. for a quest that isnt even hard.

if your account is so new that this quest was considered CQ levels of difficulty, then you’d probably be better off just borrowing a cu alter or kiara or some other dps and combine it with meatshields, instead of running some low rarity servant as your dps.

Well if you dont see it that way, then how about as something fun? The low-rarity servants more than make up for their stats with their skills. Take Babbage for instance; his attack stat and hit counts are incredibly awful. Without his skillset, you wouldn’t think he would a nuke of a servant. A lot of people still don’t have a lot of SSRs to their Chaldeas, much less so have an SSR for every class. It can be fun to play around with the lower rarities and find a surprise. Besides, like I said; sometimes even more veteran players miss events and can even be lacking higher rarity servants for classes (for me as an example it took me two years to get a decent lancer above 3 stars). That’s mainly the reason why I post this; to give options to people if they’re stuck and to show how much lower rarities shine.

…also it can be a big change of pace from having some SSRs just nuke stuff.

NP5 Sieg hits harder than NP5 Babbage.
Bottomline is whatever works and is available to the players. 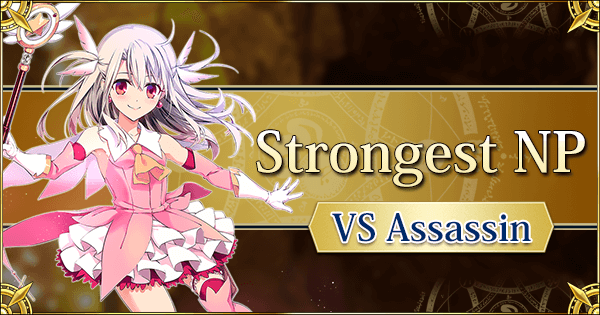 For the super super new you should really just solo with CasNero or Merlin IMO (least I am on my alt). For the F2P but with a more fleshed out roster, likes of Para and Avicebron and Mecha Eli.