Work is dragging and one of my favorite things in life in discovering new music so I ask- What are a few little known bands/songs that you think more people should know about/listen to? I’m into Indie/Alt Rock (though share anything you like) so mine would be-
Tally Hall- Tally Hall - Ruler of Everything - YouTube
No More Kings- They're Coming to Get You, Barbara - YouTube
This cover of the Talking Heads’ This Must Be The Place by Kishi Bashi with classical instruments- Kishi Bashi This Must Be The Place Cover - KBV Records, NY - YouTube

If you haven’t heard of them, try Massive Wagons, best band I’ve heard in a decade or more. Proper good oldschool rock.

They haven’t produced a bad album but I’d say Full Nelson and House of Noise are the best.

Almost jumped at work because I started with Billy Balloon Head and had my earbuds in a little too loud and that “HEEELLLLOOOO” opening scared me. Aside from having to change my pants and profession I dig it

They do a couple like that, the video for Back to the Stack starts in total silence but doesn’t look like it should be noisy. Then it is.

Glad you liked it.

I really like the rap group Twiztid. I think they get written off a lot as just another juggalo group, but I think they’ve always taken their music a lot more seriously than Insane Clown Posse.

They started doing the same kind of horror mixed with comedy mixed with rap shtick that ICP does but they’ve evolved a lot and frequently have a few rock/nu-metal/punk inspired tracks on their newer albums.

Mac Lethal is another rapper I like. His subject matter is a lot more down to earth and intelligent than most mainstream artists.

Last year I got really into the anime Fooly Cooly, and the soundtrack/ score was a big part of that. The entire anime was scored by The Pillows.

Finally got round to listening to some of your recommendations today, not bad at all, miles better than the atrocities that pass for “music” on the mainstream radio stations.

Some of it reminded me of some albums the Connells have done, they’re one of those groups you either know or don’t (they had a minor hit in the mid 90’s) but their albums over the last 30+ years have a fair variety of stuff on them. They came up with REM but got none of the luck REM did, I’d argue they’re better than a lot of what REM have produced. Give them a try, their style varies between albums,so if one doesn’t grab you, another might.

Funny, they (massive wagons)released on earache, one of my favorite labels during the late nineties when I listened to death metal. The music is not so much mine, I enjoy it a bit more raw. Things like hellacopters I still enjoy The Hellacopters "Like no other man" - YouTube

Other than that I take most stuff -if it’s not too Mainstream, metal, jazz, hip hop, indie pop/rock, so go on with recommendations

I’d forgotten the Hellacopters existed - I had copies of Payin the Dues and Grande Rock. I’m pretty sure Buckcherry, one of my favourite bands of the 2000’s were on earache too. One of my best ever gigs was Wildhearts supported by Buckcherry.

Death metal was a bit too heavy for my liking but plenty of my friends were into it. I’ve always been more into the punk-pop-rock stuff like Therapy?, Terrorvision and of course the Wildhearts and Buckcherry.

Edit: Spotify don’t have Payin the Dues on there, I’m amazed. First time I’ve ever not found an album on there, including Danny McCormack’s brief Wildhearts side-project the Yo-yo’s.

@Oaf A couple Indie/not as mainstream rock bands/songs that are a little more rock than my previous 3-
How Do You Sleep? by The Sights (should be on Spotify)
Desperation Song by Carbon Leaf- Carbon Leaf - Desperation Song - YouTube
Go Get Your Gun by The Dear Hunter- Go Get Your Gun - YouTube
Danger! High Voltage by Electric Six (ridiculous video/song/band but great)- Electric Six - Danger! High Voltage - YouTube
Holy Touch by Foxy Shazam- Foxy Shazam - Holy Touch - YouTube
Let Me Down Easy- Gang of Youths- Gang of Youths - Let Me Down Easy (Audio) - YouTube

I liked all of those more, bar Electric Six - 20 years on I can appreciate it as a fun song but here in the UK it was one of those songs that was rammed down your throat by the radio stations etc and it was inescapable.

Surprised how much I liked Foxy Shazam, but I’ll be listening to some more of those on occasions that my work phone isn’t ringing every 2 minutes.

I can understand that on the Electric Six song. I feel dumb because I just learned like last month that Jack White is the other singer on that song. I was like brainwashed by the music video back in the day to think it was a woman until my roommate told me. Apparently it was kept kinda secret that he was in on that song. The lead singer of Foxy Shazam kinda reminds me of Freddy Mercury in terms of look/energy. Glad you enjoyed the suggestions

The mystery vocalist thing was still just about doable back then because the Internet wasn’t quite as universal - albeit I suspect it was a joint venture that was “accidentally leaked” seeing as it apparently took a couple of tries to get the song noticed.

I thought exactly that about Foxy Shazam, I’m going to see if my partner likes them because she loves Queen.

Just tell her some dude from Michigan in a Pokemon forum online told you about them, I’m sure that’ll sell it

That’s pretty much what I told her. She’s looking them up now.

Since it’s Friday and I’m sitting at working itching to go play Ghost of Tsushima here’s a few more-
A song about the singer (Jon Lajoie, actor/comedian) seeing his first horror movie as a kid (by Wolfie’s Just Fine)- Wolfie's Just Fine - A New Beginning (Official Music Video) - YouTube
Easy Comes by Thornley- Thornley - Easy Comes - YouTube
Jenny by Stellastarr- Jenny - YouTube
Alive With the Glory of Love by Say Anything- Say Anything - Alive With The Glory Of Love - YouTube
Alright Alright by Sahara Hotnights- Sahara Hotnights - Alright Alright (Here's My Fist Where's The Fight?) (Video) - YouTube
Caught in the Rain by Revis- Revis - Caught In The Rain - YouTube

I normally don’t like cover songs, and i normally don’t care for country hardly at all, but tyler childers is God’s way of apologizing for modern country music, and time is one of my least favorite pink floyd songs but i love this rendition of it. 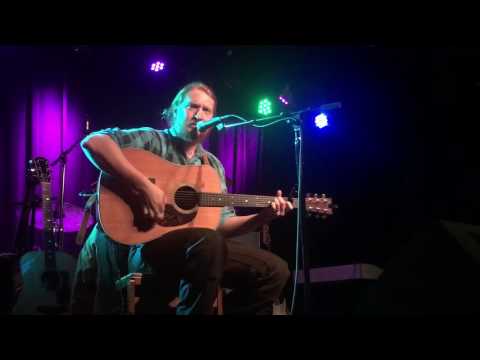 Your preamble reminds me of this- 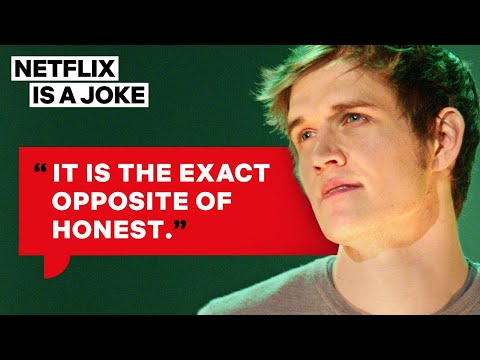 lately I’m listening a lot of psybient and offshoots, an example of a project I think is incredibly overlooked is Mystical Sun……heavy emphasis on the ambient part of that, but all his records are different and gold in their own ways:

A lot of the organic house type stuff Souq Records (now Alt-Orient) has put out has been on the playlist, this track probably the most:

And finally I think my own project is a little overlooked, mostly because we get the power metal tag but then really diehard power metal people get disappointed because that’s not the only thing it is. Just a piece of the overall sound, but here’s one of our “signature” tracks I guess, IMO there is something to like for a fan of almost any branch of heavy metal but that’s just me…so if you are into that then sMaSH tHaT LiKe

Yeah, pretty much lol, i extend modern country all the way back to garth brooks lol i can count on one hand the amount of country artists i actually enjoy……johnny cash, waylon, tyler childers, the dillards…… that’s about it for country artists that I’ll listen to any song from, i grew up on my great grandparents playing true bluegrass and southern rock on the radio lol my musical taste is pretty vast now but most country just sounds like it’s missing something to me….

Thornley remind me a lot of the music they played in the club I went to in the late 90’s. Sahara Hotnights are fun too.

I’m always a few days behind as I’m done for the week by the time you’ve posted them and so I have to wait for Monday and the even greater challenge of my phone not ringing incessantly.

When my phone did stop, eventually, I’ve been listening to some mid-90’s punk Rancid - Out come the Wolves

Final one was an accidental find when Spotify autoplayed a different artist and I’ve only listened to a few tracks but I’m quite enjoying Kickin’ Valentina so far.