Everywhere I read online states that Gardevoir loses to both flavours of Giratina, but in pratice my Charm Gardevoir has been wiping them for days, I can safely switch her into Giratina without worrying about being beaten back. Ancient Power doesn’t do enough damage to her, dragon moves are a no-no, and even against ghost type movesets she still does quite well.
What’s the deal here then? What’s your experience with this matchup? She’s currently rated 2/5 for UL and I think she deserves better e.e

What moveset are you running? I just use my togekiss. But all of my pokemon have at least one move that is SE to Giratina

I’ve never seen anyone use a gardevoir in rank 10. So no experience there

My guess is that it’s not as a good as Togekiss and Clefable since Gardevoirs Psychic type makes Dark attacks have neutral damage against it. Which is part of what Fairy-types should cover… Gardevoirs psychic type only makes psychic and fighting moves (even) less effective, whereas psychic is rarely used anyway (Cresselia is pretty much the only meta pokemon in ultra league thats using psychic moves I think? Even then it can still fire Moonblast)

Theoretically, Gardevoir needs at least 1 shield to beat an Altered Giratina - except if it has Dragonbreath. 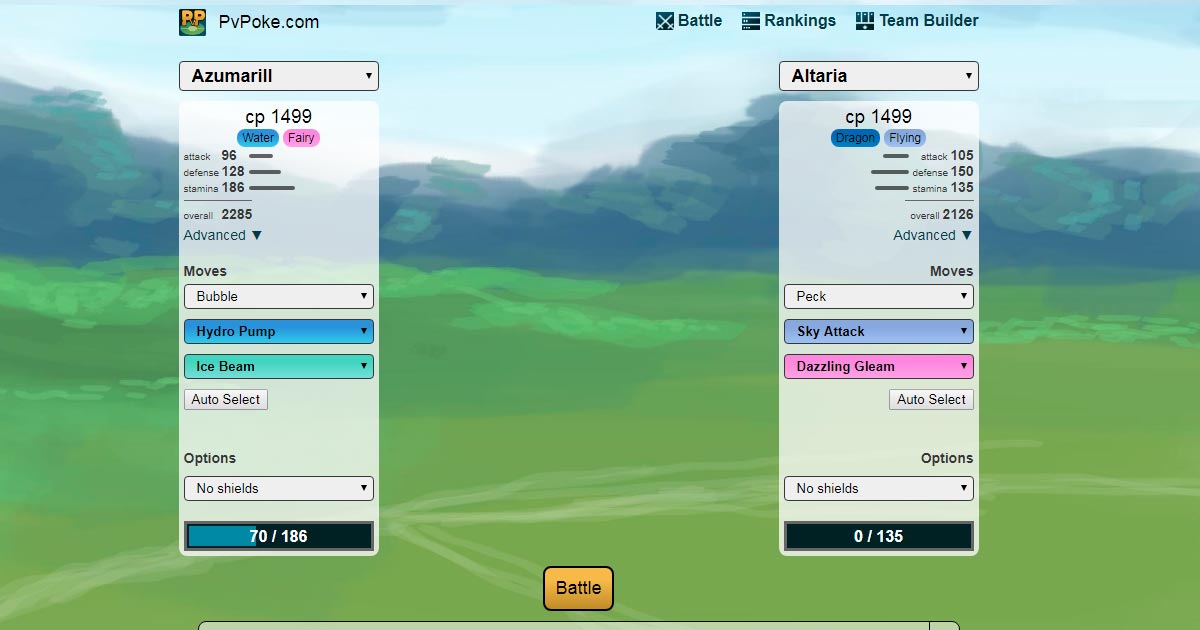 As for Origin, I don’t need pvpoke to show me Origin Giratina wins. Gardevoir is weak to ghost, so it will get smashed by Shadow Ball.

But yeah no doubt you’ve probably charmed a few Giratinas down. You’ll rarely have a 1 on 1 matchup where neither has shields/energy advantages. Gardevoir might not be bad, but there are fairies way better for the role its supposed to fulfill

Charm with Synchronoise/Shadow Ball, I do have a Togekiss for dealing with Tinas and other dragons though, so I might TM her to Confusion, it’s just that Charm looks so much better on paper :/