Hey! This is a little surprise post I secretly planned in a whim yesterday to share it today… why? Because today is 4/20… and what does that have to do? Well… it’s Lucina’s birthday!

…Was there something else? Oh right, a part of the date can be read as “420” if you use the American format…

Anyway: this is a “mini” surprise appreciation post, I’ll probably update it over the time… or just make a new thread dedicated to appreciating her character altogether, Idk but I’ll figure out what’s best I think.

But for now, we’ll settle with this, there are still a few ins and outs in Awakening I’ve yet to explore and rediscover, but my opinion on Lucina is pretty much set.

And that’s the gist of it

, I would love to go more in detail but as I said before, this is a celebrational post because her birthday is today, but regardless, I really appreciate her.

So, without further ado:

I found this picture very recently… yesterday actually! Since it’s a recent piece and I can certainly recommend you check out this artist’s work if you haven’t, they have a good bunch of quality FE fan #art : This artist almost exclusively draws Lucina, so I’m sure you’ll be delighted to follow their work: And a mini showcase…

…I spent about 1~2 auto battling [Forging Bonds] around 7 p.m. yesterday, in Intermediate difficulty while doing other things to get her Legendary alt’s [HM] and [SP] up since I have her at high merge count while pulling for someone else (she came out a lot but I’m thankful for that nowadays lol), I also gave her two boosts because I felt she deserved 'em, but my main [Dragonflower (I)] recipients for now are still Legendary Julia and Sara, and that’s what I intent to stick to until they get 'em all.
Anyway, I got Midori while rolling for Spring Idoun in mid-to-late Mar/2021 so I had an idea as to what I’d be doing with her since Legendary Lucina is still my only candidate for it as I have no interest in Norne nor plans to build many archers; I also remembered I had a lightly invested Rhajat, a Plegian Kris I never decided to use and a Chrom to promote, so seeing I had fodder to give her a new build, I decided to, thought it could make up for a nice gift and token of appreciation. This is just a flex build but I’ll actually use something cheap like [Moonbow] and her base [Future Vision], I’ll also set her as lead for the day in case anyone wants to try her out.

I don’t have much of premium I can give her sadly, since most of my fodder comes through pitybreakers when pulling for merges on favs… speaking of which, I’ll budget at least a little to pull for Lucina and Julia on the weekly coming this 5/23! I’ll post the results on the pinned weekly banners thread if you’ll be looking forward to it!

Thanks for checking out this post! I’ll admit I was a tad nervous before posting it since this is something new I’m trying, I’ll certainly do this for other favs but for now I would like to see how this is received, hopefully it was your liking!
I also looked for other thread and there was one last year, but I figured it wasn’t a good idea to necropost… but I felt inspired to make this since yesterday!
This is a mini special, as a result, there are no mentions to subscribers because it’s a little dedicatory I wanted to do and to celebrate this day with anyone that likes her… I’m thinking of bringing back this thread every 4/20 if I’m around, but you’re welcome to do it too.

I’ll also mention our fellow resident fans here (if you’d like your name in then I’ll add it, or I can remove it if you didn’t want it in — I tried to remember who likes her here so I apologize if you didn’t want the @ and/or if I was mistaken):
@Souljini_Bitchiani
@Thehalohedgehog
@TMFM
@VivatVeritas
@ScarletFlame

This is the greatest thread in GP history And Happy Birthday to Fire Emblem Thanks guys! I’m happy with this so far. I was also slow to realize this but the first FE was released today in Japan, happy anniversary ofc! 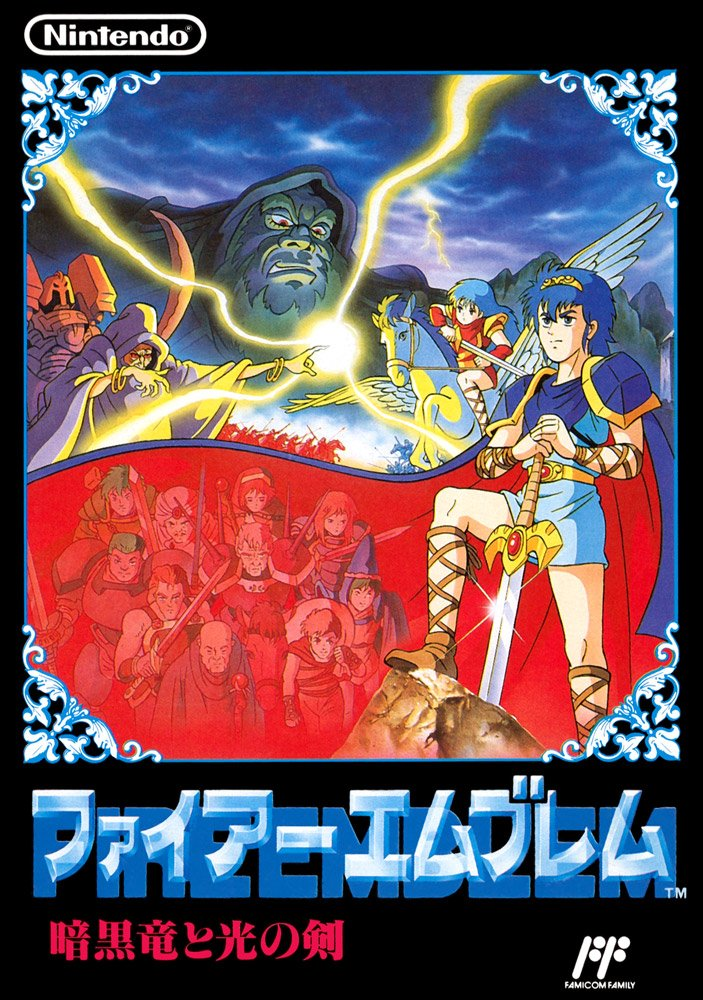 Fire Emblem: Shadow Dragon and the Blade of Light

Fire Emblem: Shadow Dragon and the Blade of Light is the first game in the Fire Emblem series, developed by Intelligent Systems and published by Nintendo. The game was first released on the Famicom in Japan on April 20, 1990. An early entry in the... Shoot, I forgot to get anything for my favourite Lord’s birthday. Although I have recently decided I will start investing in my neutral +2 resplendent Lucy even though I never expect more merges after the measly 2 summoned copies in 4 years. With Sealed Falchion, she’ll be great regardless.

Anyway, happy birthday Lucy. Also thanks for posting the art, it brightened the day. Especially that good looking resplendent art.

Legendary Lucina is still my only candidate for it as I have no interest in Norne nor plans to build many archers; I also remembered I had a lightly invested Rhajat, a Plegian Kris I never decided to use and a Chrom to promote, so seeing I had fodder to give her a new build, I decided to, thought it could make up for a nice gift and token of appreciation.

This is just a flex build but I’ll actually use something cheap like [Moonbow] and her base [Future Vision], I’ll also set her as lead for the day in case anyone wants to try her out. But where’s her Res stat I actually got inspired from seeing your build somewhere and thought I had no one else I like a lot that’d use [Spendthrift Bow+] as well as Legendary Lucina, and this build is living proof of how good it’s on her, nice job.

Lucina… Her tears brought me to Everything, I know about the series of FE…

She changed a lot my view…

May Chrom and Naga protect you! Or as she says…

OUR BONDS GIVES ME STRENGTH!!!

Happiest of Birthdays, Lady Lucina! Thank You for bringing me into Fire Emblem series…

I know, I know! Her Build is Very Old… I get it

Thanks! She took a long time to complete, so I’m pretty proud of how she turned out.

Nice, also all the same, and it’s OK if you don’t have enough fodder to make her great, every bit of appreciation counts.

Ya got the pretty Tippers work. He did a really nice job on that and just recently posted it(Right on time).

Lucina fan here. 2 completed works, will try to get around the OG some time. Happy birthday to the Princess of Ylisse, and Challenger of Fate!

I had so much fun with you as my Smash main since launch Smash 3DS/Wii U and likely would’ve stayed as my main if I played Smash Bros. Ultimate