How would you make perma-death better?

So one of the biggest staples of FE is the permadeath mechanic. While I do like how this had pushed the series towards valuing interactions between units in supports, I think it is pretty lacking in terms of emotional impact. While the player might mourn the loss of a good character or a fan favorite, such a sentiment is not expressed by their friends in-game. The death of another character rarely impacts other characters or the story, and characters feel as if they were deleted, rather than deceased. While I understand that it is almost impossible to have a story that changes each death, some additional dialogue would be welcome. I would love for characters to have some sort of heartfelt support centered around how characters respond to their death. Here a few possibilities from 3H that come to mind:

How would you guys bring more substance to this mechanic?

(Note that I have only played SoV, SS, Awakening, and 3H. I’m holding out on a remake to delve into the older games such 776, and Ike’s games. I’d love to hear if other entries or series handle this mechanic better!)

Not really sure on how to go about it but I did enjoy SoV having the potential at additional dialog at the end of a battle, deaths effecting this too. Hearing one of the sister trio(Est especially) mourn for the lost sister(s) felt terrible. Meanwhile group character endings such as Mae and Boey would change drastically if either one dies helping drive in the fact that there was a relationship prior to these events and now has created something much more depressing.

SoV, while a shitty story, IMO, had lots of moments of “If you killed this character ‘x’ happens” and while I’ve never experienced them personally adds a lot more weight to everyone’s life. Letting Mathilda die makes Clive, the guy who made Alm leader in the first place, severely question whether or not Alm should continue to take charge. Gray and Tobin tell him to relax and Clair tells them both to keep quiet as Clive’s wife literally just died.

I believe RD has plenty of moments of where if a character falls in battle there will be additional dialog referencing it. I believe Titania mentions(Only retreats, doesn’t die) she got careless while I want to say if Oscar(?) dies Titania is pissed at Ike about it for letting something that stupid happen.

Again, not really sure on how to properly implement it but I imagine it’d take some serious thought behind it. 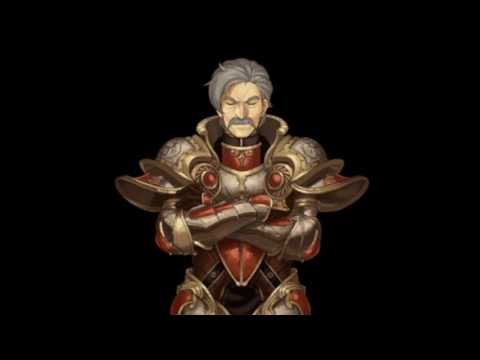 I remember watching this ages ago. Everyone is very mournful and sad meanwhile Deen is over there telling you to toughen the hell up.

I prefer the character retreats from battle injured and is unable to fight anymore.

I forgot how heartbreaking Delthea’s & Clive’s were

FE has been leaning more towards this as of late, including things like Dorothea and Ferdinand, after you are forced to fight him in one of the routes.

Granted he wasn’t an ally, and that was partially the entire point of the conversation, but it does seem FE has been moving in that direction.

also a useless mechanic because I don’t let any of my units die anyway, or otherwise I’ll just reload

Oh Doro’s lines about Ferdie is heart-wrenching indeed! You can really feel she’s so sick of the war and the remorse she feels having to slay him. I was already impressed by the “only thorns left on this rose” quote because of how bitter and hollow it felt. It’s good, it makes everything feel so real, VAs are superb for this one. I thought people were joking when they said something like “with a heavy heart, I chose (different house)” when they replayed, but when I replayed… yeah. With a heavy heart, some of you will die :"D

I find permadeath like a punishment for not being good enough at the game, so each time a unit dies I have to reset, the only time I accepted death of my units was in SD to obtain the gaiden chapters but is difficult to let units go, either you invested time into them, like the character or it can recruit someone you want in later chapters.

If this is FE16 you are talking about, do you play classic or casual?

I played it on classic and hard
FE16 is SoV right?

Or if you got screwed by BS rng like a low % enemy crit. It’s why I prefer casual mode tbh. I’d rather not redo an entire chapter because someone died to something out of my control, and I like keeping everyone alive.

No I never played 3H and I dont think I will.

When that happens depends if it is early in the chapter or right at the end, if its early I try again, if its late I take a break.

Yeah, I was more thinking at the end.

Why? It’s a great game, prolificness aside.

I have a bias against the game, because the excessive propaganda and powercreep it had on FEH.

While that’s fair, it is a really good game and well worth playing, even if it is fucking annoying in FEH