Dunno, I don’t know what the joke should be. The only resembles I see is the pose…

Edit: For people wondering, Brad Kidd is a parody on Brad Pitt. Now that one I can see. So he’s in the manga like Sean Connery is in another.

Pretender Faker? Hah! I knew it, called it back in Aug.

I’m convinced that the delay of the Case Files rerun is because DW wanted Oberon to be the first Pretender Servant. Now that’s done, Hephaestion can be on the rerun banner.

I’m usually shit with FGO predictions, let me have my moment

Strengthenings for Reines and Gray

And Reines doesn’t get used for her skills over Oberon most of the time anyway so buffing her NP does make sense. if you want NP gain on a skill in a Castoria era there’s Bride, Para, Tesla, Morgan and…Castoria

It’s possible to pop Reines’ NP t1 but you’d need lv10 mana loading and 10% charge equipped to her (or waste 20% of her charge). It’s doable to use it t2 with an arts chain, or in a Lolivinci team, but it’s not practical for regular 3 waves Vs Oberon.

It’s a great tool for boss fights for an Arts DPS & Castoria’s NP to keep things going after 3t though. As we all know, Arts needed more sustain

So I’m assuming Waver will never get buffed cause he’s free now? No 80% charge Waver buff the dream is dead

DRS?
I guess I’ll roll for Reines again.
I wonder how many NPs before my dear pretender pops up.

The reines buff hurts me… It’s good, won’t say it isn’t, but i’m not going to go to reines if i’m hunting for np gain up supports. I think the direction taken, pushing her towards being a worse castoria (in terms of offensive buffs/looping support potential) was the wrong one, I would have much rather seen her get something unique and/or interesting.

Copium for me is that when Waver gets his buff (it’s inevitable, right? Right?

), it’ll make him more unique in some way, or have less “””optimal””” buffs so that he can fit better in more fun/off-the-wall team comps.

Well since I accidented an NP 5 reines looks like I will get some use out of that NP, in two years. It doesn’t really let her compete with the top tier color specific supports but it does make her one of the best agnostic supports for when you feel like mix and matching are get tired of buster and arts damage memes I guess.

Really its a great buff objectively, its just not exciting due to how strong the card specific supports are due to mechanics of the overall game.

The exciting part about it is that, unlike with the skill-based NP Gain Up and card effectiveness supports, she has the opportunity to stack this benefit since her Arts cards are already extremely strong.

It’s hard to imagine that she’ll play much of a role in farming, of course, but this is a fun buff.

It makes her an event better Quick CQ support too

Also crit comps probably like this better than Waver as the agnostic support—I can see something like Sherlock/Reines/Castoria being Sherlock’s new preferred fastburn team. Same with QSH or other Arts/Quick crit servants.

Gives her a niche in double Van Gogh teams too because they don’t like Castoria’s debuff clear and they love overcharge. Not like you’ll ever use the class advantage change, but the spammable NP gain is welcome

I think it’s a fantastic buff for boss fights; not everything is spam charge skills. It’s awesome throughput for teams to keep using supportive NPs, and as Gou said Reines herself can pop it again.

For CQs this on NP is better than skill as the uptime is quite high. She had easy access to the overkill bug in Case Files, but her Arts cards are good (2.56% np gain before her 8% Arts passive). Long term in a Castoria comp she’s rocking 60-80% NP gain. Early game she has 60% then 90-110% if you started her on frontline and order changed the Castorias.

Its existing effects are decent - crit down, defense down and remove class defensive disadvantage. For card-involving gameplay its new toys are great and it amps good supportive NPs like Castoria, Merlin and so on.
The odd NP stacker like Spishtar, Ryouma (Lancer), Muramasa, Kama/Melt, Jacques and such get a further offensive boost from it too.

Sure, on skill 50 NP gain would make her the 2nd super Paracelsus. But I seriously doubt it would edge her over Oberon in short (3t) fights.

50NP gain needing to make up 20 charge means you need to have refunded 40% NP gauge, with the resultant 20% extra refund cleanly reaching 100% with skills. So against 1 enemy? Over 2 waves it might - and that presumes you have all your np gain/arts buffs up right away.

Even if it made her provide effective charge like him, she would still be leveraging 40% atk vs 30%np/50%buster/100% np buff effectiveness up.

I’ve been using her to farm scarabs and I forgot just how quickly she charges her NP if she lands 2 arts crits. This is an excellent buff.

DW is quite evil. At least think of those people who got spooked by Waver or Astrea in the first banner…or both.

They’re among the best of the gen pool and both main characters for Case Files proper+this event.

If anything it’s got less pull because SSR tickets, but it’s the first Waver solo since 2019.

So far I don’t see anything different with the Barbatos Raid. With all the recent option and Barbatos’ relatively low health, farming should be trivial. 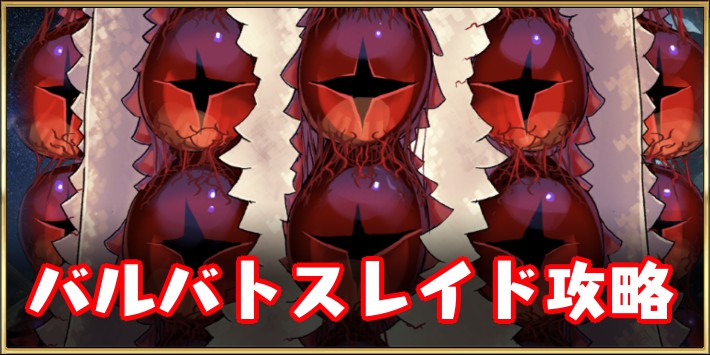