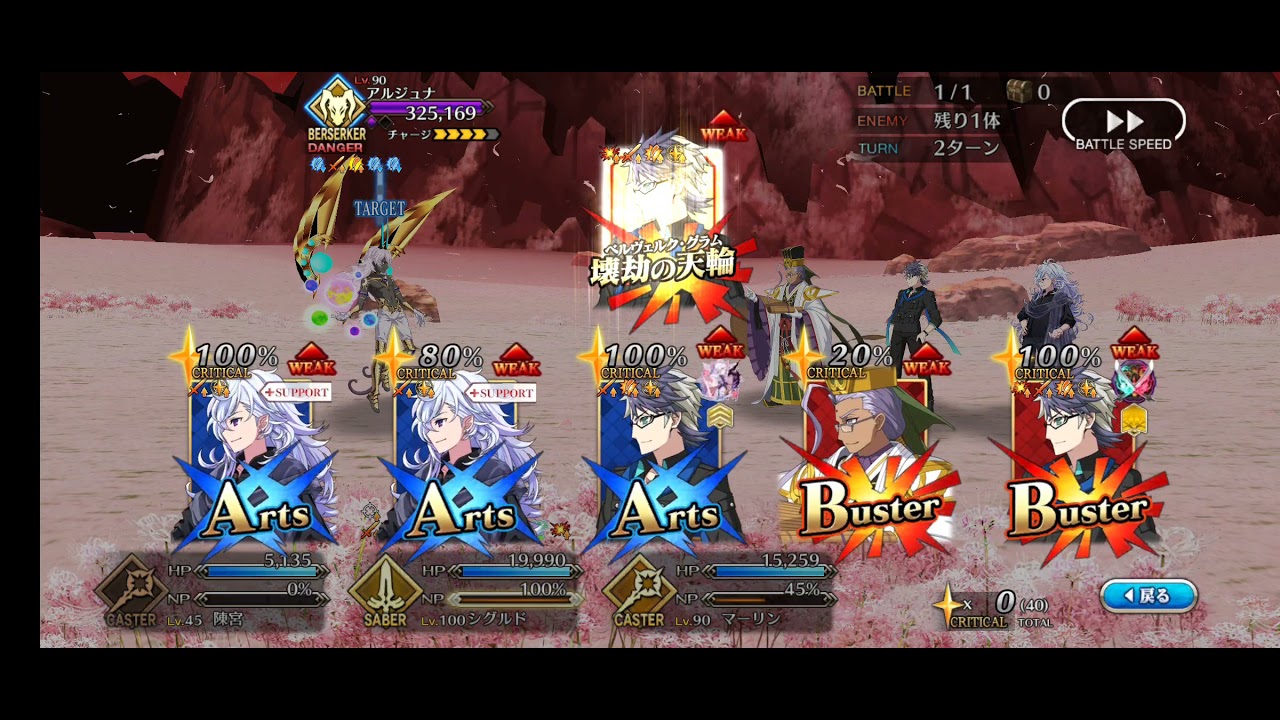 @rationale for the sick Sigurd appearance

Ok, now i’m interested why the ■■■■ is Caenis fighting Godjuna.

That buff looks pretty great in the video. Salieri and caenis at once, this is a great interlude selection for you

Another missed opportunity to buff Anastasia. We have got two SQ interludes of her now. C’mon DW

I’m going to hope that this means an NP strengthening for anni.

Yeah, usually when a Servant gets two Interludes without Buffs it’s because the buff is gonna come from a RUQ.

Everything is a Fairy now.

At least they aren’t Touhou’s Fairies.

Anastasia is getting the Ozy treatment: he got a bunch of SQ interludes and one crap strengthening. When she gets hers will it be 20% arts up if the field is snow?

An NP buff that increases her damage the normal amount, provides a pre-cast 3 turn NP damage buff that’s a flat 15%, and then has an OC effect of increasing the party NP charge by 15% @ OC1

Probably more like a 20% chance of snow whenever she uses an Arts card.

The Gorgon/BB/Par/Lolivinci alliance rejects this dream!

Reeeeeaaaaaalllllyyyy need case Files rerun to be next week in jp…

I was going to whine about Anastasia only getting SQ with her interlude but I won’t. Even if this is the second time.

It only means that our dear Anastasia is already quite awesome. Making her more awesome would break the charts and make her supreme duchess.

I think if they gave her that snow field which makes her art cards more effective, it would be bad since she already have the art card effective skill. So instead of a strengthening it would be a weakening.
Maybe they could make that first skill to 3 turn instead of 1 turn, and/or strengthen her NP.

Btw she has already the passive skill Fairy Contract A.

She got a buff, last anniversary