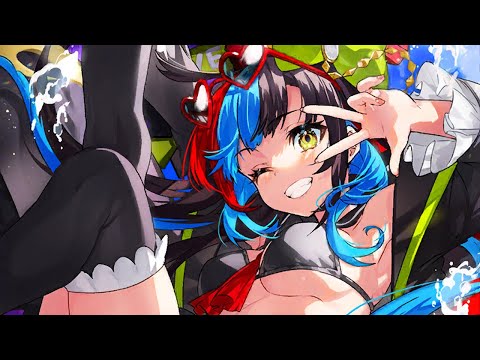 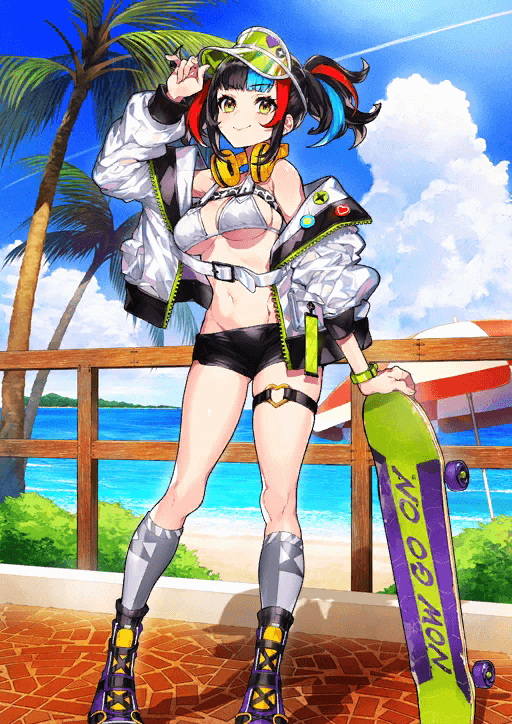 Yo, Daybit is done now…

Memes aside, my girl’s got some sick Jet Set Radio vibes.

@Gou its ya girl and shes back for some Shonagans

my singular criticism of her is that she doesn’t have a QQABB deck instead of this weird quick np gorilla deck concept. otherwise just give me her and her archer form now.

it’s not great, since she’d want quick buffs for her np to do real damage, but she also wants buster buffs since that’s most of her deck. a lancer deck would still allow her 2 busters but also the ability to quick brave chain with her np for refund and damage more easily, especially via double skadi. for casual play, a quick NP and then just hitting something with buster cards next turn makes sense, but that wouldn’t really be hurt by the much more quick np friendly lancer deck, while making her multi turn high end performance better by allowing her a pair of quicks to work with.

I know buster memes are the hot thing on JP, but a better match between np color and deck type would’ve gone a long way for sei’s actual use as a end-game dps pick, as it is she’ll mostly have to choose one thing to focus on at the cost of another, as well as probably worse RNG.

this is not really a deterrent to me, but it’s just not great for servants with non-buster damaging nps to get this deck type.

I’m assuming someone was watching Sk8 the Infinity while designing this Servant. It’s a good fit though, she does look like she could be from it.

That facecard voice line though ‘Ba-Ba-Bong!’ could get annoying fast

I’m not a fan of the BBB/Q split on an ST Servant - before Zerkerlot was a looper, his NP was a star engine to feed Buster crits, and at least Fran and Cat could work with it if you could manage their stuns somehow. It just doesn’t quite make sense on ST Servants the same way, especially now high-end compositions make star sourcing basically irrelevant. Having the extra green NP card is just getting in the way of Buster chaining.

That’s cruel to Salome. I know they’re not the same rarity/type to be in competition but when Salome has a bunch of bonus damage but it’s restricted to a skill and to Lawfuland Good enemies and Sei just hits hard against every Lawful + a ton of regular enemies every time she NPs is

Passive 2: Increase own Star Weight of Quick Cards by 4%

I know it’s because of her OG self, but this has to be the least impactful passive DW could have come up with to put on a Berserker.

excluding the np a simple but good kit. Any servant that can be np ready with a regular scope is good in my book. Her evade and 20 battery gave me jalter vibes.

On the other hand not having any colour buffs on her kit and buster deck with st quick np is interesting. Also even if shes really cute and got great voice acting seeing her swimsuit bra feels off

One team idea i have now is doing the standard “berserker will crit” team but swapping a okki before her np and using her for colour buffs.

Gameplay wise, Sei is probably the most disappointing out of the Summer Servants which is a shame since story wise she’s very entertaining. She’s just your bog standard Critzerker that we’ve already seen for years and feels like such a downgrade from her Archer version.

She’s has some interesting niches, such as burn immunity, anti-Shadow Servant along with a few other traits. So that’s pretty cool. Other than that she just has funny animations and weird outfits.