Seeing as they didn’t do this with 90+, why would they for ++? Just add better skill/ascension mat drop rates. All the incentive a top 10% doing 100s of boxes needs.

The majority don’t do 100+ boxes, contrary to what the forums say.

The Super Memorial quests rewards were meh, point was to have a challenge fight for longtime players

I would argue the same old fights with just beefier HP enemies is not a challenge at all.

They redesigned the fights, but okay.

Which makes them hella better, and we are farming lottos for mats as well, make the node have better drop rate and you have a new best node hands down, since it provides same lotto currency as 90 node, event currency and good mat drop rate on top of that.

And that’s the least lsg can do, and I don’t trust lsg to make the best decisions, which you can probably see from my previous posts, so I’m just gonna be wary of them till I see what they do with 90++ nodes in this coming year.

Can we move the outrage here please:

These debuted with Super Memorial Quests which were as Kanou said content aimed at the top 10% of accounts. There is now a 90++ marked farming node in Summer 7, 1/1/1 with a 1M HP Enkidu at the end. Something to make you use a ST or just crit with your AoE. Existing difficulties and rate of shop clears have not changed, and events now run longer to give people a chance to clear/the devs less crunch so this hasn’t forced newbies to run super high HP nodes. Discuss.

Wait is this a farming node? Keep in mind, the event damage CE is 200% at MLB, so if you’ve got enough charge or can reliably crit down the first wave (event drop CE gives a star bomb on-entry) you could clear it even with neutral classes.

Meh, my outrage is done till I see how they use the nodes in the future events should be fun seeing 90+++ cqs later down the line

Nothing you mentioned there precludes out-of-the-box thinking. Koyanskaya simply repurposed existing mechanics and basically salvaged Buster without a single change being made to the card’s mechanic.

SSRs are the highlight for this summer event 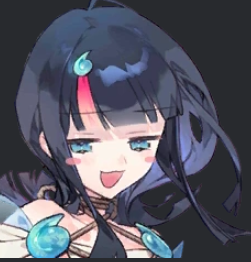 CEs are the highlight for this summer event The thing is, I’m pretty sure this is the dev’s attempt at “out-of-the-box-thinking”. Abandon looping (or rather, make it a side-gig at best), and instead make a Quick support that synergizes well with the new changes to the card type, enabling mixed Quick/Buster facecarding crit comps to deal competitive and, more importantly, reliable damage.

However, at the end of the day, what people mean when they say “save Quick” is “make Quick loop as efficiently as the other card colors”, and while there are lots of interesting ideas floating in the community about how to do it without just bigger batteries and more NP gen (my favorite is the idea of flat refund based on the amount of stars generated), but at the end of the day, what we got this year simply isn’t it.

There’s LB7 and NY yet, Lostbelt Servants are usually more powerful than seasonals and LB7 is the build up of the year.

Orion as always a cultured man/bear.

The hopium is running high for LB7 NP buff please.

Although not sure who could save Quick from there, Abe no Seimei doesn’t feel like futs much but who knows.

To be fair, nobody expected OG Skadi to usher in the Quick meta for two years when her Lostbelt dropped either…

I wouldn’t assume too much around what the devs think they are doing. It’s very unlikely based on what we know about Summer Skadi that she is intended to be a fix-all for what ails Quick.

I’m torn on her, though my “meh” thoughts are entirely different from what’s being discussed here, so I guess I’ll start with what I liked:

First, I think the kit is pretty harmonious. So much crit support and the ability to start with a BQQ or BQB with these buffs is pretty monstrous.
When you are 6 Bond CEing crits are big, specially when you are not leveling Servants that loop or have huge batteries and have to face card. 3T outside of lottery is meh for me most of the time anyways. She’ll be great to use in events with currency CE too.

Second, most people, specially non-whales, seem to be undervaluing all the crit support. As single huge mobs become more common in farming scenarios, you’ll soon come to realize you won’t really have NP3+ or even NP2 of most premium ST Servants around to simply punch through 500k to 1kk+ HP mobs in one go, specially if you focused on the most commonly power picks of AOE Servants.
Critting will help getting there when you don’t have NP3+ of a premium ST lying around. Of if you’d rather use someone else if you have them, she also enables it.

I think the crit support opens a way for more gameplay options that people are not appreciating (though I can understand the “Save Quick” disappointment).
I would’ve like it better if she had a broken card manipulation in her kit, like literally choosing the next turn hand to make better use of the buffs, but that’s what we have.

Anyway, optimal support for a different way to play = must roll.

Third, for longer content, yes, she doesn’t solve anything, but on these you often face card too, and she helps with them being faster. While Quick needs better defenses and sustain, Summer Skadi herself is in a class that takes half damage from nearly everything and maybe pairs well with someone else down the line… COPIUM.

I like her myself, the big crits are nice and she’s my only true NP5 want since Koyami, whose NP5ness is wavering. Art is gonna be very pretty.

Given how long we’ve had to wait they could have made her Ibuki grade borked. Ozymandias 1t self-cd reduction on NP for instance, or AoE charge. And if they want to gate crap behind waterside field the Jarcher passive; as is… 10% NP strength is a lolwut gated value. At that point why not make it a regular pre-cast or let her create waterside?

This rings specially true when looking at space Ishtar 3 TURNS 20 np damage up linked to OC.

This is what I don’t like about AoE semi supports. If they committed a bit more to the DPS or the support side they could go from good to great.

My “meh” part of my thoughts are:

In lore she’s the goddess of hunt and skiing as well, and a Jotunn who comes to Asgard fully armored to demand compensation from the entire pantheon of gods for the death of her father.

When Loki later mocks his death in the Lokasenna and the gods tie him up in a dungeon, she puts a snake that forever slowly drips venom into his eyes, until they heal and it does it again, for all eternity.

So I was kinda hoping something around those lines, maybe a debuff enabler too, with all the debuff stuff some units like Douman or Molay have… or debuffs that apply NP gain to fix Quick…

Even more curious as Skadi was married to Njord the god of the seas and couldn’t stand his place over her icy mountains (and vice-versa) and they end up divorced, so she being a Summer Servant is… something, though it seems the event is named Arctic Summer.

On gameplay, really meh the skills are just upgraded OG Skadi mostly, but mostly it hurts that it feels some missed opportunities with: