We’ve had a few days now with our new welfare, her father/octopus companion, and her very cute expressions. But is she the best Swordsmaster in FGO, or is she a pain(ting) in the ass to use?

S1 is pretty much a downgrade from Saberlot’s S1- it’s a smaller charge (20% and needs to be leveled vs. his flat 30%), but packs the same star bomb (20) and has 1 less turn of CD. I’m not sure that makes the trade worth it, since even in long battles his charge is just worth more (like say it’s a long battle by modern FGO standards, 50 turns, and you used his skill 8 times. That’s 240% total charge. You could use her skill 10 times but for only 200% charge). Still, a battery is a battery and that + the star bomb are good effects for her kit.

S2 can also be compared to Saberlot - it’s a star absorb for 3 turns, but it adds in a Guts effect that makes the CD much longer. The increase to gather weight (500%) isn’t nearly as much as his, but it’s still going to put her at 2x the average weight of a Rider so with normal supports she’ll grab the stars that are there. I mostly just don’t like this skill because the CD is so long because of the Guts.

S3 is a great skill for her - similar to her OG form’s S3, but instead of a Defense Down, it’s an 3-turn Arts boost (30%), and increases her Crit damage for 3 turns (20% each time) when she lands a crit. Because of her absorb and star bomb (and kinda her hit counts, paired with Lanling or CasGil) she should be able to have enough stars to crit with often, making this a fairly reliable way to increase her damage.

We don’t get very many Seeds in the next month or so, but Summer is a good place for Shells (41 between the rerun and this event, plus farming nodes). You’re out of luck on Magatamas and Bells as well.

Verdict:
She manages to be pretty expensive to farm for even without needing ascension mats, but her skills are all solid. I’d probably focus on her 3rd skill first, then her 1st (gasp imagine not leveling the battery first) and only after those are done caring about her 2nd.

NP:
Her NP is a ST Arts, and she’s free NP5. It hits hard, and is pretty consistent with that damage since it has a baked-in pre-cast NP damage bump based on overcharge.

*Also all OC 100%, since Saito and Hokusai have OC effects that would boost their damage.

So we see Hokusai loses out a touch to Yagyu (story locked, and very bursty as he only hits that damage one time) and the upcoming Saito (who would have to avoid face cards, since his S3 attack buff is hit-based, not turn-based).

It’s enough damage to put her right up near the top for all the 5*s @NP1 (Musashi, Enkidu, some 'Zerks once you factor in their 1.5x mod) but she’s ahead of Scathach outside of her niche, or Melt, or Sigurd.

Hokusai is very good, and in some ways I consider her situation to be similar to Gil vs. Ishtar vs. Tesla vs. Napoleon. Those guys are all AoE Buster Archers (3 with bonus damage), but they’re all just different enough that there are times you’ll want Ishtar’s crit damage or Napoleon’s anti-Divine or Gil’s high hit counts.

Lancelot will have more consistent face card damage via his crits, and is much more self-sufficient with his bonkers star regen skill. Yagyu is a great soloer with his debuffs. Saito iirc has better NP refund (Castoria will be around to buff him when he comes next year). But Hokusai’s great for her NP damage at least and is very consistent. You can pretty much make her your default Arts damage dealer if you wanted to, she’d be great at it.

Thank you GP AI for saying this topic was similar to another one already created. What would we do without you? /s

QP betting and some of the harder quests notwithstanding, this event could be (relatively) friendly for new players, considering you get an outstanding free arts crit saber and the perfect arts crit CE to go with it.

Out of curiosity, how does Hokusaber stack up against post-upgrade Caesar?

Personally, I have planned to Grail her to 90 on basic principle (ALWAYS Grail DPS welfares to 90!), and it looks like this is no different. 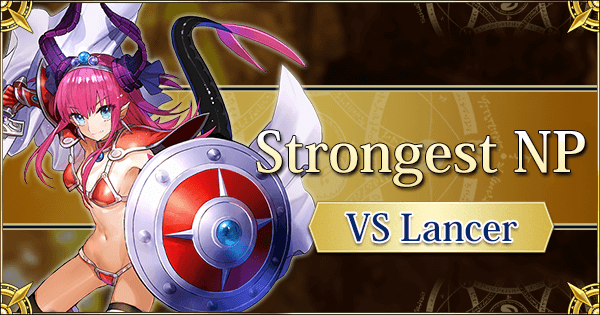 If nothing else, I’m all in for her visuals. But even that notwithstanding, I love the Hokusai gimmick of buff-on-attack and crit snowballing is even more fun than def down snowballing. Add in a beautiful and easily recurring NP and there’s really nothing to complain about. No real downsides, other than facing stiff competition from my already rather extensive NP5 Saber roster.

(Also worth noting; her buff pattern is more Castoria-friendly than most of her direct competition, since she has a personal category 3 buff for better multiplicative stacking with Castoria’s category 1/2s, so when running DCS she’ll close the gap on her competitors slightly on account of that)

this event could be (relatively) friendly for new players

I think I did 120k damage with a lvl 40, NP1 Hoku bc of the event damage bonus she gets, even without the CE

Out of curiosity, how does Hokusaber stack up against post-upgrade Caesar?

For Hokusai, it’s what I already showed but with 2x Castoria it only reaches 150k

So he wins solo and with support vs Hokusai.

Well, I like the waterfalls more than his cut-off NP line so

If I remember rightly, Caesar’s probability goes up as his HP goes down, doesn’t it? And at 50% HP his buff chance goes up to 100%, so if you were willing to get up to Shenanigans TM you can lock in that maximum number. Either way, Hokusaber very much relies on simultaneous recursion and BG access to make up the gap.

I have been running her with lanling and casgil and at one point managed to land crits on all her 5 cards when her buffs were active and her arts cards showed up on different turns. That got her like two or three absolutely disgusting NP-crit turns in a row since the art crits loaded her NP bar quite nicely.

Can’t wait to max her and use her in a CQ to see how much damage she can exactly pump out.

Time for my Lancelot to finally get rest

Even though despite the fact I already have Saberlot(np2) and Yagyu(np1)an both at 9/9/9 I’m still gonna make Saber Oei my main ST arts saber an take her to 10/10/10 based of having muuch better animations an being super loveable girl that’s just so beautiful and adorable(Just as I have her OG Foreigner version at 10/10/10), been waiting patiently 2 years for her to be my main arts Saber, best girl deserves all the love.

Not that I am a huge waifu person, but Oei (or Oui since they used that in the translation too?) is just a super fun character and I am a fan of the VA since tales of the abyss. Other than her s2 CD being too long I really don’t have any complaints gameplay wise. It is kinda strange that she looks more… deflated in swimsuit than in her foreigner kimono

Lancelot will have more consistent face card damage via his crits, and is much more self-sufficient with his bonkers star regen skill.

My papa is still the best!

And I don’t know how much I want to use Hokusai for np bomb. I absolutely love her foreigner np, but the saber one is honestly disorienting for me flashing so quickly between a dozen different paintings…

Some of her Foreigner breast tissue relocated to her head as a Saber.

It’s the curse of being a Saber

I have np4 Saberlot at 6/6/10, but I love Hokusai and failed to get her Foreigner version. I’ve raised her skills to 6/6/6, I’m going to see how she plays and if I enjoy her animations enough, I’ll keep raising her and even throw a pair of Grails.

I MHXX (np2 lvl90) will remain my neutral Arts DPS though… I desperately want Astraea, but she haughtily ignored my summons

I now have Saber Oei at 10/8/10, I’m dry now of Magatama’s so the S2 will probab have to wait a bit longer. She’s so fun to play with an even from a gameplay standpoint I honestly do prefer her over Saberlot & Yagyu she fits my personal playstyle though they are all equal I’d say just specialise in different areas.

Besides the point though, waifu over gameplay I love Hokusai

Nero lives for this kind of thing! Happy to have her around though

hokusaber is the best arts st saber until saito.

saito is nearly as broken in the castoria arts meta as archuria.

but hokusaber is cuter and i like her animations more. plus she’s grailed on my jp account.