Didn’t see one of these, so I made one. 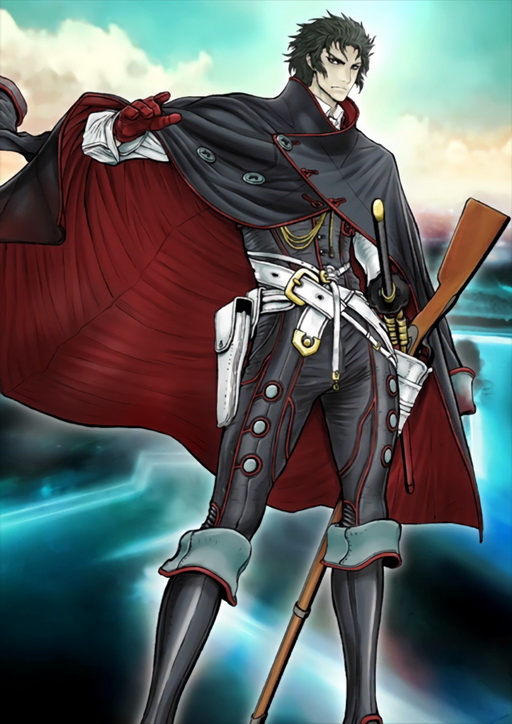 Pickles gets a bad rap as a poorly designed servant. (The discussion on Rabbit’s review on Gamefaqs basically derailed into a Xiang Yu vs. Hijikata comparison, with the majority of people ignoring Hijikata completely to talk about how Xiang Yu was actually salvageable…which says a lot.)

He’s a Berserker with a low-HP high-NP/crit damage gimmick. In other words, he’s a Berserker that gets more berserk as he gets closer to dying. Makes sense.

He has EAM with a crit bonus and high attack, which means he’ll hit harder than Raikou and Zerklot (double Quick cards be dammed) bar special damage buffs. He has a small teamwide buster buff and stargen up—20% buster buff combined with 5% from Madness Enhancement is nice, but a 20% bonus to stargen is negligible, to my understanding.

He also has Disengage at a worse rank than Ibaraki and it…goes against his niche by healing him? Selfish debuff clear is nice (unless you’re charmed/stunned/skill sealed, which happens often enough in CQs) and makes his damage consistent, but it’s an odd skill on him.

Still, high attack, decent NP/stargen, and a free EAM with a crit mod is pretty juicy. Let’s unpack how to get the most out of it.

First question I have is actually on FGO mechanics. I read that Laws of the Shinsengumi’s crit modifier actually gets calculated upon skill usage, so you can’t use this T1, get hit, and expect to pull out a clutch crit on T2. But you CAN use it on T5, heal with GoA or Hero Creation, and still crit for fun numbers. Can anyone confirm that?

I have him NP2, thanks to Thanksgiving Banner (The banner that gave me EX Luck+++ for some days).

I don’t get all the negative comments about him. He is entertaining, he is great, he is the SHINSEEEE - GUMI - DAHHH!!!

You’re a real one

I wish he’s had 1HP guts instead of heal on his skill. He’s so hard to keep at the brink of death but alive, and he needs a battery friend to hulk-smash everything to pieces before one unlucky crit makes him very dead. I love him but rarely use him (well, as any other zerker tbh) cuz Hijikatasitting is a pain.

First question I have is actually on FGO mechanics. I read that Laws of the Shinsengumi’s crit modifier actually gets calculated upon skill usage, so you can’t use this T1, get hit, and expect to pull out a clutch crit on T2. But you CAN use it on T5, heal with GoA or Hero Creation, and still crit for fun numbers. Can anyone confirm that?

I’d for sure use him more if I knew Merlin wasn’t actively hurting him. Instead I just end up seeking out the nearest class advantage while he’s chilled on my bench for a long time. (Or Penth)

His team utility is a nice bonus too.

Tbh, I just cleared the Valentine’s 2020 CQ with him. Gave him the NeroFest CE. Kept him alive for 20 turns and ended the CQ at full health…GoA is OP like that, I guess.

I’d rather play him like a Sherlock (crits!) than a Kintoki (maximize NP damage).

My issue personally is how high the risk is for a one maybe two turn burst if you have good guts usage when there are other servants who can hit consistent dmg/ strong bursts with no giant threat of low health berserker/ or full health and then crit for all your hp looming over you constantly. I do find his play style unique and fun but other then maybe a last man standing situation with ani blonde’s star bomb ready so you can get stars the risk isn’t worth using him imo

I actually think it works.

GoA heals you after your turn so it doesn’t affect your immediate damage. And Hijikata really can only take 1 or 2 hits anyway.

He’s consistently going to be around 50-75% HP unless Hero Creation just wore off or RNG was kind to you (or you’re fighting Zerkers).

Plus, I see the low-HP bit as a bonus, not the focus of his kit.

There’s a way to salvage him, minimize the number of bosses with break bars, bring back single bar bosses with absurd HP, and give Hijikata a way to lower his own health considerably with a skill.

I mean, they gave Musashi a 5k HP demerit so 💁

I think Chen Gong did wonders for Hijikata, honestly.

Decided to do some number crunching on Hijikata’s 3rd skill to see how low his HP needs to be to get some worth while crits and to see how minor heals like GoA affect his damage. I’m assuming that Hijikata is level 90 and is maxed on Silver Fous so his HP should be 13038.

Now let’s see how minor changes in Hijikata’s HP like his Disengage, demerit on Law of the Shinsengumi, and GoA affect his crit buff.

As mentioned above, Merlin and Chen Gong are common supports for him and both have skills that can increase max HP by 3000 so lets see how much leeway that gives Hijikate with 16038 HP

I feel that Hijikata needs a crit buff of at least 50% before it becomes worth it so he needs to get his HP down to 62.5% or about 8149 HP which is around the lower end of 3* Berserkers. Max HP buffs give him some leeway and slighlty lowers the effects of minor HP changes like GoA or the demerit on his 3rd skill. Hijikata with a max HP buff needs his HP to get down to 100024 HP, the lower end of 4* Berserkers, in order to reach the 50% crit buff.

I read that Laws of the Shinsengumi’s crit modifier actually gets calculated upon skill usage, so you can’t use this T1, get hit, and expect to pull out a clutch crit on T2. But you CAN use it on T5, heal with GoA or Hero Creation, and still crit for fun numbers. Can anyone confirm that?

Actually you can. Law of Shisengumi’s crit buff scales with HP after activation, meaning you can activate on T1 when Mayoman was at full health and expect the buff to get stronger when Mayoman gets hurt on T2/T3.

I initially thought the same as you as well (calculated upon skill usage and is fixed afterwards), not sure where is the source of this misinformation, but breaking down the calcs behind a particular Hijikata mintrun script proves otherwise.

This is the script. I did calcs a while back and lost them…a bit lazy to redo them right now but basically the final Arts crit in the video was hitting numbers only possible if Law of Shisengumi scales with HP value AFTER activation.

Hijikata was my first and only SSR for a while.

I always thought he was way better than the tier lists (I think he was at Tier 3 back then) suggested.

I always paired him with Merlin and never tried to do his low-hp “gimmick”. I saw it as more of a bonus to damage when he inevitably got hit - not the core of his kit.

His NP already does great damage on its own, even at full HP. If I needed more NP damage I would mostly try to OC it. His NP actually gets a nice boost with OC.

I usually used his third skill to suck up stars and boost his crits. With an NPBB chain with full stars and his own buffs, he could easily kill a 300k HP boss on his own, back when break bars weren’t yet a thing.

I mean, if so, this is super good news. Because it works with GoA (heals you after you deal damage).

Again, it’s worth pointing out that he gets a free +20% crit buff so he’ll crit harder than Raikou anyway except when Mystic Slayer is active. The low-HP bonus just means he can go even further.

I mean at least until her skill upgrade, then ahahaha noooo.

And yes he is better than both, sadly this has no bearing on the current discussion, except for… Pickles… lack of buffs.