I remember these from 2 years ago, a lot of them are pretty good!

Some of my usual favourites aren’t featured this time, so I’ll get to pick something different for a change. Still, KP and Hokusai are currently the most likely two I’ll choose.

Danzou, Yu, Marie, Murasaki and Martha are in contention as well. A bit disappointed that none of the Hokkaido set interest me though (although the Benkei one looks like it was ripped straight outta Golden Kamuy).

One last point: Seeing Skadi not look as deformed as her usual self is pretty nice.

I plan to pick Yagyu and Martha’s CE.

Some background story on Yagyu’s CE The location is the Hasedara temple in Nara. The temple is said to be first built back in 686, but the one as we see it today is reconstructed under the patronage of the third Tokugawa Shogun Iemitsu in 1650.

Nara is the Yagyu clan’s home province, and it was under Iemitsu where Munenori saw his greatest growth in authority and stipend. Zen Buddhism is a central tenet of Munenori’s swordsmanship. All in all quite the fitting location for Yagyu Munenori.

Munenori died in 1646, so he would not have been able to enjoy the reconstructed temple back in life. One can easily imagine this temple being one of the first location for him to visit if he is given freedom as a servant manifested in the modern world.

In TM Ace Volume 13’s interview with Yagyu’s illustrator Furumi Showichi, she mentioned she happened to have just attended a Zazen (Zen Buddhism sitting meditation) session when she received a request to draw a CE for 5th Anniversary.

She tried to reflect everything she learned from the session into the art: the cushion is folded in half for better padding and the meditator’s eyes are not completely closed but rather left slightly open.

Some real photos of the location, the hall is said to be able to ‘change colours’ depending on the season and the hour of the day: This is a tough call but Anastasia, sanzang, and Musashi are on top. Next tier down is ishtar, Fran, murasaki, and suzuka, but hot damn all these are well done this year.

Also Martha would be the top pick if I didn’t choose her for last year’s. Doubling up is tempting, but I wanna grab some for my other favorites.

not carmilla with her sports car?

It gets horse memed all the time. Gunma means lots of horses, horseposting follows. 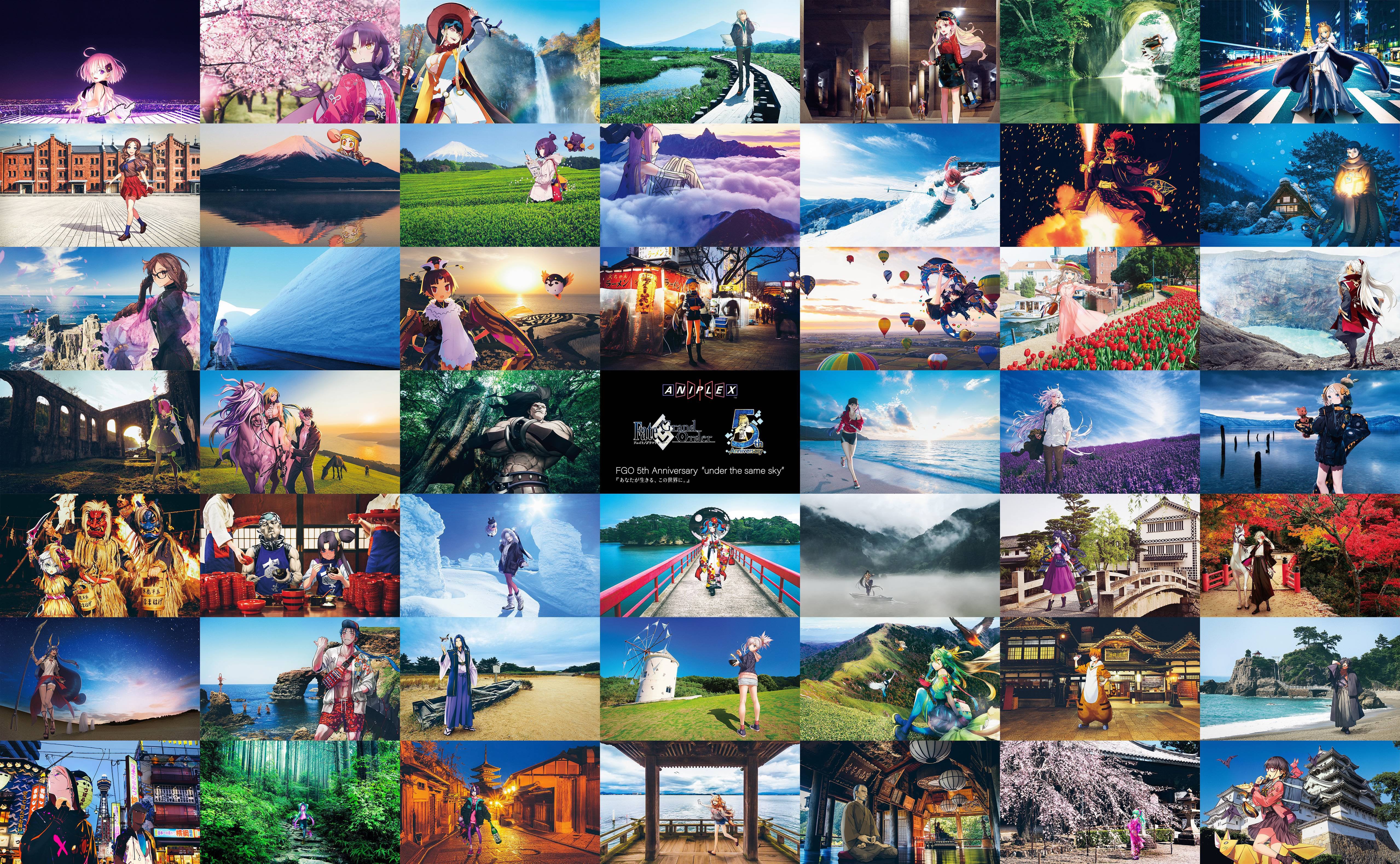 I’m feeling Skadi and the Bollywood boys. Tho Murasaki’s particularly interesting to me~

I only really consider getting portraits of servants I have, my front runners are probably Artoria and Ishtar
Others i’m considering:

I have previous portraits for Skadi and Hokusai, Sigurd/Bryn are super cute though.

Merlin is a must have, both for him and for the background. The second pick will be a lot more challenging though - Murasaki, BerserCu, Bedi, Bryn and Sigurd… a lot of options stand out.

Phrased it poorly but yeah, I meant exactly that - equipping five of them stacks up to 50 FP. Meanwhile Beginning of the Journey doesn’t stack (having one yourself and borrowing from friend still gives only +75 FP, instead of expected +150 FP)

Either case, forking up rps for that beginning of the journey for +75 iirc is better in actual use if you are going to be sacrificing a slot from bond bonus.

True!
Buuut…
If one is like me and is actually farming grails, then these FP CEs are a big game changer, especially during double FP campaigns
Since FP farming (on player’s side) is just FGAing Fuyuki X-A, which has base… 25 bond per run. So you don’t even bring bond CEs (other than Heroic Portrait) there
So outside of double FP campaigns, having 5 of these CEs brings up daily FP income (assuming one is running X-A without double FP, which is VERY unlikely, due to being outright inefficient) from 9 600 FP to 14 400 FP
but!
during double FP the income goes from 19 200 FP to 28 800 FP

Of course, it’s a temporary solution, until NA players will be able to fill entire party with +25 FP Mana Prism Shop CEs
Beyond The Rain Cloud
Beyond the Night Without the Snow Flower
Into the Ethereal Veil
Seeking the End of Eternity
The Wolf’s Story
Which will automatically invalidate Anniv CEs

Lastly, I’d like to say, that if you find it some absolutely dumb and inefficient strat to do
I want to say that you’re right and nobody should follow my strat unless they are absolutely sure what they’re doing

Also even without +10 FP as a side effect, I still would roll just for pretty artworks

Haven’t seen beginning of the journey on support for years, so not a problem it can’t stack. Wondering if I should buy it? Have a stash of lanterns and 3 rps right now… And it’s cheaper to field than the +5% bond CEs so easily to field…

I hadn’t considered it but this debate is making me wonder if I should splurge on it. I’m not sure I would prio it over a bond CE but I do end up in situations where I only have 5 CEs fielded due to team costs and this could fill the gap

Lol this rocks. I kinda want this CE just because of that. The occasional janky artwork oversight like that just feels very “Type-Moon” to me.

Kinda sad that some of those are cut compared to the CEs.

Murasaki and Sigurd + Bryn for me.

There’s others I really like too, but I can’t find myself rolling for the others.

Nevermind that you’re going to have to have farmed hard to own the +25FP CEs to begin with. 25k MPs is a lot of boxes, and thus a lot of FP.

At this point FP talk is an offtopic and so, I’m going to end it with only one sentence

I’m fully aware what I’m doing - it’s lack of efficiency, it’s dumbness, mindlessness and so on, but I set myself a goal to reach at least 20m FP by Guda 5 rerun and I’m willing to do anything to achieve that, I don’t care much what others are going to do

So I’ll have to choose between Bedivere, Karna+Arjuna and Lanling. I don’t know which ones I’ll pick, but I’m not rolling the gacha. Mostly cause I’m already so broke so close to Castoria, and Ooku rerun which gave 40+ sq may just be pushed to after Anni.