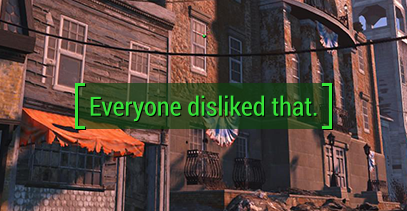 I cant imagine the twitter shitshow. The NA team will be chewed up again.

Part of me wonders how much better it might have been if they had only released one version of the game, and when you started you could choose your region/language. Plenty of other games do that. I was just playing one on my tablet the other day that’s available in 29 languages and it’s available for free- it doesn’t have as much dialogue as FGO, but, seriously, it was free and is from a single developer instead of a major studio. FGO is backed by Aniplex and DW and Sony (?) so they should’ve been able to handle 2 or 3 languages on their own.

Then updates come out to all of us at the same time, we’re all on the same page for events, etc.

But I also realize translation takes time (events and story chapters have quite a bit of dialogue after all) and they might not have realized how popular the game would be when they first launched.

Still, I can wonder.

translation is definitely a huge factor of why this wouldn’t of been possible, nice as it’d be. especially as iirc, nasu is notorious about sending scripts in at the last minute. possibly a few others too

I mean, I have family that works as interpreters and then am friends with several more and even with someone who runs a service, covering a mix of several languages. Interpreting is in real-time, and if they can do it for $20-$30 an hour, for sensitive things like medical visits and legal cases, I don’t see why they can’t just have someone read the dialogue while someone interprets it.

that is not how translation works

I don’t know anything about Persona, but if it had shoddy translation it probably had a shoddy editor.

Again, I have family that works in an extremely similar line of work, and if they can interpret for several hours at a time while the person is speaking, without being able to pause to look at a written word or find it in a dictionary, can’t consult conjugation charts or anything like that- they just have to know it- even if it’s something they’re unfamiliar with, then it should be possible for translators to work quickly and well.

because lolapple, last I checked

There should be a bonus for anything longer than 24 hours.

Even if it isn’t their fault, I don’t think it’d lose them that much (the extra few SQ isn’t going to stop a whale from buying a pack, and a f2p player isn’t paying anyway) and since it is all electronic, it doesn’t actually physically cost them anything.

Wait until the Salem update drops. Will this be a trend? lol. Apple cucking us over with each update.

so… I seem to not get any compensation? or is it just me?

Nope, I am in the same boat.