Many Chinese servants getting censored in China? 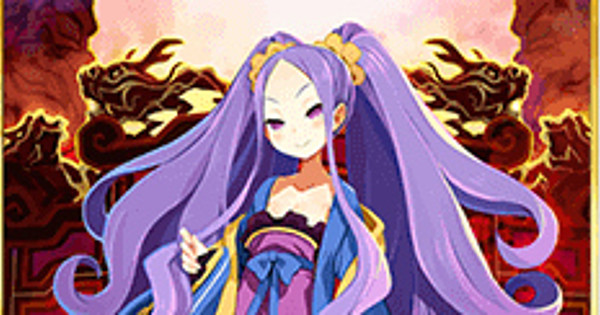 Classes name and numbers? What are they? Robots?

Some of them yeah.

The irony is too strong

but why wait so long? zhuge liang is a launch servant and wu has been in the game for almost 2 years

Recent crackdown on games in China. If I remember correctly, throttling gaming time to 3 hours a week at particular times only. If strictly enforced CN can kiss login streaks goodbye. And might have heard something about forbidding new games from being released too

Ya but then ban the game. Removing a small (and insignificant, except waver) part of it seems at the same time utterly pointless and not extreme enough

Oh, you want arbitrary decrees from tyrannical bureaucracies to be smart and make sense?

They even censor Red Hare. I WILL NEVER FORGIVE THEM

Just in time for the QSH Download Campaign in FGO CN.

You can even see the numbers instead of their names.

Ah, was wondering when this topic would show up here, right, if anyone’s being racist rude or whatever else, please flag it. No shame in doing so if things start to get dicey and also no punishment for flagging stuff so don’t worry if it ends up being nothing

Something like this shit would certainly make me drop the game. Not DW’s fault but man, that really sucks for FGO CN players…

I wonder what happens to the story chapters where some of these show up?

The hidden name mwchanic could at least cover the naming parts.

My most honest condolences for the people that played that version

F for this there that liked those servants

I think the 3hr limit is for those under 18. Not sure if there are any restrictions for over 18. I also recall that they have indeed suspended game approvals, effectively forbidding new games.

I read about it too, it’s just for minors. Used to be people waited to be 18 so they can drink, legally. Now it’s just to play games

Question, someone have images of all the replacements? Because they changed Wu for a Zayd Dorado, so i want to see the others too

Chinese regulators have publicly likened gaming to opium, which is pretty strong language when one considers how the West used opium to bring down the Chinese empire. The Opium Wars were the start of the Chinese Century of Humiliation, so they have basically said that they’re going to take it very, very seriously. The label isn’t too far off the mark with how addictive and expensive some gacha games can be.

Recently, Chinese regulators have officially limited minors to 3 hours of online gaming per week. They also shut down PUBG and forced a major revamp to be less violent, LOL. New game approvals were paused. China also said they were going to regulate “addictive” algoritms, so I expect to see further changes going forward, especially tied to various lootbox / gacha mechanics.

The censoring / removal of Chinese servants in FGO CN is a surprise, and I’m not sure what the reasoning is. I’d love for someone to share what their regulator’s intent is, and how it ties into the rest of what China’s doing.

Oh, you want arbitrary decrees from tyrannical bureaucracies to be smart and make sense?

All decrees are arbitrary to some extent, and China’s restriction on children’s gaming is both smart and sensible from a societal standpoint.

Did they at least get different art for Wu Zetian so that in at least her own country she isn’t a female child version of that one children’s story of the emperor that doesn’t wear anything?