You know the drill, exterminate the aliens with extreme prejudice Rico! 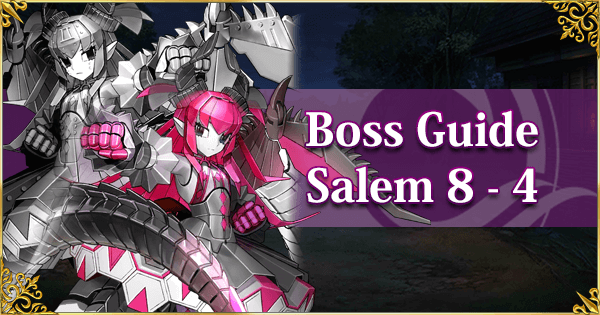 References aside, this is a good, fun encounter. Of course with our Clairvoyance EX, many of us know ahead of time what to do, but nonetheless this boss has a lot of HP and some strict solutions (courtesy of that buff-wipe). Naturally, as is often the case, going full offense, guns blazing, is probably the best solution, but let me know if you intend/have stalled the encounter or used other anti-buff-wipe NP measures. These encounters are always good fun to write about. Anyway, good luck!

It’s a good thing I maxed out Mecha Eli-chan. She really shines in this singularity! Even with levels halved, she’s reached sky-high damage numbers.

As soon as I wrap up with dinner, this boss is going down faster than the dessert I’m about to finish

The real heroes here though are the ones doing it with full bond bonus. That must be quite a pain

• Kiara solo or with double Tamamo

• Robin comp, with a healthy number of taunters?

Fair word of warning on the Sanzang NP spam, but IIRC I used that strategy when going in blind on JP, and I didn’t make it the first time around. But your experience may vary, it’s not like that set up was super optimized nor did it use any Taunts (full Caster team).

Hmm, that’s fair. I know that Sanzang + double Merlin can back-to-back NP and chew through 2 of her healths…but the other 2? That’s why we have a backline?

…I just did Edison stall for 8-3 and wow, that would take such a long time

Edit: Doing Edison stall for 8-4. Abby’s charge drain is annoying when she focuses on a single servant, but 15 minutes in (including story time) and the first HP bar is gone and this is going super smoothly. I’ll be honest and admit it too a few resets, because that Terror mechanic is annoying as hell. Fortunately, only Mecha Eli-chan ever fell, so Lip and Mash weren’t even necessary.

I thought Eli would be the star of this, but Melt’s utility and sheer damage actually surprised me. I’m also glad the fight worked with these hidden Guts rather than Break Bars since it was nice to work the old-fashioned way.

Probably the easiest boss fight of the four for sure, though I will say Shinjuku’s was fairly easy with either Tamamo (Lancer) or Vlad III (Extra).

Also, shout out to Grandpa for being deceptively strong here. Both his NP and Swordless Form were great for knocking the rugrat down a peg or two.

Double Merlin is something else, I had none of the top caster supports except a borrowed Memelin. Never saw Abby NP…there was one time she got her charge bar to around 4 ticks, but after a few drains and seals it rarely even got above a single tick. A few times I even wasted Waver’s NP drain

She has an AoE damage modifier, so doesn’t quite count.

I used Mecha Eli, Merlin, Waver in my frontline, then Mash, Musashi, and story support (I think Nehza, but it was irrelevant) backline.

With rank 10 on Eli’s star gen skill and 2030’s on both supports, I was able to NP turn one, then buster crit turn two to wipe out her first life. Refilled Eli’s NP and blasted bar two within a couple more turns, but she focus-crit’ed Waver down, and I didn’t know she had buff clear on NP, so Eli got wasted. Fortunately, Musashi made sushi out of that octopus fairly soon after.

I think the fight lasted all of 8-10 turns. A couple casualties, but still really easy compared to past bosses. Other than knowing to bring Eli, I went through the entire singularity blind, and usually never lost one of my frontline. Still, the story was great, so I don’t mind the fights being easy.

I am not that far into the story yet, and since I am taking it slow it can be a long while before I reach this part, but I am planning on throwing Asterios to 1v1 the eldritch child and see how it goes, will probably experiment with the lite version of Abby earlier on before deciding if I am going to take on this task.

Abby’s attack hits at 4-6 times, giving Asterios 20-30% gauge per attack, Asterios should have no problem NPing every one to two turns which coupled with an MLB Iron-Willed Training and his own defence buff enables him to take almost no damage. Abby’s NP strips buffs before damage, but as long as there is one previous stack of attack debuff, MLB Iron-Willed and a new NP debuff on that turn even her NP will be no threat.

An ungrailed Asterios solo likely won’t work for the big version since he simply lacks HP pool (and the attack), thanks to divinity even if Abby got attack debuffed by 100% Asterios is still going to take flat 175 damage every attack. Default MC gives 3000 heals every 7 turns while Asterios will take 3675 minimum damage assuming Abby attacks 3 times every turn. So he will lose roughly 675 HP every 7 turns in an ideal situation where Loss of Sanity/Witch Trial don’t mess up the rhythm too badly, all the while he will be hitting blue damage against a boss with HP numbering into million, sounds like a real challenge.

Loss of Sanity and Witch Trial is gonna be a big pain in the ass for this solo so I am expecting a lot of savescumming as well if I do it.

If anyone has a grailed (if max-grailed even better) Asterios with MLB Iron-Willed Training (shirtless Kirei), please let me be your friend.

I completely forgot about Mecha Eli-chan because I haven’t used her since the Halloween event.

Ended up running a sort of accidental semi-stall team with Kiara MLB BG, Waver, and Merlin (MLB 2030 both).

I forgot how depressing Kiara’s overall damage was. Not that much damage is needed each turn, but the drop off was severe after the first round of buffs and constant stuns.

Abby finally got her NP off and took out Kiara, leaving two Wavers and Merlin to clean up the final HP bar. Stalled the crap out of her NP and whittled her down before she could fire again. Not exciting, but impossible to die unless she gets to use her NP.

Just finished. My team was Merlin, Helena, support Mecha Eli, Hans, Mozart, and Melt. Mecha Eli took her down no sweat- I lost Helena to the one time Abby NP’d, but otherwise no casualties. Makes me wish I had another caster instead of Melt to take advantage of the Bond bonus.

Went with melt (borrowed) solo strat with ce to revive due to bad rng, but on last bar health, grind down hp to 250+ and abby taken out by curse from 500yr… lol

Well, just done the final boss battle myself. It was actually pretty easy given Mecha Lizzy can take out two of her guts with an NPBB crit chain. Actually made a misplay and swapped in Mash first before Leo causing me to take an unsafe NP. Glad she targeted David over Lizzy otherwise it might have been a reset. Oh well, I guess there goes my luck for the day.

Got screwed by rng… She keep charging np 2 turn on the row after 1 np. So 2 np back 2 back and kill my gundam and this is on her last revive…