Probably the most expensive and absurd amount of dust I’ve ever spent on a team for these kind of challenges: 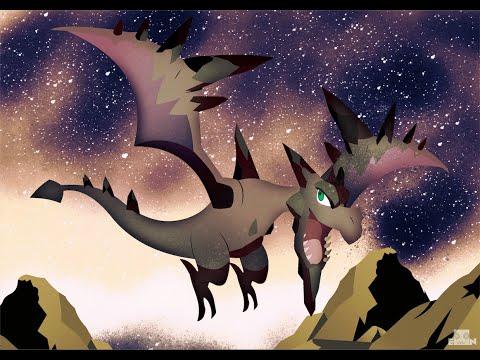 So the other day I was looking at SilphRoad’s raid bosses list and I saw Mega-Aerodactyl is now possible as a solo cause Mega-Raids’s HP were nerfed from 15K to 9K, and the kept the 300 seconds timer, just like the legendary birds raid day back then. So I thought, this thing has like 5 weaknesses but there’s gotta be only one type that could be able to make the cut, and then I realize the horror…Steel-types, which they’re only boosted ON SNOW.

After a couple of days on trial and error, someone on my local raid group found someone who saw Snowy weather, so the deal was sealed. I spent 1.6 Million (I’m not kidding) ONE POINT 6 MILLION STARDUST on these things! The good news is, this was a safe investment nonethenless. Shadow Metagross is, and it will always be, the best Steel-type raid attacker in the game, not even surpased by monsters like Crowned-Forme Behemoth Blade Zacian (Cause it lacks of a good fast move).

With 5 of them (And 1 XL) I was able to pull it off. Just like Shuckle’s solo, this kind of “weak to steel-type raid bosses” are the most annoying solos to try. But I feel other megas are possible as a solos nowadays and they’re not weak to that type. Who knows? Maybe both Mega-Zards are possible now.

I’d not thought of this,simply because my brain never gets to the end of the sentence “hey, let’s do that mega ra…”.

Zard Y looks very doable at L40 in cloudy, particularly with Rhyperior air slash/dragon claw. All other combos appear to need a relobby but have enough leeway, 50s with Rampardos, 40s or so with a variety of attackers, that a decent phone and nimble fingers may well succeed anyway even with the energy gain.

It’s 3am here and I only got up to take some painkillers but as ever, amazing to watch and I feel I’ll give the Zard Y a go when it’s round, as well as checking some other megas.

Watch out for the legendary version of shadow MM Metagross, shadow Sunsteel Strike Solgaleo, in a dozen of years. Zacian-Sword has Metal Claw, the best steel fast move in PvE.
By the way, the solo is very possible with shadow Swampert/Magnezone in rainy.

I’m pretty sure shadow Pokemon can’t mega evolve. I did the simulations on Pokebattler and Shadow Metagross was the only counter that could make it on < 300 seconds, maybe I’m wrong. And yeah, maybe Crowned-Sword Zacian can outpace Shadow Metagross. Only time would tell.

Oh. I hope you’re feeling a little better. Thank you for supporting the content. I really appreciate it.

Mega-Zard Y sounds like a possible solo without weather. We’ll see after June 16 I guess lol

Shadow swampert maaayyyyybeeee (though it’s on the edge, it’s 289secs with lvl50 and rainy). Shagnezone? No way, when rainy it’s 298 secs, so everything should go perfect and it usually never does. Shadow electivire is even better than both given iron head on Aerodactyl, with about 280 secs.
Waiting for your vids now :D

Mega abomasnow and Charizard should now be doable for normal people I guess :D

There is a video on Silph Road using a Mega Manectric and four shadow Magnezone. Maybe it’s just that specific moveset (Iron Head on the boss).

I’m alright thanks, just my mystery shoulder condition being a nuisance.

I’ve got a lot of RW Rhyperior and 96% Rampardos, plus candy to spare, so I will likely give it a run. No chance of snowy weather here so I’ll not get a chance at M.Aero.

I mean…technically neither is Kyurem B/W but that mechanic hasn’t made it into the game yet. Given how broken those fusion forms are, I could see them being treated similar to a Mega, maybe needing Mega energy from each species or something? Time will tell…

I think you confused Solgaleo with the fused version of Necrozma? The former is just a regular legendary mon like Reshiram, while the latter is similar to Kyurem-W/B. I completely agree with you about the fusion mechanic implementation.