My team - Can someone help me build good teams from my units? 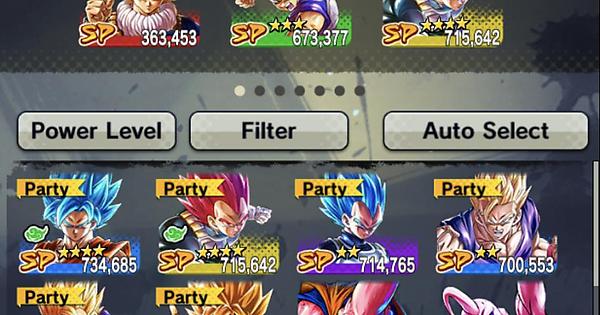 You could go for a saiyan type team that favors either God Ki or Fusion:

Bench(For either core):
SP Vegeta Purple
SP GT SSJ Vegeta Yellow
EX Raditz (if you don’t have him he’s easy to get just to the event story, he boosts health)

For God Ki, even though you have SSG Vegeta and Goku, I think having Vegito Red is more beneficial as he is a good tank in the beginning of a fight and is a better character than the other two
For Fusion, you have two tanky characters in Vegito and Gotenks, but after 30 counts Vegito becomes a great offensive character meaning you’d have to control the pace of the fight and know how to use the character you have

But what about a green unit?

So a team is typically comprised of as 3 core units who are mainly used to fight and 3 bench units who are typically there for synergy, them being good enough to bring into the fight for a color advantage is only an additional advantage but the greater focus should be on synergy. Without synergy, your core units won’t even be good enough to compete in PvP except for the bottom tier level. You don’t have any Saiyan boosters that are green, so I didn’t choose one. Until you get better units the only fighters you should use are the 3 in your core.

Oh okay thanks, so their power doesn’t matter or should I train the bench?

Nope don’t bother training bench units that are only used for synergy. Only Z-Abilities and how much a fighter is limit broken effect synergy

Yup the god team looks good to me, and then the fusion team would be the same bench just the other three members for core.
In the future when you get other characters you can go for better synergy.
The God Ki team for example is currently saiyan based. But lets say you get Zamasu, then the bench wouldn’t work. You would take out Vegito Red for the other God Ki tagged fighter for better synergy, than add SSG Goku and Vegeta to the bench in placement of who you have in your bench right now.
That would make your team
Core:
SSB Vegeta, SSB Goku, Zamasu
Bench:
SSG Goku, SSG Vegeta, Raditz

This would make sure your Core recieves benefits from every other fighter on your team, except that Zamasu wouldn’t get the Raditz boost, and make it a stronger team due to the more single tag focused team.

The best teams are made up of the best fighters in combination with all around synergy. The main weakness of your current God Ki team, despite Vegito Red being a great character, is that he doesn’t get the boost from SSB Goku and Vegeta, but luckily the bench boosts Vegito.
In your Fusion team, each member of your core receives boosts from every player except Gotenks doesn’t for the bench. After seeing that I think I would recommend putting SSB Vegeta in over Gotenks.

Oh yeah ok, can you message private on this site?
And damn I would wish I had super vegito haha

I think so, click on my name and hit the message button, I’ve never PMed on here so I’m not sure.

Yeah you can, maybe I will message you in the future mate ;)

Unless you’d like to keep it private, I’d recommend asking questions on here. I don’t mind answering any you have, but as you could see I missed a couple ways to make that fusion based team better. If I miss anything else the other people on this site can catch it and let us know

Yeah sure mate, thanks for the help

The teams @Qwerty2424 posted are amazing and you should really use them!! But can you show me your EX fighters aswell?? You might have a amazing Regen team and not even know it.
You have now:

Still your Fusion/God-ki teams would be better, but fun to play with and see how long a regen team can last.