Need help catching up with the story

Sorry to say I haven’t really had too much time catching up with the main story; massive workload at my job and all that over the past few months. since it started sometime in the holidays last year, the gap is between the segments after the Salem Singularity to the start of the Russian one. Would anyone mind filling me in on the big points please?

the gap is between the segments after the Salem Singularity to the start of the Russian one.

Actually you don’t need to clear EoR to start on Part 2. So if you want to you could just skip Salem completely and start on “the Russian one”, then come back to Salem after that. It’s gonna be a few more months until the next Lostbelt anyway.

Since he said “after” Salem, I think he means the lostbelt prologue.

Yeah, that’s what I meant.

Soooo how did da Vinci turn into a loli?

It’s a clone. A.k.a Homunculus. She cannot stay far from SB since her function is limited

So the da Vinci we actually knew is dead? Damn.

it’s a bit fuzzy since she’s a spirit origin backup of the normal one with all memories. effectively she’s weaker, but everything else is the same. trying to Ship of Theseus it is a level of minutia I’m sure we’ll never get cleared up.

So then she IS the same da Vinci, just having her mind and memories transferred to a homunculus?

That’s pretty much it.

Ah, very straightforward to the point. I really appreciate that.

Some other details in addition to the above are
The Mage Assoc. team want to revive Team A as some of them are important Clock Tower people. We’ve been keeping them in stasis the whole time since the beginning of the game.
Da Vinci tells you about them a bit, including that Wodime is the leader of Team A, Kadoc seems like a nice guy, some foreshadowing, but overall glowing reviews.
Goredolf has a bunch of mercenaries with him, and they basically take over the place.
When they’re about to rivive Team A, they get attacked by another force that takes over Chaldea.
A Caster is freezing the hallways solid, including Chaldeas, to like -100 degrees.
The enemy forces are called the Oprichniki.
There’s also a crazy blue alien walking around the halls, but nobody mentions it.

Also worth noting that the Crypters are Mash’s fellow Team A Members.

Soooo how did da Vinci turn into a loli?

Through the hopes and dreams of the Fate fanbase.

So then she IS the same da Vinci, just having her mind and memories transferred to a homunculus?

Unfortunately no, she’s not the same. It’s more correct to say that she has the memories and experiences of our Da Vinci but she’s still technically a different servant, that’s why she’s trying her best to keep up with her old self.

So you’re free to hate Kirei all you want for killing her.

So you’re free to hate Kirei all you want for killing her.

Meh, it’s pretty far down the list of reasons to hate Kirei. 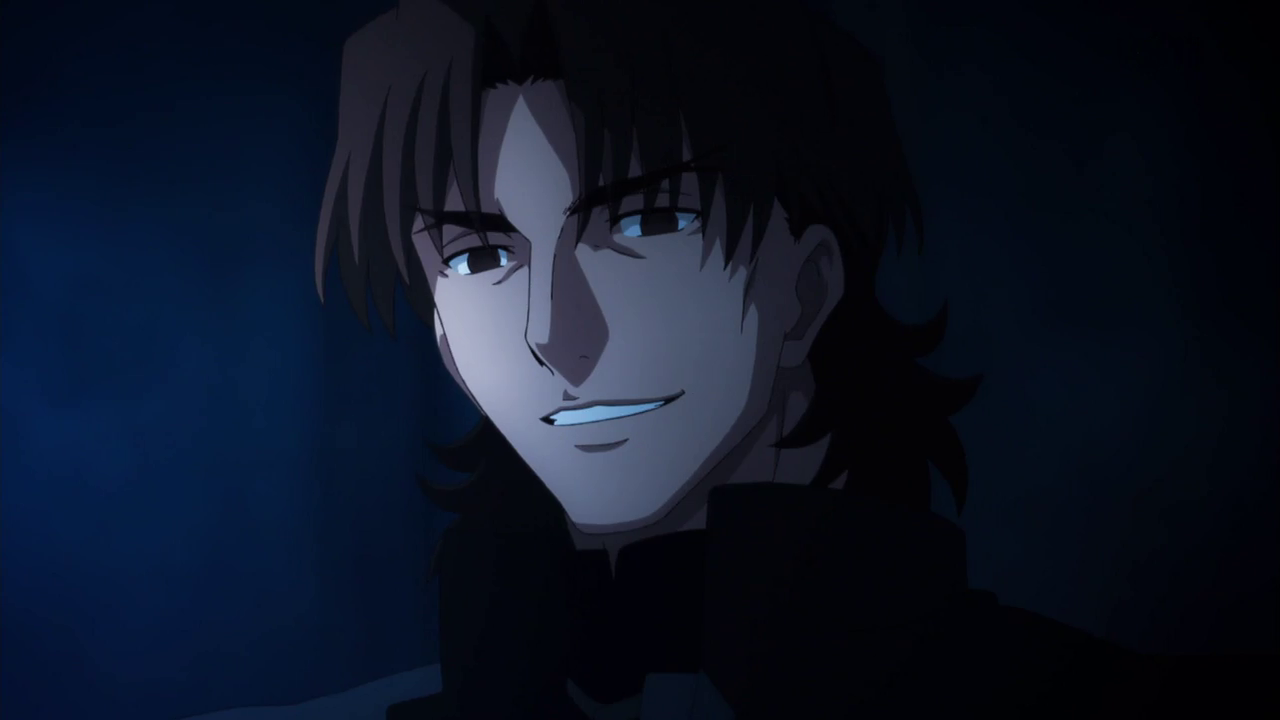 I mean, that’s true, he is a great villain and really fun to have onscreen.

He’s not like Shinji, who is just abhorrent and insufferable at all times.

Well, the Shinji punch moment is always nice to see. Cu Chulainn did a good job.