What do you think about this new mystic code? Imo its great for who wants to solo quests (～￣▽￣)～ 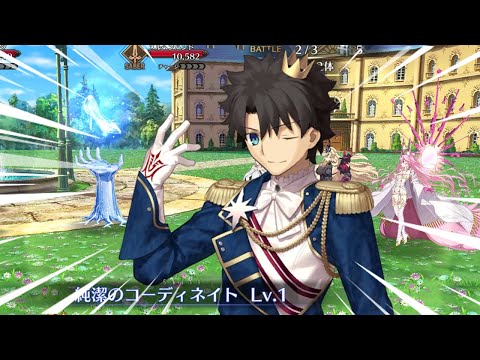 The 2 times Invuln is also nice for some survival that isn’t tied to Atlas.

I think it looks nice on both of them, her especially.
But does it fix permanent sleep from Oberon?

But does it fix permanent sleep from Oberon?

Oberon’s S3 ignores even his passive immunity, and it purges buffs before triggering anyway.

It says it clears permanent sleep, the only servant who has that ability is Oberon, but it still does not work on Oberon’s S3 target since the debuff is unremovable. Tested it out to confirm this.

Potentially a nice Atlas alternative, it’s got a nice skillset. A Servant’s self-debuff purge is useless when you’re stunned etc as you can’t activate it.

Because of AoE Buster’s reliance on plugsuit I don’t think it will get use unless it’s Melusine or Artoria with a Superscope.

I guess this means we’ll get to see more perma sleep debuffs in the future?

I can definitely see this used in Solo’s, it would be really nice to have for Hijikata even more so since on JP he has a Guts buff. Can’t wait to try it out in 2yrs but it looks promising!

Hopefully the next MC has a Quick buff because they don’t have much in terms of MC besides early ones. 2004 is very solid and some of the Arts ones are Niche but still have usage. I’ve rarely ever see the use of Royal Brand, can’t recall the summer one off memory.

Both Quick MCs suck imo, 2004 is better for every quick looper. Part of that is additional card up has diminishing returns vs np gen or np damage, significantly less stacked buff types.

I think a new Quick MC would have to support a specific playstyle/goal that isn’t looping.

Yeah I totally agree about the Quick MC’s.

2004 is suitable for so many situations it’s hard to find a replacement.

A MC idea that I would want added is the following -

The last skill of the MC could be Quick due to not having major Quick support bar Skadi on JP (until they finally get that new shiny support). But even if it doesn’t cater to Quick, Nullify Buff for 1T would be a nice mention as it’s only present on 1 MC & not many servants have that tied into there kit.

A shame not many servants have good NP Overcharge effects. Because even that would be a rarity on a MC if tied to some other skill, like a 2 in 1 buff.

I doubt they’ll put a 20% charge any other MC just so Mage’s Association will still have a reason to exist. Because I’m fairly sure if any other MC gets 20% charge mages gets put into a chest and packed into the attic with the summer 1 mc.

I do think this is an interesting addition to the pack, at least per the power level of event MCs anyway. A more offensively oriented Atlas with a pretty tasty Buster steroid makes sense in the Vitch era. I feel like I’ll enjoy running double Vitch Arthur on certain nodes with this - with HNS, Mana Loading and this, that’s two guaranteed NPs and with a little luck a giant crit turn, plus freer access to his low CD skills and the additional Buster steroid helping to patch up his relatively poor NP multipliers.

It’s hardly a meta breaker but it does open up some fun new options both on stall and steroid fronts.

Agree. Stall should be more of a thing.

packed into the attic with the summer 1 mc.

I use that one sometimes