It has been scientifically proven that waifu wars are the best way to start a new year, and it’s been about a year since we last did this so…

Here’s how things will play out:
We’ll have a poll to pick best girl from every game, out of the characters in FEH as of 1/1/22. The max poll size is 20, and some games have more than 20 female characters in FEH, so those games will have two polls and two winners. With a few exceptions, different versions of the same character will not appear multiple times, or in multiple polls. Polls will last roughly 48 hours. Everyone gets two votes per poll (four per game if a game has two polls), but of course you’re free to pick only one, or abstain. The winners will move on to a round of 20. I’ll fill in the remaining slots with wild card picks, using whoever gets the most votes without winning their poll. From there, each round will eliminate roughly half of the remaining girls until we have our winner.

We’ll start off with FEH OCs. TMS has been merged into this poll because we really don’t need a separate poll for just four girls.

Feel free - encouraged, even - to post fan art to try and sway votes toward your girl. Just remember to keep it civil, and PG-13.

There are one or two I like tho, so I guess they’ll get my vote.

People who vote for Veronica, Ylgr or Mamori:

I voted based on how much I like a character, so I voted Vero even though I 100% agree she is not a waifu.

I voted based on how much I like a character, so I voted Vero

Yeah, yeah save it for the judge buddy 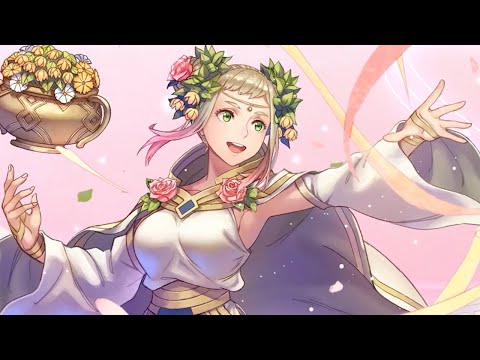 Aww, I was hoping for art dumps

Well, I’m always glad to do one.
I don’t know how obvious I’ve made it, but Laegjarn is my favorite female OC. If not for Helbindi, she’d be my favorite OC period, and by a wide margin. So, for anybody out there who’s easily swayed and not sure about their votes: