It’d still just be another boring Dragon tho Actually hoping for an excuse to save

I would love to see Seliph win.

The characters I’m voting for are
• 1 - Erika: I’ve seen a lot of people discuss voting for her and I think she has high chances of being chosen.

• 2 - Luthier: Luthier isn’t in the game yet and I’d like to increase his chances. I’m not really a Luthier fan, but I feel for those who’ve waited for him. Also SOV hasn’t had a banner since Valentine’s Day. Even SS had two banners (summer + banner w/ Selena)

•2 - Leo: a lord character who I think deserves an alt. Leo’s had bad versions of him in the game and it would be nice to have one that’s good.

I personally don’t really want to see any 3 houses win cyl cuz I feel like they’ll all be added at some point. It’s a popular game, so I wouldn’t doubt it. But if I had to choose, it would probably be:

•2- Dorothea- I know she got an alt recently, but it would be nice to see her get a decent one. I generally don’t really have a favourite 3h character cuz for every think I like about a character, there is something I equally dislike about them. But Dorothea I find is fairly likeable. And I’d rather have her than b00byleth

So I remembered I actually have two My Nintendo accounts so I don’t need to “break” my tradition to who I vote for… I’ll get on that soon.

But first of all, my picks are unrealistic and don’t support one of the higher scoring characters, I’m 69420% aware of that by now.

Then, why? I have the same thought as @RoysOurBoy mentioned earlier: it’s an event to vote for your favourites, and I wholeheartedly agree there, I wanna vote who I’m deeply attached to… “who?” Wdym, you should know by now… Kidding, here’s my vote: Yep, Idoun no less, I think she’s been part of the reason why I’ve made some close friends here in #gamepress as I was looking for fellow fans of her to talk with.
But that’s not the reason why I always vote her? Why then? She’s the OG and only bestest girl of all medias for me, the reasons are written in this post.

Bondage Blade Took me a while to notice the pun.

I also prefer “Sword of Seals” as the game’s epithet. Anyway, I started this post last night yesterday and finished it now, I’ve updated my profile for the occasion. Mood.

Now that I covered my talk about Idoun… what’s that so-called tradition of mine? I always voted Idoun on all the slots at every #cyl, no matter what.
You must be wondering the reason… as I said earlier, I highly regard Idoun, I’d love at least one more alt (where she’s happy and fully restored to her former self if possible!) and my plan will not change unless she somehow wins a #cyl (not that it’ll happen anytime soon but the chance is there, minimal as it is) or gets an alt or two so that my mindset changes to vote someone I like that deserves more recognition.
But I’m loyal to my favourites so my plan doesn’t change, and with #cyl5 #poll being finally open, the deed was done: I plan to make it cast some of my votes to Sara who was recently added to FEH, I also highly regard her ever since prior to FEH and here’s an appreciation thread with a little proof.

Summoning for Sara Hey guys! This is a separate thread I had planned to make for the latest of my summon marathons… let’s get started. Her theme Did you know Sara has her own scene theme in FE5? If not feel free to listen to it here, I felt this should go first because you can scroll down while listening to it. Ofc, you can always just listen to your own music or nothing.


I just would like an alt for her… much as summer is my favourite thematic, it’s a gigantic nope Imo, I’m certain she’s best suit for a wholesome thematic like New Year so that’s the kind of message I hope @Intelligent_Systems gets someday… that there’s appreciation for Thracia 776 characters and that they need more rep in FEH.

TL;DR: vote for Idoun on my main because best girl and Sara/Sonya on the alt. Both have a common reason which is to give @Intelligent_Systems a message — that there’s appreciation for them.

And what about Sonya/Julia?: Believe me, it was hard enough to even decide to split my votes on my main but then I remembered some things like my alt so…
Sonya clearly deserves an alt, she’s been for 3+ years in the game and I’m disappointed on the fact she never got a single alt.

so the spam via incognito mode is not possible. Anyway, I’d love one more to make a Julia emblem but a new alt for her will probably also earn her some unnecessary hate and/or heated discussion.

Also, seeing Sara had a tad little of attention (~400 votes or so in average) compared to the others, I figured I could grant her some additional support this time.
So, I’ll split up my votes on my alt and maybe create a throwaway account because why not, 4 for Sara and 3 for Sonya.

Campaigning time: now that I’ve shown my appreciation to these characters, I’d like to specifically do some campaigning to them, I feel they do deserve it and if you vote either Idoun, Sonya or Sara, that’d be great, but out of those, I believe Sonya deserves the votes the most because of what was stated earlier. I voted!
I want to see her in top 10 again, because, well… she’s my favorite FE character As for the other votes, I don’t know if I’m gonna go for Ferdie, Eirika, Constance, or Manuela, I’ll wait for the half-way results.

do I really need to show for who I voted ?

I don’t really care a lot about the results since most of my favorites already made it into the game.
So I picked Yuri because I think a dagger unit could be cool for a change and I liked his character.
#3HCinderedShadowsSweep

We cannot allow the extreme crappiness of the fates series to continue to pollute Feh. Therefore we must vote severa in order to exterminate the Selena travesty once and for all.

Eirika and Marth are going to be my choices Thank you, these will make a fine addition to my collection

why am I so weak for F!Byleth We must protect that smile Watch Erika get 3rd and F!Byleth get 1st f!byleth and Erika win and Marianne is third

You are just hellbent on mentioning that possibility, aren’t you?

you are just heckbent on mentioning scenarios where others favorites get third no?

Nah, not really. I mentioned this one once. You’ve mentioned possibilities like that about… 3 times since yesterday. 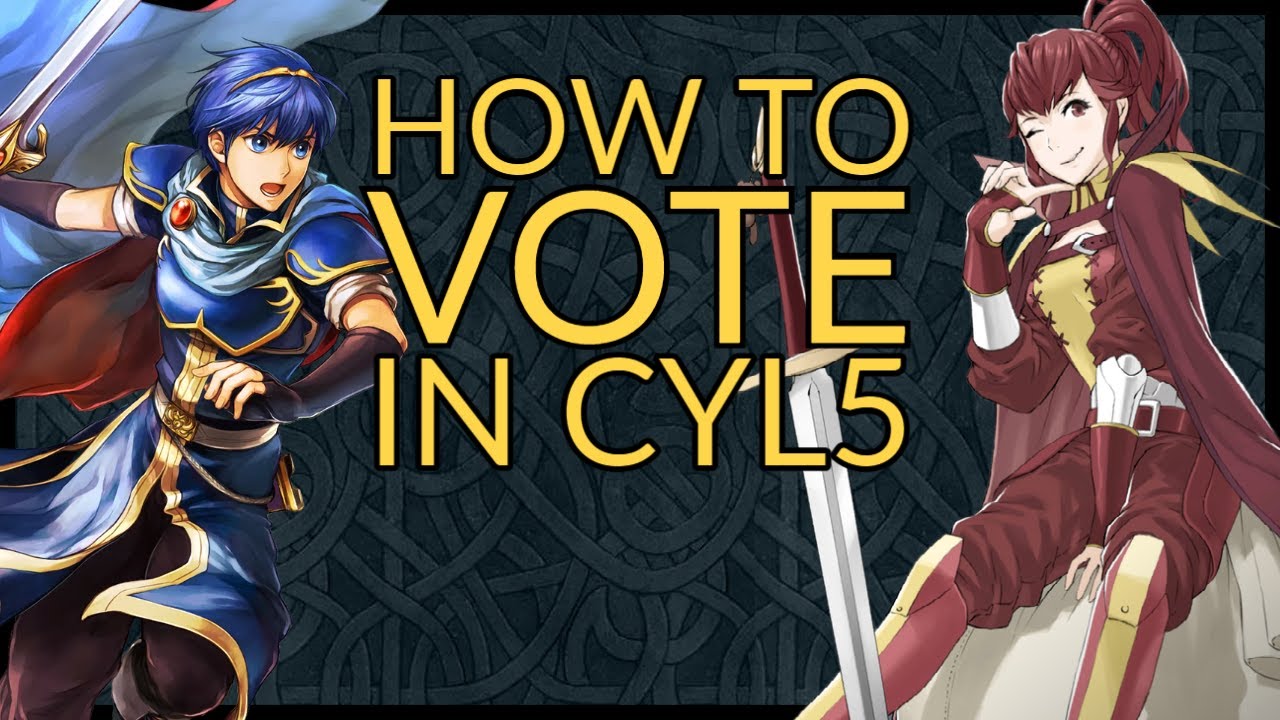 Going to vote for Validar a bit (as I tend to do)! I sure do love my evil dark mages I might throw some votes towards Jedah again too. But maybe I’ll mix things up a bit.