Welcome to another jakeyb farming guide :)

No spreadsheet for these raids, but I did want to revisit the topic I made last year since we’ve gotten a few upgrades to the servant roster since then.

Why Farm the Oniland Rerun?

We just came off a lotto event and we have hunting quests and another lotto on the horizon. So why farm these raids?

Because it’s an egg drop contest.

In addition to dropping eggs at fabulous rates, our friend the Oni King Shura also drops Aurora Steel, Gunpowder, and Stakes. You should be in a decent place with steel since it shows up a lot as a drop in lotto/raid events, but gunpowder and stakes are annoying to farm and a lot of recent servants have been asking for them.

But really, those 45 Spishtar eggs ain’t gonna farm themselves. And if you’re like me, you still have Junao, Smolvinci, Ass-Claps-R-Us, Summer Melt, and basically everybody else who asks for eggs to worry about.

This raid also drops a lot of QP, so if you didn’t max out during GilFest, you can do that now. :) The raids also drop shop currency, so you can ignore the shop for the entire event and just finish all your farming here.

Which supports should I put up, and which CEs should I equip?

Outside of an applicable DPS with the correct damage CE, I recommend:

For Casters, in this order:

For CEs, prioritize Bella Lisa and Bond CEs that push damage. If you’re putting up Tamamo, Bond CE >>>>>>> all other options. Merlin should take Ox Demon King over his Bond CE, if you have it. Currency will take care of itself so I don’t recommend currency CEs for the raids. Starbomb CEs are also nice and are a good secondary option if you don’t have any of the MLB Mana Prism shop CEs or a relevant Bond CE.

These are a little difficult to calc since the event bonus scales depending on where you are in the point ladder. I’m just going to assume a max bonus, which means you have 1,250,000 points by the time the raids unlock. (Or, realistically, that you’ll hit that point after doing the raids for a hot second.)

For almost everybody I could think of, the default MC add more damage than a Lv. 10 Arctic because the event bonus damage stacks additively with NP Strength up. So NP strength up buffs are not helpful. Stack Atk up and Card type up buffs instead.

Returning masters have access to an NP5 Caster Shuten, who gets a free 50% charge for the raids. Convenient :)

These are largely unchanged from last year. Go for DSS if you have it, and Sigurd/Bedi/Rama if you can’t. Arts basically has to sit this one out unless you have NP levels on a specific limited SSR or a grailed Kuro or Robin. Egg drops are good civ. This raid drops a lot of QP but I don’t think most hardcore farmers need the QP right now, since we just got a bunch and we’re going to get more with Xmas.

Scathach continues to save my ass for raids

So what I’m hearing that I can’t one turn

@Gou already told me this but i’m still a little salty.

I think I used Okita (saber) last year but she is NP5. Got a grailed Scathach this time so who knows, if my bonus dmg from points is high enough I’ll just go for that.
Also now I kinda wished I saved some more apples if the egg drops are really that good. At least the last node in SW2 also drops them though I’m not sure at what rates. I don’t remember how much time has passed since BINY ended but I’ve only done the egg node since then and got 3 drops so yeah…

NP2 Kama with DSS and Liz should easily one shot if I’m running the calc correctly. She gets attribute advantage vs. Earth on top of everything else.

At lvl 100 NP2 (1k Fou) or equivalent investment she can clear with DSS + Chaldea MC.

Nowhere near as good as this Raid i reckon. same, I have Sigurd but no native Waver/Merlin

Some chart said the egg drop rate is like 16%.

Yeah, I’m safe actually. I was just thinking of the 10 gold apples I held onto, forgot about the bronze ones from the boxes I opened, scrolling down a bit in the game has filled me with joy.

Was hoping kintoki + merlin + Shakespeare + gong would do the trick

Even at max powermod? I know this video only showed shuten once, but it also used significantly less buffs 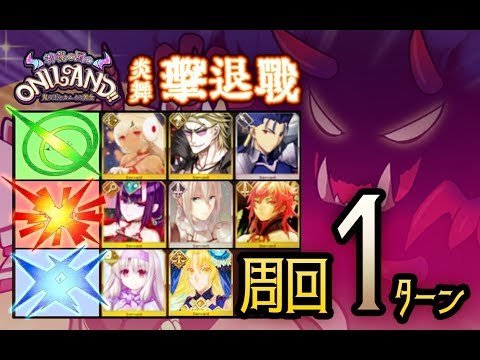