And here’s the second Operator revealed for the coming Event and Banner. 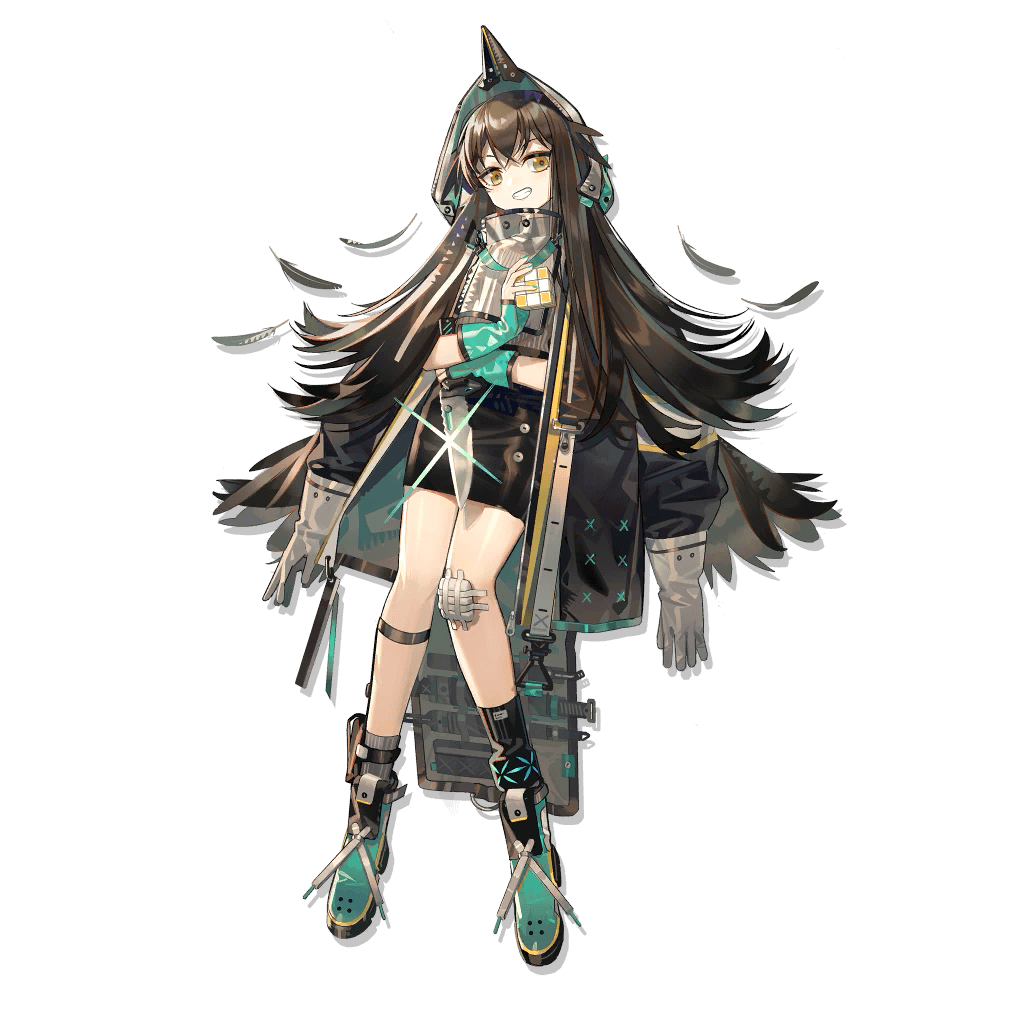 Our newest Specialist carves out a place for herself among the game’s other Fast Redeploy Ops for being the only one with skills that deal Arts Damage, allowing her to help deal damage to armored enemies much better than her other counterparts. In addition, if we aren’t counting Phantom’s phantoms, she’s the only one capable of doing so at range with her S2 (unless we count April as a pseudo Fast-Redeploy Op due to her Talent).

In addition to her Arts damage, her Talent makes is so that using her skills makes her unable to Block and also gain Camouflage (similar to invisible enemies, she can’t be targeted by ranged attacks unless she’s blocking, which is a moot point since she’s also unable to block at this time) so there’s little worry that she’ll get killed before her skill can fully run it course. All this with extra ATK when E1 or E2.

As all numbers are computed at E1 and above, damage will take into considerations her E1 Talent’s 8% ATK buff. Numbers in parentheses are damage numbers computed with her E2 Talent’s 15% ATK buff where applicable.

Kafka’s S1 is version of Projekt Red’s second skill, Wolfpack. Only instead of Stun, it puts enemies to Sleep. And
when they wake up 5 seconds later, she deals a large does of Arts damage to all enemies in range. And no, the enemies don’t have to be asleep for her to deal damage to them. Any enemies that move into her range after deployment (and thus aren’t put to sleep) will still receive damage when the 5 second duration is up.

As a side note, unlike Red and Phantom’s AoE stun, Kafka’s Sleep means the enemies are invulnerable during its duration. Except that we did get an Operator not too long ago who can actually deal damage to sleeping enemies. While 5 seconds isn’t a lot of time, considering that Blemishine’s ATK Interval is 1.2, she does deal increased damage to sleeping enemies, so it’s worth considering using them together and have Kafka stop particularly troublesome enemies while they are in Blemishine’s range to help get some free hits in.

Her second skill gives up her crowd control abilities but instead allows her to attack at range. She attacks the third tile in front of her with a burst of AoE damage, followed by normal Arts attacks on the same tile. Despite being a ranged attack, she doesn’t attack aerial enemies.

I’m sure the most common line of thought here is that she can be placed behind your lines where she can be kept safe from enemy attacks while she’s running down her skill’s timer. But don’t forget about her Talent. As she is unable to block while using her skill, melee enemies cannot target her. And because she also gains Camouflage while using her skill, ranged enemies cannot target her either. So unless she is next to an Operator that is hit by an AoE attack (such as from Senior Casters and Mortars), she is safe from any and all harm.

You could literally drop her in the middle of enemy territory to strike them from behind and she would be completely safe up until her skill ends and she becomes targetable ones again.

This allows for a lot of flexibility with her deployment with either skill. And her S2 can even help her target and assassinate distant enemies that are normally untouchable due to either restricted tiles in their vicinity preventing you from dropping in close to them, or because any Op placed in that area would get massacred because they are outnumbered and/or are far outside the healing range of your Medics.

All in all, Kafka opens up quite a few doors for any Dokutah who manages to bring her home to Rhodes Island and is willing to put in the investment to raise her. 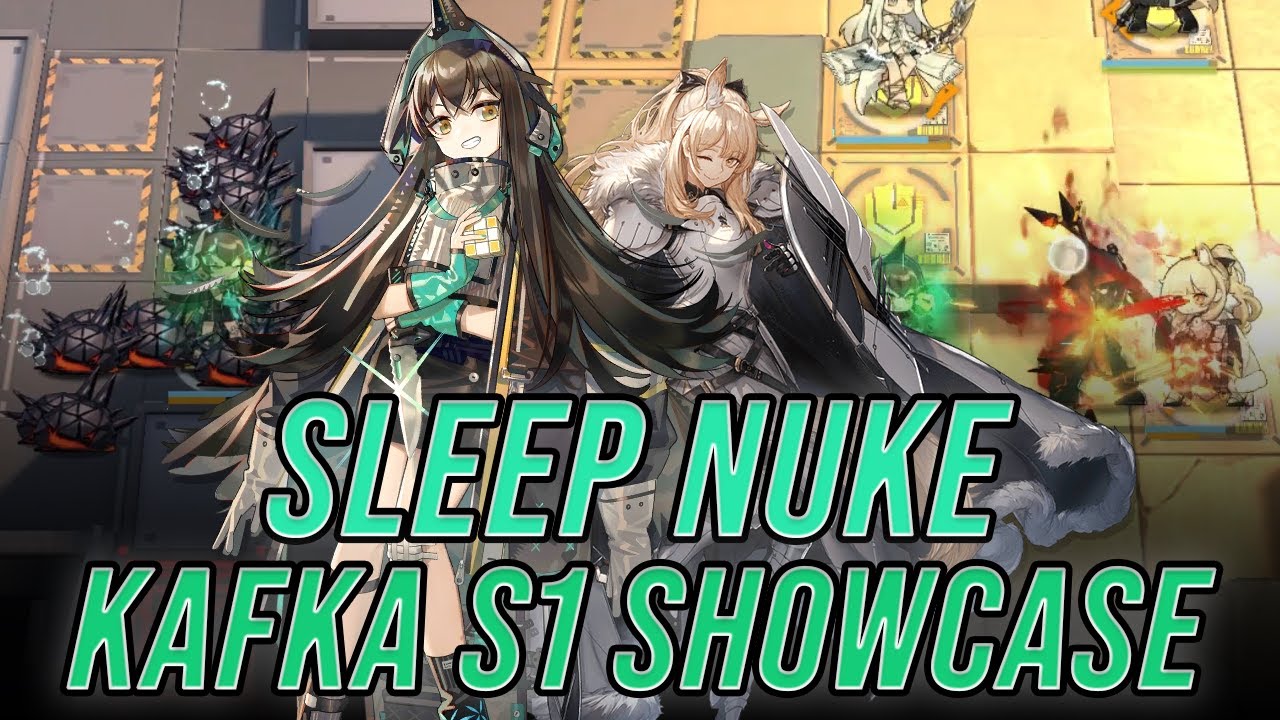 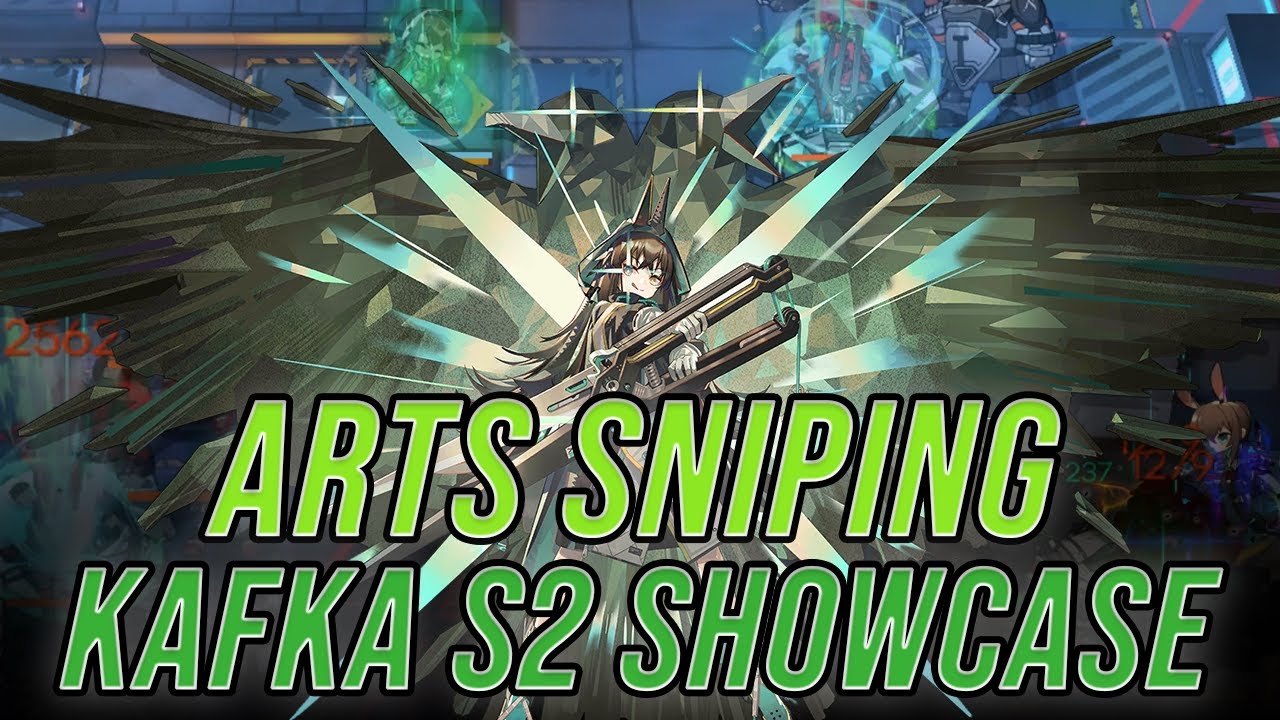 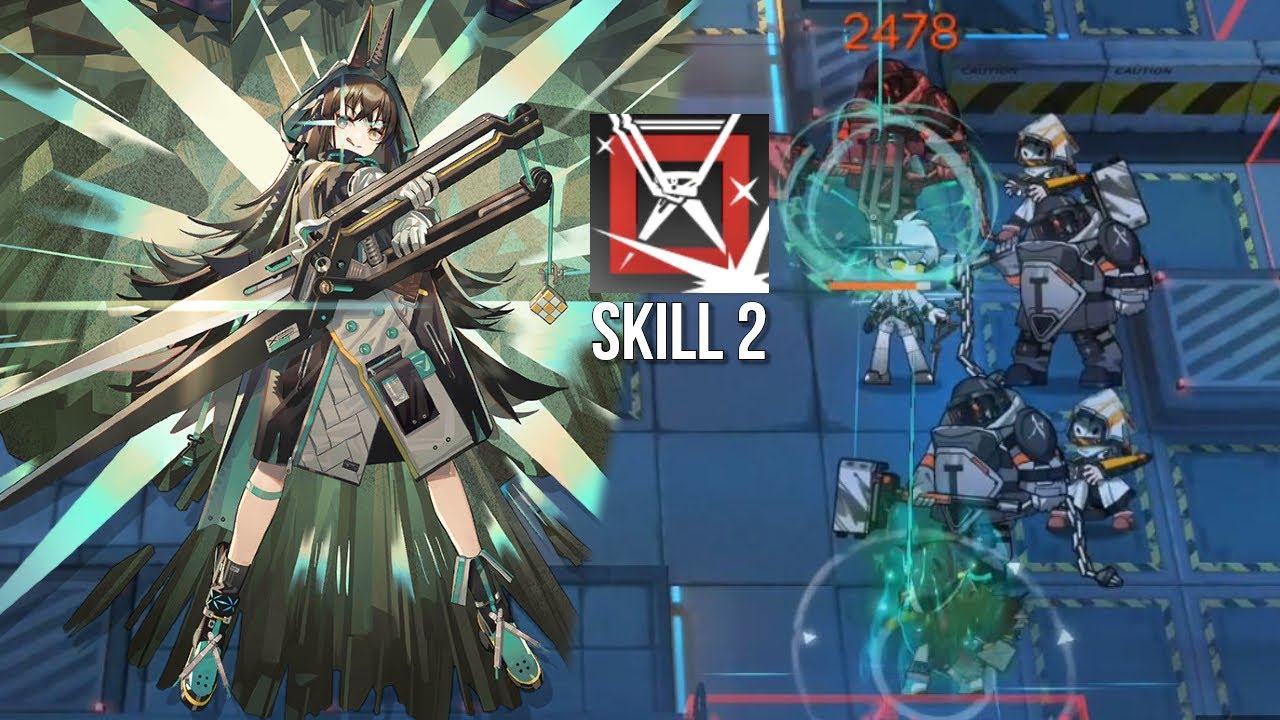 Since her sleep effect is a static 5 seconds at all levels, and that it lasts longer than Red’s stun, I’ve heard that some players are going to leave Kafka at E0Lv1 just for a cheap and easy access to sleep.

Yeah. Depending on whether you plan to use her for strictly her Sleep or as an Arts Assassin, keeping her at E0 for only 5DP (at max Pot) is certainly one way of using her. Very cheap to deploy and redeploy and 5 seconds of stall is pretty solid. The only downside is that, at the moment, only Blemishine can actually hurt sleeping enemies so sleep can’t be used for free hits (outside of Blemishine anyway) the way stun can.

Blemshine’s S2 has really shorter range than it is described( maybe a bug) and in most case i used it, i could only apply sleep on opponents hitting her on contact and there is no notable animation on sleeping enemies too.
Blemshine’s S2 is the only skill that has all the benefits of her talents.

Kafka’s sleep seems more reliable(the range is respected) and you can clearly see sleeping enemies , like Sora’s S1.
The guy on the first video want to cheat and use all of Blemshine’s advantages (all Talents + her deadliest skill S3) and he didn’t choose Nearl as second defender randomly neither.