It took her almost two years to work up the courage to leave her room and go to the pool, but she’s finally made it outside and is showing off her own swimsuit. I guess she couldn’t let her chat friends Tamamo and Kiyo continue ahead of her forever and she left quarantine beach ready, I was quite the oposite.

Did she spend her time inside beneficially training herself, or is she near useless now like a few other Summer Servants, all sizzle and no steak?

S1 is a 3-time/3-turn 50% Crit boost, with a very small Evade built in. The fact the crit boost isn’t for just one turn means that you could prioritize the Evade on like a boss NP turn if you wanted. She has low base attack for the crit damage to benefit, but she has enough other buffs that it’ll help out anyway (native star gen isn’t amazing though, so bring help).

S2 is a standard Charisma, with a nice party-wide Ignore Evasion for 3 turns. The less cool Ignore Invincible. As a demerit though it applies a taunt to a specific enemy - so, in 3-turn farming that won’t be a problem, or in a solo-boss CQ, but in a CQ like we just had with the Summer 3 Rerun where it’s a boss rush, a focused taunt on an enemy could pose a problem.

S3 is a selfish Arts/Buster buff for 3 turns @30% each. Since she has the Emiya/Arjuna/Semiramis deck with 3 Arts but a Buster NP, this is a good boost to most of her damage types.

Place your Amazones.com order, since she needs a lot. Gunpowder (132), Dust (84), Arrowheads (60), and Cores (36) will take the majority of your time. She needs Shells (12) because it’s a law that swimsuit Servants do and then also Gears (10) for her Ascensions.

Verdict:
All of her skills are great for upping her damage, even making up for her low base Attack. However, they’re aren’t really as important to raise from 9—>10 as things like Batteries are, so if you don’t plan on making her a focused and constant part of your team they can be safely left at 9 and you can give those Lores to other skills.

NP:
Her NP is an AoE Buster, dealing low damage but then boosting all allies Buster and Ctit damage (based on OC) by 20% and 30%, respectively, for 3 turns. Because of her Arts-heacy deck and NP gain, its possible to get this off twice and stack the effects for at least one turn.

But to begin with, it is abysmally low. NP1 clocks in @15k/Target neutral, which is going to be the lowest Archer NP in the game assuming NP2+ of the free options Kid Gil and Touta and NP3+ welfare Nobu.

It does pick up quite a bit though, doing 25k/Target when NP5

The best comparison for Osakabe is Emiya, but he’s had an NP Interlude to push his damage there well above hers, and multiple skill strengthenings. Still, you could expect Osakabehime to have:

This does stack up to be pretty good, assuming you fire off one NP.

Final word
She’s not bad or terrible, but she is in kinda a weird place, much like Emiya was pre-buffs. You want to have her crit more than wave clear, so a Waver or Merlin pair well with her more than Tamamo who would be the normal Arts support. You could also pair her with herself (Assassin version) but with only 1 Quick card she can’t take advantage of that buff entirely.

Also, Waver has a defense buff and a Damage cut, and Osakabehime has a passive damage cutting as well that taken together add up quickly for her, especially with class advantage as well.

In a final, final note - we were robbed because the CE art for “Foxy Lady” is far better than her actual art as a Servant. I thought DW was out of the 3 arts buster np phase but I guess not.

Might want to take out the hyperlink. Last time I made an amazones dot com joke someone reported it led to an inappropriate site.

Uugh, those mat requirements are icky. I love ya batty, but that many bullets and cores? Not that you’re coming home with my sq dedicated to merlin…

someone reported it led to an inappropriate site

those mat requirements are icky

Somehow have all the mats but fluids though.

She looks great but its a shame her deck colours doesnt match.

Very indifferent to her myself. The only thing she has going for her to me is her np animation is very creative. Other then that she’s a roll to np1 get her for collection purposes and tell her to continue to shut herself in in my second archive

She fills more of a Buster semi-support role than a dedicated attacker. If you time it right with some good RNG you could pretty easily shoot off her NP twice and then Gong her away.

Those material requirements are a nightmare, but I love Hime and I’m going to roll for Musashi, so she has a high chance of showing up on the first rolls.

Kinda neutral to her overall.
Her use of origami creatures is great, and her kit has some unique gimmicks that could be fun.
For example, need that charisma effect, but don’t want to just focus on one enemy?
Simple, target a weak enemy and use her AoE NP to kill that targeted enemy and then you’re free from the target focus! can’t be forced to target something that isn’t there

Seems to be a buster crit semi-support with an anti-Evade niche, definitely some potential uses for that.

I love her design concept, both visually and kit-wise. A mix of support skills and offense skills, the taunt demerit, ignore evade, crits… it all really ties into that idea of a sharpshooting “Creature Hunting” player, and I just love that aesthetically. Shame she’s a little underwhelming in practice and also on the wrong banner for me, with Pingu Melt upcoming.

Summer Osakabehime’s Arts cards actually have the highest NP gain out of all QAAAB deck Servants. 2.01 is something you’d see out of Servants who only have a single Arts card, if one of her Arts cards was replaced with a Buster her NP gain would still be above average and she’d probably be easier to use.

Osakbehime is in this weird position where she’s kinda a semi-support but doesn’t really excel at either roles. As already discussed , her NP damage is really low and she is reliant on all of her buffs to pull off damage with her face cards and she only has a single Buster card. Support wise, she has a similar problem as her base form where her main team skill is tied to her NP. She does have the NP gain to use her NP a bunch but it still requires prioritizing her face cards over the main DPS Servant.

Everyone else (Holmes) gives it on an NP

I love her design. I might aim for at least one copy just to gain access to her Sure Hit buff. 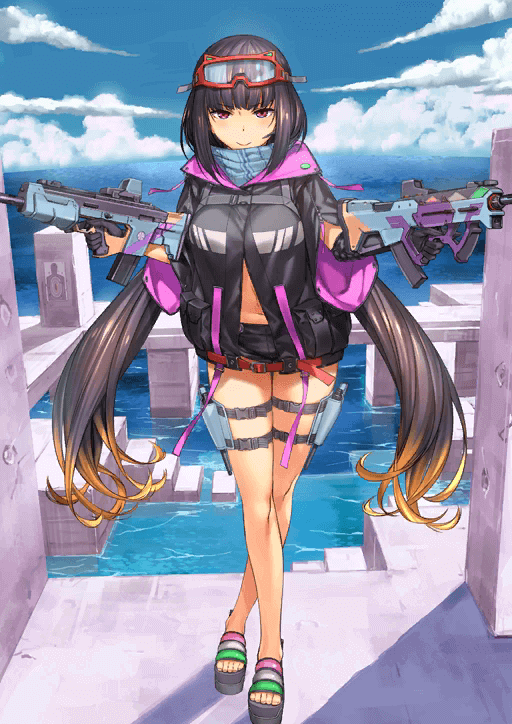 TLDR
Low NP damage and buffs locked behind her NP