Porygon-Z is the best raid attacker

in extremely unique situations. An interesting video about Porygon-Z coupled with Mega Pidgeot in Partly Cloudy weather. Tl;dr is that the Mega boost coupled with the weather boost puts Shadow Porygon-Z on par with other Pokemon against certain raid bosses, particularly mono-type Pokemon or dual-type Pokemon whose typing cancels out super effective (like Fighting against a dark/fairy). 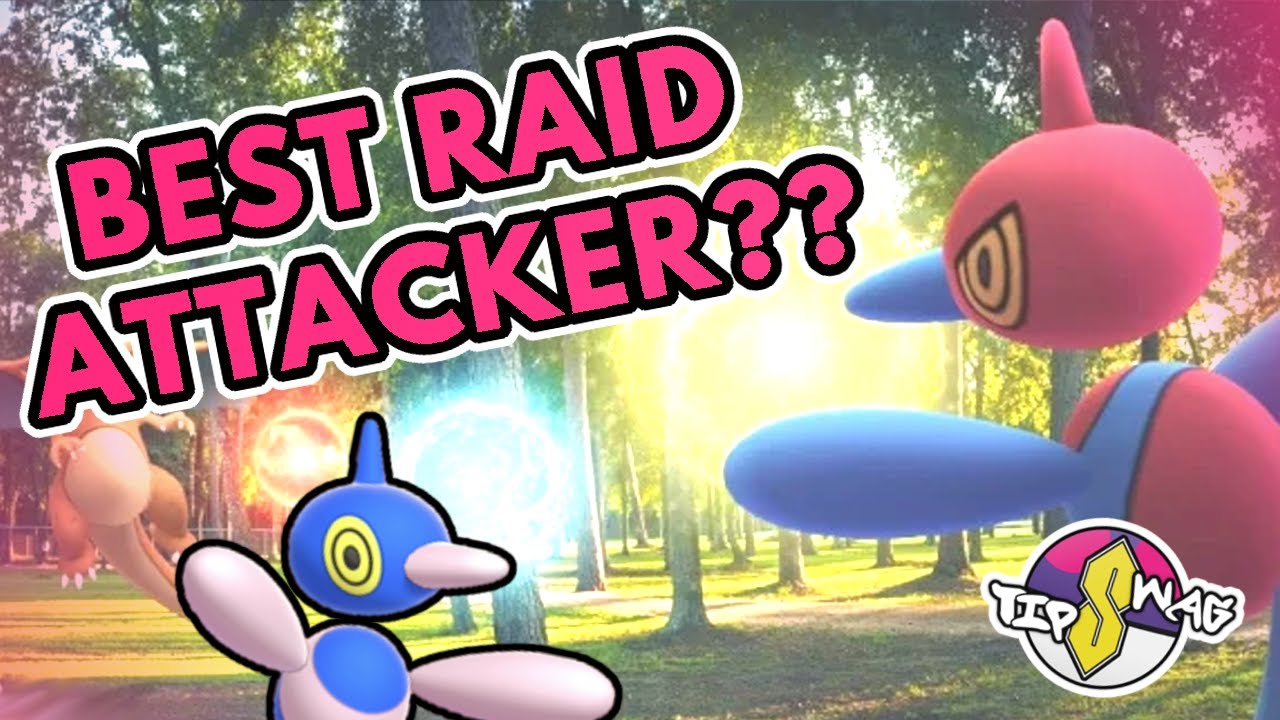 I can’t think of any extreme super unique situation that Porygon-Z can be best the attacker, while at the same time the other attacker is a mega pidgeot using flying moves. If the boss is a dark/fairy, two metagross should be more efficient. Also, The guy applied 30% mega boost, but is ignoring the fact that shadow mewtwo would get a 10% boost from mega pidgeot, which its DPS would’ve been 27.94. Unless you want to say that in a partly cloudy day, against a boss that resists psychic move, and you’re not looking at the whole team’s DPS but specifically player A’s DPS, maybe shadow porygon-Z can be the best. But why would you do that

I know is supposed to be a goofy strategy(according to the video author at least), and is interesting, but they are too many flaws on the strategy, aside from the cost of leveling expensive shadows and rent a pokemon…I mean the use of a subpart(but cheaper according again to the video) mega.

The problem first is that it didn’t take in account the TDO(this is impactful because the only thing that porygon resist is ghost, which also resist normal, so it only will be good against a not ghost Pokemon that use ghost charge moves) also for this to work effectively the players will need to coordinate to have one or many mega pidgeot alive during the fight, which PROBABLY reduce the damage input of those players…also all players should be using shadow porygons to be able to receive mega pidgeot types bonus during partly cloudy weather instead of other megas.

So, interesting on theory, but pretty far from useful.

It is blatantly wrong to say that Porygon-Z is “the best normal-type attacker” when: That difference in DPS in tiny but Regigigas (triple G) gets double the TDO. And that’s even against the Shadow variant! Even if Regigigas is using Zen Headbutt, its just below MegaM2 Y and is better than any Hidden Power variant of Shadow Porygon-Z in partly cloudy weather.

tl;dr if you want a normal-type generalist, Regigigas is what you use. Sorry Porygon, too little too late.

Yeahhhh if you aren’t trying to max your Gigas good luck getting many Giga Impacts off before you die. I think I’d rather bulk up my Porygons then spend like 100 rare candies

Regigigas does have enough bulk to pull off using 1-bar charge moves. I mean, its basically a meme anyway so if you’re going to spend a bunch on something that’s not very useful, spend it on what you want! I for one am not going to be maxing a Shadow anything-normal-type but if you wanna try it out, go for it!