Potential Servants not in FGO...yet

Since we got talking about it a bit in the Arthur Proto/Chaldea Boys summon thread, I figured I’d list the characters that have been confirmed to qualify as servants and under what class if that information is revealed yet. Some of these have probably been mentioned elsewhere already, but I couldn’t find any thread clearly dedicated to it, so this way the information is easy to find for those interested (such as those involved in the servant design thread). I’ll update this list every once in a while if there are more additions.

This first list doesn’t cover servants already summoned in other Fate works, I may add those to this thread later, but for now it’s just servants that we haven’t seen summoned before but have been confirmed:

Not outright confirmed, but characters mentioned in Fate that could be servants:

Let me know who from this list you’d most like in FGO. For my choice I’d pick Captain Kidd, due to it being unclear whether he was truly a pirate or if his allies betrayed him and withheld evidence of his innocence. Would be interesting to see how he interacts with the pirate servants.

[Added] Servant Groups we know about already but are missing members from:

[Added] Servants in FGO that we can’t summon yet, summarized in case of spoilers:

[Added] Servants from other Fate series, put in summaries in case anyone’s worried about spoilers:

I left out the ones that are leaked already (aside from Agravian because of counting him in the group) because the fourth comment on this thread lists all the leaked servants already.

I like the sound of the Wright Brothers and General Lee. I would like more American servants that aren’t villains or jokes.

I would assume Rider, but Saber could be possible as well.

This is the list of Leaked Servants that they have found coding for but haven’t been put into the game yet. It predicted many servants who were later released like Calamity Jane and Saber Astolfo: 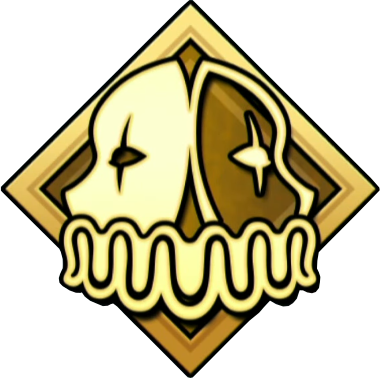 The list is old datamine. I do not add new servants like Thomas Edison or James Moriarty

Thanks for adding that, good to include the leaked ones here as well, since we know they’ll be in the game eventually, whereas the others I listed are simply confirmed to be heroic spirits and could be added someday if they decide to.

Great list! I was hoping they’d provide a bit of rationale for why some of these qualify for the classes that they do, but I guess it’s up to us to research why.

So Abraham Lincoln qualifying for Saber is apparently from a sword duel he once took part in. But honestly, if something like that which isn’t widely known is the basis for someone’s class, it makes me wonder if he’d be very strong as that class in the first place (not to mention that he’d be pretty close to modern times, which would already make him weaker like in Edison’s case).

Lincoln might be interesting, but I thought all US presidents were ugh, fused with Thomas Edison.

In the version of Edison from this world due to the America singularity, yes. However, we have several servants from other worlds (Arthur and Musashi as the prime examples, though there are others), so it’s still possible.

Its wild that Robert E. Lee can be a ruler

Nasu is on some shit

I know you said not servants who have been summoned elsewhere so I don’t know if this counts but Magni (Thor’s son) from Fate/Kaleid. He is the heroic spirit of the Berserker Class Card that Beatrice uses.

The Alter Ego I’ve been waiting for.

Most wanted servant but I think she’s never going to be summonable. I suspect the datamined information relates to her appearance in the US singularity.

the year of the daddies

Yeah, I was counting Magni among the servants from other series. I plan on adding that list here as well, the first one just took a while to write up, so I figured I’d write it up another time.

Sun Wu Kong anybody? we just need to Journey to West II. And yeah, I hope DW do justice to him. He is the most badass character in Chinese Myth imo.
Other servant I think we need to have is Genghis Khan. As he has build the kingdom which conquered more land than Rome or King of Conquer himself ever did. In other word, he is the closest person who almost conquer all the world. His title literally mean King of World/Universe. I hope I can see alternate world where Genghis Khan succeed conquering all the world (ofc in fiction only).

There’s all the Fate Strange Fake servants like Richard the Lionheart, Alcides, etc and it would be remiss of me not to mention Arcueid… again

Its wild that Robert E. Lee can be a ruler

Nasu is on some shit

Would be a first Evil-alignment scales-type, eh (Lawful Evil, perhaps?).

Since the leaked list has been mentioned, Extella-crew still absent from FGO might as well be mentioned: Archimedes, Karl der Große/Carolus Magnus, Charlemagne.

Also…Tamamo Vitch and Ashiya Douman might make it into Gudako’s crew too. Hopefully.

That precious thing will probably be out once LB 5.2 hits, no?

Tbh I’m kind of surprised Scylla didn’t show up during the Odysseus event. (Tho she is featured in Circe’s extra attack; some myths say that Scylla was Hekate’s creation AKA the goddess who according to some myths taught Medea magecraft in Colchis and since Circe uses similar magic I guess this makes sense?)

Tbh expecting these during Camelot Lostbelt along with Galahad and hopefully a Welsh Dagger-weilding Arthur/Artoria.

Kind of surprised we didn’t get these with the CCC rerun. I dunno when else they’d come.

LB4 has come and gone, and so have my hopes for Sita

I have a friend who has “saving for sita” as message on the friend list since the america chapter came out. That’s dedication right there so I hope sita gets release soon (+ 2 years I guess) for that person’s sake.

but proto gil would be awesome, I need more nakamura yuuichi on my roster

I do wish we could get the real Genghis Khan someday.

Don’t get me wrong, I like Altera, but we all know they like to genderbend some of the biggest names in history and put them in skimpy clothes just to sell more quartz.

Proto Arthur proves that DW is capable of releasing servants who hew more closely to our (not Nasuverse’s) world’s version of history. So let’s have the “real” Musashi, Okita, Emperor Nero, Ushiwakamaru, etc. come out.