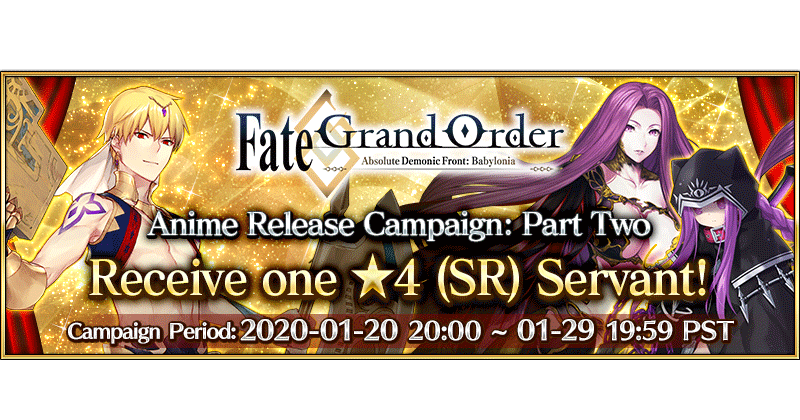 Please for the love of god read this guide before you go off to make your own 4* ticket post. It goes into great detail about all the available servants and should hopefully stem the tide of all the 4* ticket posts.

Question on the guide. It mentions skipping Parvati if you have Valkyrie. I would love to get Valkyrie when she arrives on NA, much more than Parvati. Is she just as good(or better) at Quick loop farming as Parvati?

I find it amusing that Skadi compatibility was listed as minor but the only two highly recommended servants are Parvati and Lancelot.

I still think if you’re worrying about your SR ticket choice you’re probably not willing to drop cash to get Skadi. Getting Lancelot and then not getting Skadi would suck big time.

If you don’t mind waiting for Valkyrie, she’s just as good at farming compared to Parvati. She has a lower NP gain and no NP gain buff compared to Parvati, but her NP has a higher hitcount and she has a passive NP regen skill so they end up with somewhat similiar refund. Parvati will overall deal lower damage than Valkyrie but she does have better burst damage that can handle the 3rd wave due to her 2nd skill. Valkyrie is better at star gen so she can compensate for the lack of burst damage with more consistent crits.

Between Parvati and Helena which would you recommend? While I don’t have a party np charger in my team, I do have two kscopes. Couldn’t I just use a support Waver instead for farming? That’s why I’m leaning towards Parvati but idk.

Can Ruler Martha be selected?

No, limited servants are not a part of this.

Such a wasted opportunity

Ignore the guide, go for stheno.

The guide was the very first thing I rushed to.
Right now, I totally have no idea who to choose.
I was one of the crowd who went for Lancelot (Saber). First free ☆4 decision was easy to make back then.

As for other classes, they are pretty much covered by free event Servants. For Caster, I happen to have both currently highly-recommended Helena and Nitocris from my failed attempt to summon ☆5.

So I think I’ll try for more suggestions here

Dang katou is the only story-locked servant that isnt recommended…

You might want to consider a ☆4 that you already have, but could use a higher NP level. Higher NPs make for easier farming during lotto events like the current Da Vinci rerun. Faster runs make for more drops overall.

I’ve got NP4 Helena and Fran, and NP3 Nitocris and Emiya Archer. The extra boost to their attacks make a difference. It’s also cheaper on mats than having to raise a whole new servant.

Please for the love of god read this guide before you go off to make your own 4* ticket post. It goes into great detail about all the available servants and should hopefully stem the tide of all the 4* ticket posts.

The anticipation for the flooding is intense. We all know it’s inevitable.

I wouldnt say meaningless, its not like there are no servants from non quick meta on there, but If skadi’s as much of a game changer as I’ve heard it makes sense that the best loopers would be highly suggested

Yeah let me rephrase that, I was talking about the colors. The pros and cons they listed are very helpful.

Part of this decisions depends on whether or not you’re fine with sticking with a support Waver for all your farming needs. Helena with your two kscopes should be able to replace a support Waver in most, but not all, situations and she has the added benefit of having an offensive A.O.E NP to help with farming. This would also mean that you would have the freedom to experiment and use other support servants. If you’re perfectly fine with constantly using a support Waver then go ahead and choose Parvati.

I’m going for Helena this time, but Danzou is next for sure.

It’s also cheaper on mats than having to raise a whole new servant.

Unless at least one ☆5 appearing before Da Vinci event ends, I would have to use my overloaded ☆4 embers on new Servants before claiming the prizes

I’ve been back and forth the guide but still can’t decide. Would consider NP2 Lancelot (Berserker), but I need to have Skadi first