Saber Wars II Part 2 Banner: Join the Dark Side, We Have Cookies! :fgo_mhxastare: 🍪

Hello everyone! After going through the wayward outlaw (

) and the wild space chase of the bounty hunters (

) banners, the magnificent Dark Side of the Force makes its entrance! Featuring the same CEs of part 1, it stars Limited 5 star Mysterious Heroine X Alter: Young padawans, you have until 11/06 21:00 Pacific Time to unlock the true power of the Force and roll for these magnificent Servants. This is a particularly good chance to roll for peerless Sith swordmaster, Yagyuu Munenori, who rarely gets solo rate ups.

Best of luck in your rolls! May the Empire and the Force be by your side. And remember: be careful on coming quickly or otherwise

will eat them all.

Ready for 6th anniversary, to build the strongest Yagyu Munenori on all servers. 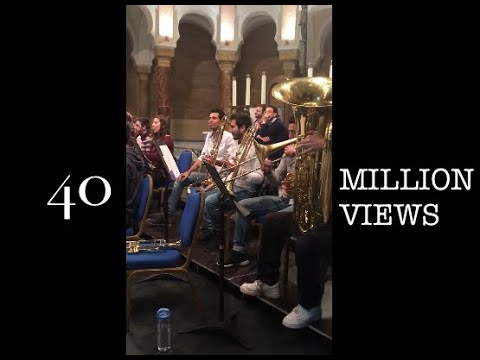 Now to put that aside, congrats for those who’ve rolled beforehand and good luck to those going to

I think her download celebration banner would have been a better time to be tempted; I got NP5 Yagyu in Ooku and Kama already made me question rolling MHXA.

Best of luck to those rolling their duty shirking sweet-toothed Artoria!

I already got MHXA at NP3 from the other year, so this is a pass after testing my luck and opening the wallet for Space Ishtar. She is a fun Servant, though!

If only I could do the same with Salter… But alas, there probably will be no more Salter rate ups anymore considering her last jp single rate up was for her rank up and heaven’s feel campaign, and that passed on na.

Wow, I’m weak. I’ve been telling myself it’s a bad idea to roll on this banner since my Chaldea is literally stuffed full of Berserkers and my NP5 Yagyu means another copy would just be a waste, and I should be saving for Thanksgiving etc, etc.

Lo and behold, I suddenly find myself rolling the banner out of boredom due to running out of AP, and this happens on the 8th roll:

Berserkers really really love me for some reason…

Already have her at NP2 and she is fine like that. When she receives her future NP upgrade she will be overkill to most ST bosses so trying to be greedy would be detrimental from part.

May the Altrium bless all who will try to get her for the first time or grab more NP levels.

MHXA is very cool, but after spending so much SQ to get Spishtar, I can’t really justify pulling on this when I really need to save for Castoria, especically if I YOLO anything for Skadi.

Best of luck to the rest of you!

Thanks again for making the thread Chessie. I had been too busy with other stuff in RL to do the rolling threads, but this is appreciated. Next year I should have time to author the SWII re-run Part II banner with X in it.

Regardless, this Excellent X-Alter thread will do more than fine. Because yes, it is true that the dark side has cookies. <!>

Now that this is out, I have a very notable update from my previous post. After ~900 more SQ, here my new results:

[image] Ex is now NP2 <!> and this will help in the eventual plan to NP5 on her Grail Live summoning banner in somewhat less than two years from now.

In addition to this, I got an Astraea spook (Now NP3, which helps make up for my Case Files summons early this year) along with another copy of Karna (NP2 now) and NP3 Yagyū, the former of which is much welcomed and the latter being a unit that I’m excited to try out and level up.

Also managed to summon enough copies to MLB the event’s three CEs all of which I like, specially the art, and in particular for the 5-star one.

Here’s how these three look now, That’s all. Overall, it worked out in the end despite a very rough start at the beginning of it all. And thanks once more for all the good luck wishes from the peeps yesterday and before. [

Wow congrats on the good luck this time! You deserve it!

And now your patrols will be that much more ready to put an end to the Saber menace!!!

I was not constantly checking this thread every 30 mins or so just to congratulate you.

You’re actually the best Lost. Stop being so nice and mindful for once, haha. But seriously, thank you again. You never fail to put a good spin on things señor!

Edit: I’ll be there to congratulate you as well when the times comes too!

I really love the darth maul design of MHXA, so I decided to use the leftovers of my SIshtar budget (20 single summons)
summons 1 -7 nothing
summon number 8 … gold sparks … assassin ?? … Stheno

OK, I wasn´t spected that but well … Wich will be the recomended NP level for her? I think NP2 is enougth what would you think?

These Saber Wars banners have been very successful to me and I wish that every one have the same lucky.

So many many grats Zero!

I knew you’re devotion to the X s would be rewarded and there it is!

Good job on the acquisition of more capable Space Patrol! A proud day for the HU!