We’ve reached the point I guess that @Psychedeliccreature started doing topics for servants as they released in JP or we’ve been there for a while already, I only remember from around this point though but instead of reviving a dead thread from 2 years ago, we can have a new one all to our NA selves

Arts Crit ST Sabers are a fairly common typing, with Dioscuri, Benienma, Yagyu, Hokusai, Saberlot, and Summer Medb all fitting that bill to some extent. Saito Hajime was the captain of the Shinsengumi’s third unit, and now he comes with Guda Guda whatever number we’re on - and I’m so thankful that Guda Guda Honnoji Final wasn’t actually the final, since Guda Guda just doesn’t miss.

Saito tends towards the middle of the 4* Saber pack in terms of stats for offense and defense, and his skillset provides a mix of both as well.

Skill 1 is a combined Arts/Buster buff (20% for 3 turns for each) with a decent star bomb - 20 stars at max. He does have a BBAAQ deck with an Arts NP, so he’ll get a bunch of use from this skill, and he does have crit damage via a small passive and his S3, but he doesn’t have a way to reliably draw those stars to himself, so you’ll just have to hope RNG is on your side.

Skill 2 is purely defensive - it is a 1-turn Evasion with a 3-turn 18% Defense buff. I don’t like the 6 turn CD at max, and Evasion is worse than Invincibility, but this skill is fine. At the very least it doesn’t force you to choose between the survival and 1 turn of damage bonuses like many skills do.

Skill 3 is another damage buff, with a 30% attack and a 100% crit damage buff, both for the lesser of 3 attacks or 3 turns. I prefer this to 1-turn damage buffs, since while you might miss out slightly on damage if you had a Brave chain (the extra attack won’t have any buffs) it isn’t wasted if you only draw one or two cards for him on the turn that you use it, or if you have the inevitable miss on a 90% crit

This can also help against break bar enemies, as you might be able to use just his NP to break the first bar, and then on the next turn use a couple of crits to delete the next one.

His S3 append is anti-Assassins. It’s there

Mugyo is a ST Arts NP that has a pre-damage OC-based Arts Resist down for the enemy (20% at base), deals the usual amount of damage, and then reduces the enemy’s crit chance by a flat 20% for 3 turns. This is able to deal a pretty good amount of damage, as he’ll usually have at least an effective 50% Arts buff if you add in his S1 and probably a 30% Attack buff from his S3. It’s also kinda spammable, so that could increase on the next turn.

So, for just NP damage Yagyu would win, but he also is limited to 1-turn damage buffs. Saberlot falls the furthest behind, but he has the best crit access and reliability, and Hokusai kinda sits in the middle with pretty good NP damage and crit damage. Saberlot and Hokusai have NP charge skills, while Saito doesn’t really need them as his NP gain on NP (with 2x Castoria) is really good. My personal opinion is that he’s the best overall of those 4, but can’t do the same things Yagyu can (CQ solos), and despite having a higher ceiling (100% vs 50%) he’s behind Lancelot in regards to crit damage since he only has that for 3 attacks, while depending on card draw Lancelot can get that 50% for up to 10 (well, more if you ran a Saberlot solo but in a team and without BB or Bunnytoria it’s only going to be a max of 10 cards in 3 turns).

For overall NP damage, Saito’s is high, being I think the 2nd most for a 4* behind only Yagyu, but it isn’t high enough to put him over any ST 5*s.

Saito is a very solid Servant - he isn’t perfect, he isn’t OP, but he also isn’t unnecessary or under powered. He’s able to walk into a space that already has some very strong competition and make a name for himself there that lets him stand out without invalidating who was already there (yes, this is a reference to how Summer Ibuki just kills the need for Summer Musashi). Anything that he doesn’t have right now that I think I’d like for him would be something that would end up stepping on the toes of others, so I’ll forgive his relatively weak second skill since that’s the one I’d replace.

instead of reviving a dead thread from 2 years ago

Definitely because I wanted to keep things relevant and not because I advocated for Summer Medb NP looping over him and want that forgotten, no way

Not as bad as Fujino or Summer Carmilla tbf, but yes. He isn’t nice about how many things he wants. 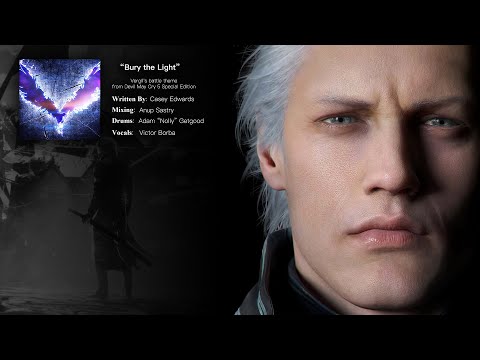 Alright this is the perfect time to ask why is he such a beloved character (one of the most grailed 4* servants) ?
He doesn’t seem so amazing IMO , his kit is pretty normal so is it for his character design, personality, lore or what?

I BEG to differ I dont have a problem with him as a character or anything, but tf is this design?

He doesnt excel in any st arts saber niche with yagyu dunking on him for ST and lance for sustained damage. And with hokusai being free, why does he exist?

Where is this thread of which you speak

I really was ready They were hyping him up on the wiki

But Lancelot and Kerry are the Gen Pool SRs I want to pull the most and I’ve never pulled either of them, I had to use a ticket

Its just weird because he’s the most recent in this niche, for NA at least, but he’s just ehhhh

Or it looks that way on paper

Glad I’ll get to enjoy him in the event now that it’s on NA, maybe even enough to give me the push to take him to 120.

Thats me with drake and mordred as SSRs

I feel like the decrease arts resist for 3 turns, the arts steroid, the attack and 100% crit damage for 3 turns really adds up

And especially if he can keep NPing, he’s just stacking that decrease arts resist with insane crit damage

This I might not agree with, best Saber sure but not best 4* overall

but also because he looks deadass super cool

He actually loops really well, but yes as with most characters he’s hyped for his character and visuals. Most characters that top Grailing lists are a combination of character love and niche excellence. On NP alone his refund is I believe the highest of any ST Saber.