This is a weird and very personal question, I will freely admit. I’m just making sure of one thing before we get into this event. For those who have done Amazones on JP or at least know what caused the sudden disappearance of employees…

…they’re not on strike, are they? We’re not scabbing when we help out the company, are we?

Because… man, I grew up in a double-union-parent household, and you couldn’t pay me to cross a picket line – and when I say something like that, I have to mean it, even if 200 floors of Setsubun give some really nice loot. So, um… whatever the reason is, it’s something else, right? You don’t have to tell me what, if so. But if they’re out on strike… I may skip an event for the first time since I joined.

I have no idea about any strike, but Penth is a good Servant and deserves help.

Thing is, some of the things that you get told in Story aren’t necessarily true or correct, and they get revealed to be otherwise at the end. We just saw some of that in Enma-tei, and Argatha has something not entirely different.

Maybe start the event and pay close attention to the Story? Then stop if it goes in a bad direction.

Edit: looking at the description, there’s absolutely ZERO hint of a “strike” of any sort.

Normally, if there’s going to be a strike, then there would be a set of demands laid out by the workers, along with some sort of negotiation. If there’s a picket line to be crossed, then the workers would still be somewhere manning that line.

In the description, Amazones is said to have “the very best benefits package” (in stark contrast to the Servantverse Space Police that previously employed MHXX). There was zero mention of labor unrest, walkout or strike.

Rather, the employees “mysteriously vanish overnight,” which makes it a mystery.

As it is, I have Penth, am extremely sympathetic to her, and I will absolutely be helping her out!

I don’t know the answer, but I’d like one too. Reading the event’s text description was Awkward with a capital AWK. Hits just a little too close to home given the Amazon reference and its actual real-life treatment of workers, especially recently.

If the answer’s bad I’ll probably still do the event, but hit skip on the story as fast as my fingers allow.

I used to work at Amazon myself.

I was more astounded at how disgustingly annoying it was to put things on the shelves in the warehouse.

Disorganized too given I was fired on Overage errors that could have possibly, just possibly, been because the people in receiving didn’t do their job properly in registering things to the ‘cages.’

Isn’t the point of a strike that you actually know they are on strike? Leaving your employer guessing as to what your intentions are won’t help your position.

I kinda see where this take is coming from, but by stating they have the best benefits package, they seem to be implying it isn’t a strike and something else is happening. No doubt we’ll discover what that is as the event progresses.

I think this is the weirdest place to draw the moral line when it comes to FGO’s subject matter.

Fiction can touch on real nerves in unexpected ways. Someone seeking information on how to prevent that potential hurt, and knowing to back away if necessary, is a mature response.

The Skip button is pretty handy in that regard. Hell, it’s not even an event that matters in terms of its plot.

Sure, and that’s why I’m willing to use it. Inflection’s nope threshold may be in a different place which requires something else for them. They’re not asking anyone else to do the same; just wanting to know so they can safely manage their own enjoyment how they need to.

Sometimes fiction is easier when you know there’s no real-world reference or equivalent involved.

I think this is just going to be a silly, lighthearted event (like most events really) but I can see where the concern is coming from. Although lest we forget, the Amazoness CEO actually works and delivers packages instead of not really going to space

But but… there’s only so many plate bikinis a girl needs! 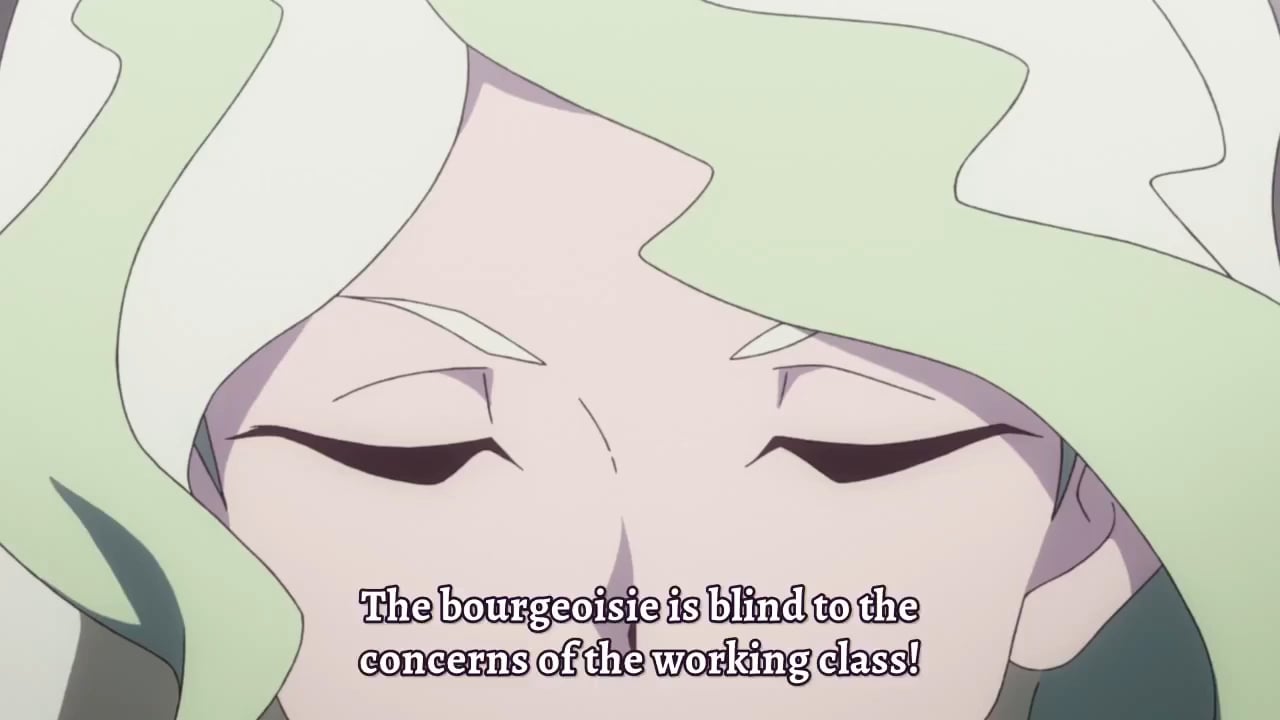 Isn’t the point of a strike that you actually know they are on strike? Leaving your employer guessing as to what your intentions are won’t help your position.

So far I think this is the best answer, since I don’t think anyone here knows from the other end of the plot. Even if it turns out that they were on strike, if Fujimaru couldn’t have had any way of knowing they were, morally he’s in the clear for me.

And yes, as people have pointed out, I am aware this is… an odd point to get hung up on. ^_^ Just chalk it up to my raising.

(Yes, yes, we’ve killed millions, or at least re-erased their histories. Self-defense and all that…)

If the employees were going on strike for some reason like workplace issues, wouldn’t they let the employer know about it? It doesn’t seem like Penth is a bad boss or anything, so maybe something might have happened to the employees?

Or there’s a sudden backlog and they need outside help to get it done.

Like if there’s a complication with getting things to a warehouse and all of a sudden you have a few dozen semi’s to empty instead of a few at a time.

Actually that happens, iirc that had happened when I worked in Amazon. I remember getting congratulated that we were emptying out a truck so fast. I find it sus that when i was there it was getting done faster.

Apparently the employees are just missing. Ms. CEO says it wasn’t a strike. No contact with employer either so that’s also a strike against the ‘strike’ theory.

They were either distracted by something or simply taken away.

oh I got it. They must still be chasing saber badges!

Ha ha, yes, I was just coming in to post this…

Penth is the CEO that we all want. She’s always looking for new ways to make life better for her employees, with constantly improving benefits and perks. I would work at Amazones.

^
tfw you realize how low the bar is given said CEO is a temperamental Darwinist casually and openly wielding an actual morningstar. I was reminded that the game I was playing was, in fact, not grounded in reality because she said she paid taxes