Servants that you thougth that they were from other class

So the titule, this idea came to mi mind when i remember the first time i hear about the Bryn and the concept of the Brynhildr romancia, i thougth that she was a Berserker for the things of been crazy and having to kill the persons that she fall in love, i really thougth that she was a zerk but i was wrong, and i was also surprise that she doesn’t qualify to that class.
So tell us if this have happen to you and with what servant? i once mistook jeanne for saber

I thought Izō was a Saber. 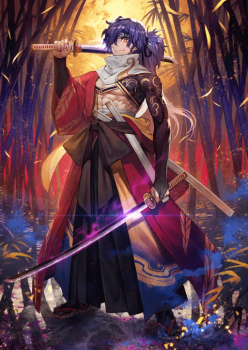 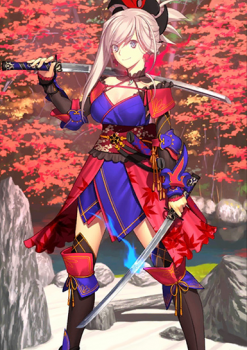 That second one is pretty funny coming from Gilgamesh, his sword-to-bow use ratio is even lower than Emiya. Prototype Gilgamesh at least uses his bow for his NP even if he doesn’t use it for anything else, but FSN Gil’s NP is a weirdly shaped sword instead of a bow.

I still find it weird that DW would think First Hassan looks cooler if he has a sword, which to be fair is not exactly the kind of weapon I think of when I think of ASSASSIN. Apparently a scythe would have been too obvious.
Oh sorry, let me correct myself. It seems that, according to DW, a scythe would qualify you for Lancer-class Servant
I suppose that if classes made sense according to the weapons they used, Fate wouldn’t be a thing.

Back on topic, funny Archers without bows aside, I would like to mention that back when Sherlock was announced for last year’s Anniversary I thought:
“Well, it’s another literature character. Of course it’s a Caster.” And then you see RULER.
“Oh I’m sorry. I didn’t know Sherlock was such a proficient detective that he became a freaking Saint”

I still have my doubts as to what qualifies as a Ruler Servant. Then again, we have Samba Quetz, so clearly not even DW gives a damn. It is funny, though.

I’m pretty sure Sherlock mentioned it in his trial quest as to why he’s a Ruler. Something about the Throne or something giving him the Ruler capabilities in order to solve the mysteries in Part 1 impartially. He even admitted his real class was Caster when he was introduced.

If I remember correctly he said it had to do with being an arbiter, or observer or some random crap like that.

Yeah. Something like that. He was given the class to freely do his job.

While watching Apocrypha I kept thinking that Achilles was a Lancer even if I knew we already had Vlad and Karna, he just gives me heavy Lancer vibes when he’s not on his chariot.

He also reminds me lot of Chulainn so that’s not helping either.

And special mention to Ozymandias, the Rider who doesn’t ride anything and fights like a Caster.

Well, you weren’t that far to be honest, he capable to be summoned as one

I still have my doubts as to what qualifies as a Ruler Servant. Then again, we have Samba Quetz, so clearly not even DW gives a damn. It is funny, though

I mean theoretially one of the things that you needed to be a Ruler was been pretty religious, so what can be more religious then a god himself?

so what can be more religious then a god himself?

Also, another thing that came to mind is how since Riders are characterized by having a powerful steed/vehicle/etc as a Noble Phantasm, they all wield different kinds of weapons that, naturally, don’t bring the word “Rider” to mind. These ranging from swords (Astolfo, Iskandar, Quetzalcoatl), staves (Ozymandias) or even Caster Balls (I’m looking at you Marie Antoinette /pre-update Martha).

I’m pretty sure Marie was a result of being added for historical reasons since France and all. And they thought of her class afterwards and chose Rider cuz she certainly didn’t do anything to warrant any of the knight classes in which represents most historical rulers.

Mephistopheles, I mean, how is he a caster? He is a demon clown with a pair of scissors, which sounds like a berserker to me. Also, many lancers have mounts, yet almost all riders doesn’t have one.

I can’t help thinking that Rider was a mistranslation somewhere.

Although Ivan and Ozy should both be reclassed as caster.

Although Ivan and Ozy should both be reclassed as caster.

I dunno, Ivan does ride a gigantic mammoth…or whatever that was. And while it’s not technically a mount, we could say Ozy rides a Pyramid, which is incredibly stupid but very funny. (I know he has those sphinxes phantasmal beasts or whatever)

I can’t help thinking that Rider was a mistranslation somewhere

Why do you think that?

Although Ivan and Ozy should both be reclassed as caster

Not really, they may not look like that but is for simple reasons, innthe case of Iván his mount is extremely big si he doesn’t use it in combat that much, and in the case of Ozy his mount is literaly a space ship that shot solar beams, he just command it from the earth

He have the sphinxs that are part of his true NP but he have a mount, is his spaceship that shot solar beams from the space, he have this because he is a encarnation of Ra the sun god

You know I actually either didn’t think of that or I haven’t read the profile info appropriately. I’ve only noticed how a similar beam comes out of the sphinx’s “face” in his Extra attack, but I never actually pictured that in particular.
I suppose it has something to do with his NP description where it says:
" Magical bombardment by means of the " Dendera light " is its main offensive measure"