Hello, fellow trainers. I am currently facing a problem with the Go Battle League.

Over the last two days, I have had massive lag issues in the Go Battle League (but not during any other part of gameplay). I usually start the battle with a Powder Snow/Ice Punch Alolan Sandslash, and at that point, everything works fine, even though the game shows a “weak connectivity” message. But as soon as i switch to my Dragon Breath Gyarados, many of my taps don’t register, causing me to charge up slower and deal far less damage than i should. Even when Crunch is finally charged up, i have to tap for over a second to actually fire it, which can happen with a slower fast move like Waterfall, but not a really quick one like Dragon Breath.

When the opponent uses a charge move, the timer flips between numbers constantly, but is still counting down overall.

The game shows a “weak connectivity” message even though my phone is connected to my WLAN network at home and the internet connection itself is working fine. There is no lag while catching Pokemon or during team leader battles. Changing to the mobile connection does not make a difference. This also occurs during individual PVP battles.

I am really not motivated to do any more battles in the Go Battle League until this issue is fixed, i have lost 4 battles in a row which, judging by the opponent’s team composition and previous experiences, i would have easily won. I have already filed a report to niantic using the in-game Chatbot.

Pokemon Go version is 0.165.2-G. The google play store does not offer any newer version thus far. I did not switch phones, and as far as i recall, there was no major update to the firmware either. One other player in the local discord group reported similar issues, but others did not.

It’s already 11 pm over here, i will only be able to respond in about 18 hours from now.

I don’t know what the answer to this is. The battle system is pretty new so I assume there are still bugs in it. Today I started a match, and while the match was going on it went back to the pre battle screen. I restarted, and got back automatically in the match, albeit my lapras was farmed down to 1/10th hp by a charizard. Shit happens, hopefully it gets better soon

I have this problem also altough it is not as masive as your problem, only have the. In some of the battle, not always.
And in my experience, it is occur whether you are using a good cellphone connection or wifi.
So maybe it is not a connection issue related, but some bug instead ?

Today, i updated the game manually, which seems to have alleviated the issue only marginally, this time using the mobile connection at my workplace.

I have this problem on two devices, both samsung phones, one is slightly above two years old (a Galaxy A6), the other a few months (a Galaxy A50). I never had any such issues during Great League or during the first days of Ultra League using either of these phones, so i suspect that a bug was introduced at some point between the 13th/14th of February and now. 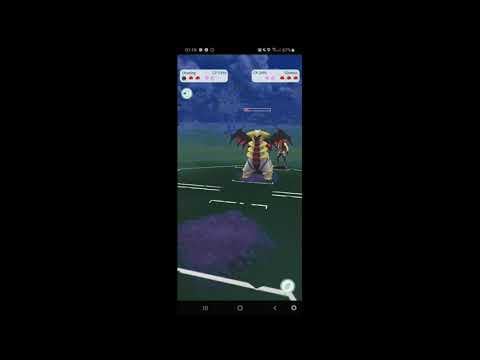 So it apparently is a “feature” to fix the airplane mode exploit.

Hi there,
Same thing here… I had issues with 3 fights out of 5. First one, I wasn’t able to use my shield or my charge attack (fast attack was working). Second one, intense lag, can’t use my charge moove when it was ready. Last one, get hit by two consecutive charge moove, make the game “freeze” on the death animation of my mon…
I feel… salty =(

My opponent pokemon is not displaying sometimes, I have to look at the writing on the top right to know what I´m facing.

i have exactly same issues, but much longer. I also stopped playing because i losing even advantage matchups because of lags.

I am also experiencing this since the update. Hopefully they fix it next time they update or all the effort I put into my battle league Pokemon will be wasted.